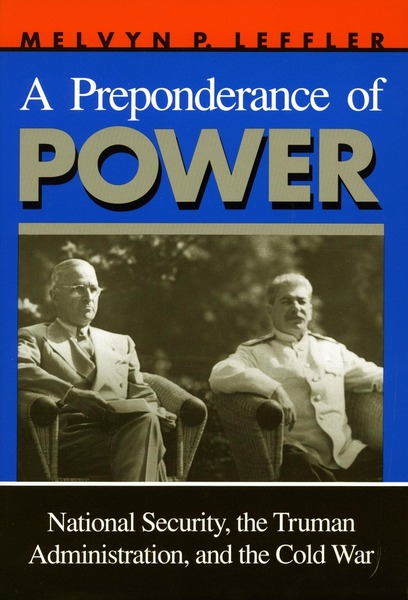 Winner of the 1993 Bancroft Prize, sponsored by the Friends of the Columbia Libraries.

Winner of the 1993 Robert H. Ferrell Book Prize, sponsored by the SHAFR.

In the United States the Cold War shaped our political culture, our institutions, and our national priorities. Abroad, it influenced the destinies of people everywhere. It divided Europe, split Germany, and engulfed the Third World. It led to a feverish arms race and massive sales of military equipment to poor nations. For at least four decades it left the world in a chronic state of tension where a miscalculation could trigger nuclear holocaust.

Documents, oral histories, and memoirs illuminating the goals, motives, and fears of contemporary U.S. officials were already widely circulated and studied during the Cold War, but in the 1970s a massive declassification of documents from the Army, Navy, Air Force, the Joint Chiefs of Staff, the Department of Defense, and some intelligence agencies reinvigorated historical study of this war which became the definitive conflict of its time. While many historians used these records to explore specialized topics, this author marshals the considerable available evidence on behalf of an overall analysis of national security policy during the Truman years. To date, it is the most comprehensive history of that administration's progressive embroilment in the Cold War.

Melvyn P. Leffler is Professor of History at the University of Virginia.

"Magisterial . . . This book is without question a major achievement. It is a masterly work of synthesis, weaving together in a single coherent study the various and often contradictory trends in previous historical writing on the Cold War's origins. It is indefatigably researched . . . and most important, it is an intellectually honest work. . . . A fine book."

"The best book to date on the Truman administration and the origins of the Cold War."