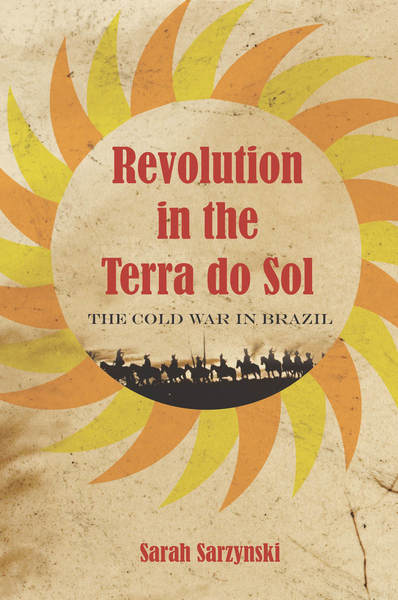 Sarah Sarzynski's cultural history of Cold War–era Brazil examines the influence of revolutionary social movements in Northeastern Brazil during the lead-up to the 1964 coup that would bring the military to power for 21 years. Rural social movements that unfolded in the Northeast beginning in the 1950s inspired Brazilian and international filmmakers, intellectuals, politicians, and journalists to envision a potential social revolution in Brazil. But in the wake of the Cuban Revolution, the strength of rural social movements also raised fears about the threat of communism and hemispheric security.

Turning to sources including Cinema Novo films, biographies, chapbook literature, and materials from U.S. and Brazilian government archives, Sarzynski shows how representations of the Northeast depended on persistent stereotypes depicting the region as backward, impoverished, and violent. By late March 1964, Brazilian Armed Forces faced little resistance when overthrowing democratically elected leaders in part because of the widely held belief that the violence and chaos in the "backward" Northeast threatened the modern Brazilian nation. Sarzynski's cultural history recasts conventional narratives of the Cold War in Brazil, showing how local struggles over land reform and rural workers' rights were part of broader ideological debates over capitalism and communism, Third World independence, and modernization on a global scale.

"Revolution in the Terra do Sol deftly analyzes the different images and tropes about the Brazilian Northeast that were employed by peasant groups, the Catholic Church, the U.S. government, the Brazilian Left, and conservative elites to justify their understanding of the region's reality as social conflicts intensified on the eve of the 1964 coup d'état."

"This book gives serious consideration to powerful recurring tropes of Northeast Brazil—messianic communities, bloodthirsty bandits, starving peasants—and will help readers to appreciate the power of these vivid representations, and to identify the ways in which they limited understandings of the complex social struggles taking place within Brazil in the years before and after the dictatorship of 1964-1985."

"Sarzynski's incisive analysis...critically adds to traditional historiographical emphases on peasant mobilization and counterinsurgency doctrine. In tracing the broader historical arc and cultural framework of northeastern Brazilian power struggles, she demonstrates the methodological value of an interdisciplinary approach to the history of Cold War Latin America."