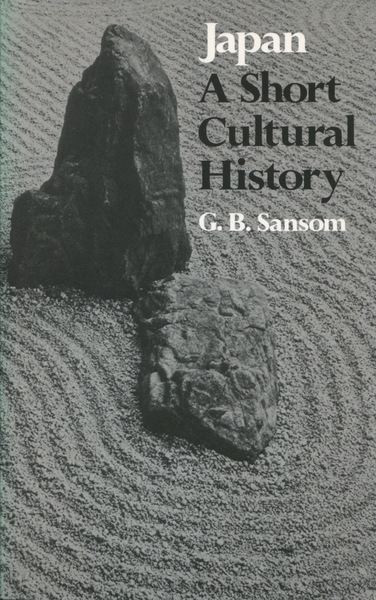 Japan: A Short Cultural History was first published in 1931 by the Cresset Press in London and D. Appleton in New York. Writing in the Journal of American Oriental Society in 1959, Edwin O. Reischauer, Harvard professor and leading scholar in Japanese history and culture (and future United States Ambassador to Japan) said this of George Sansom's comprehensive account of Japanese history:

"When Sir George Sansom's Japan: A Short Cultural History appeared in 1931, it raised the study of Japanese history in the West to new levels. Its penetrating analysis of institutions, sensitive interpretations of cultural developments, and stylistic charm contrasted with the plodding pedestrian surveys and over-written anecdotal accounts that had hitherto served in the Occident as introductions to Japanese history."

The present Stanford edition, the first to appear in paperback in the United States, is a photographic reproduction of the British edition except in two particulars: eight of the original twenty plates have been dropped, and the maps have been redrawn by Margaret Kays. In redrawing the maps it was decided to retain the author's terminology, orthography, and dating even where these have been discarded or suspended by more recent scholarship.