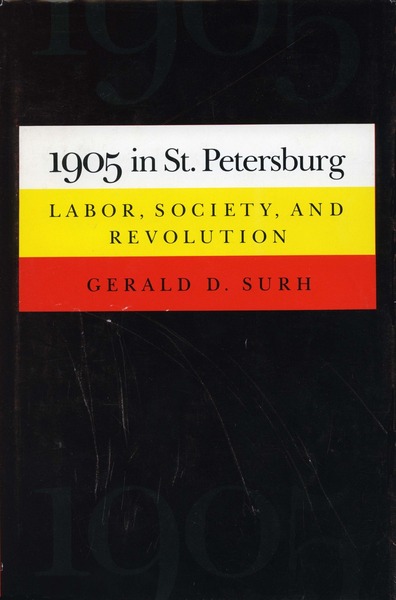 This account of the St. Petersburg labor movement during the First Russian Revolution focuses on the sources and meaning of the extraordinary explosion of labor militancy in 1905 - a year that saw more striking workers than ever before in Russian history, almost a quarter of them in the capital. In contrast to earlier works, which have explained this militancy by stressing the political leadership of the Social Democratic party, the author offers a more complex and balanced picture that takes account of not only the moderate sectors of the opposition, but the initiative of the workers themselves. Situating the labor movement within the social and political ferment of early-twentieth-century Russia, he analyses the reshuffling of relations between workers and the intelligentsia that stood at the gateway of the entire revolutionary period. The result is an account of the revolution that takes a fresh look at the interaction of workers, the educated opposition, and the revolutionary parties, yielding a new appreciation of the role of each. The analytical narrative on 1905 is preceded by several chapters establishing the precedents for the mass strikes that erupted in that year and documenting the long- and short-term reasons for the workers' rapid turn to political protest. The study treats both the indispensable contribution of the revolutionary parties to the political education of the Petersburg labor force and their failure to reach the vast majority of workers. The great events of 1905 itself are framed and elucidated from a number of vantage points in detailed studies of strike actions and worker leaders, factory and union organizing initiatives, liberal overtures to the labor movement, and the incipient and actual breakdown of public order in the capital. The narrative culminates in the October General Strike, when workers organized the first Soviet of Workers' Deputies, a unique fusion of their own autonomous militancy with the ideas and leadership of their socialist and liberal allies.