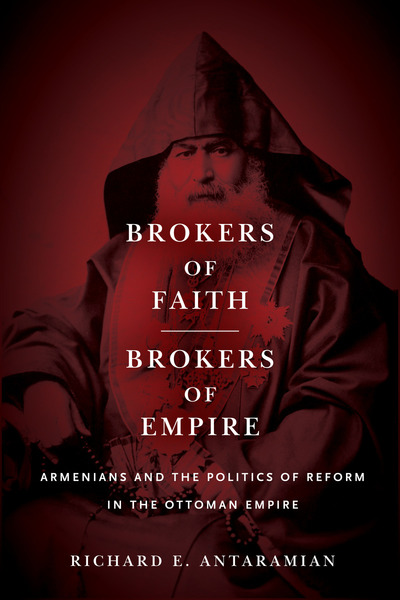 Winner of the 2021 Der Mugrdechian Outstanding Book Award, sponsored by the Society for Armenian Studies (SAS).

"Brokers of Faith, Brokers of Empire eschews conventional accounts of nationalism and secularism, and is fully conversant with revisionist writings on the Tanzimat. Armenian reformers, Richard Antaramian persuasively argues, were more Ottoman than the Ottomans in embracing reform. Ironically, this left them vulnerable, as shown in this vivid account."

"Brokers of Faith, Brokers of Empire challenges and enriches our understanding of Ottoman governance on the cusp of the age of nationalism. Richard Antaramian provides a much-needed corrective to a historiography that often presents 'Armenian' and 'Ottoman' as mutually exclusive categories. An empirically rich work."

"Brokers of Faith, Brokers of Empire is an exemplar of archive-powered study that is successful in depicting the Armenian nation in its own rights and struggles."

Richard Antaramian on Ottoman modernisation and the Armenian community