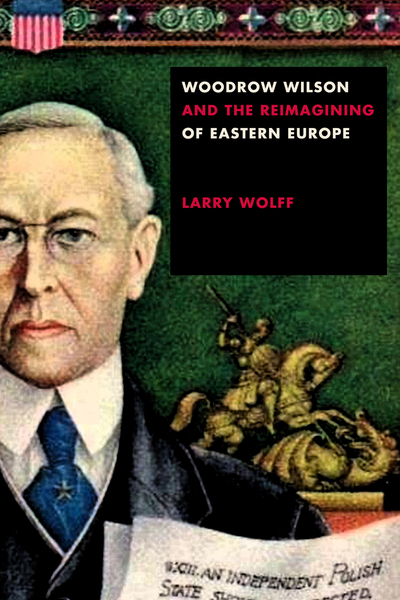 Woodrow Wilson and the Reimagining of Eastern Europe
Larry Wolff

At the 1919 Paris Peace Conference, where the victorious Allied powers met to reenvision the map of Europe in the aftermath of World War I, President Woodrow Wilson's influence on the remapping of borders was profound. But it was his impact on the modern political structuring of Eastern Europe that would be perhaps his most enduring international legacy: neither Czechoslovakia nor Yugoslavia exist today, but their geopolitical presence persisted across the twentieth century from the end of World War I to the end of the Cold War. They were created in large part thanks to Wilson's advocacy, and in particular, his Fourteen Points speech of January 1918, which hinged in large part on the concept of national self-determination.

But despite his deep involvement in the region's geopolitical transformation, President Wilson never set eyes on Eastern Europe, and never traveled to a single one of the eastern lands whose political destiny he so decisively influenced. Eastern Europe, invented in the age of Enlightenment by the travelers and philosophies of Western Europe, was reinvented on the map of the early twentieth century with the crucial intervention of an American president who deeply invested his political and emotional energies in lands that he would never visit.

This book traces how Wilson's emerging definition of national self-determination and his practical application of the principle changed over time as negotiations at the Paris Peace Conference unfolded. Larry Wolff exposes the contradictions between Wilson's principles and their implementation in the peace settlement for Eastern Europe, and sheds light on how his decisions were influenced by both personal relationships and his growing awareness of the history of the Ottoman and Habsburg empires.

"A significant contribution to the historical scholarship on Woodrow Wilson and his role in peacemaking after World War I. Larry Wolff recognizes both the confusion and the clarity in Wilson's endeavor to implement the principle of national self-determination."

"The multifaceted author Larry Wolff returns to deal with the theme that he confronted in Inventing Eastern Europe, adding now the key element that concerns what we know about Wilson's commitment to the contradictory political construction that became Central Europe from 1919 to 1989."

"Wolff's enthralling account traces the way the president's principles clashed with the messy reality of historical frontiers and political rivalries in the region."

Capsule Review: Woodrow Wilson and the Reimagining of Eastern Europe