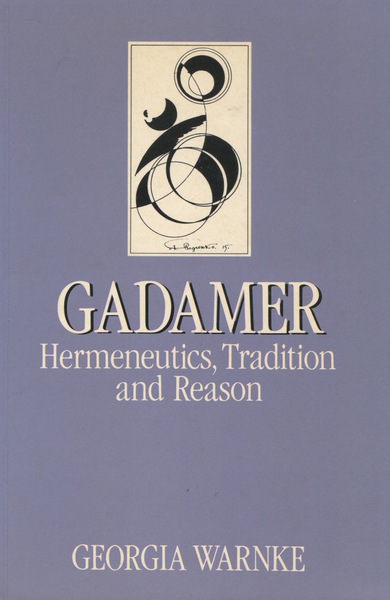 Hans-Georg Gadamer is one of the leading philosophers in the world today. Since the publication in 1960 of his magnum opus Truth and Method, his philosophical hermeneutics has been the focus of a great deal of attention and controversy. His ideas have been applied to questions of interpretation in the study of art and literature, to issues of knowledge and objectivity in the social sciences, and even to reevaluations of philosophy itself.

This book is a systematic introduction to Gadamer's work, presented with a clarity of exposition and argument that makes it rewarding to non-philosophers and philosophers alike. It is constructed around a series of debates on historicism, authorial intention, subjectivism, ideology, and the "New Pragmatism," and it pays particular attention to how Gadamer's work has been interpreted and criticized by such philosophers as Hirsch, Habermas, Apel, and Rorty. The dialogic form, which is in itself a central feature of hermeneutic theory, gives the book an immediacy that textual exegesis cannot achieve.

This is the first book in the series, Key Contemporary Thinkers, which will make available the ideas of some of the most influential philosophers of our time. The series will cut across academic disciplines and will include books on European, British, and American thinkers.

Georgia Warnke is Assistant Professor of Philosophy at Yale University. She translated Karl-Otto Apel's Understanding and Explanation: A Transcendental-Pragmatic Perspective and is co-editing Habermas and Philosophy: A Reader.