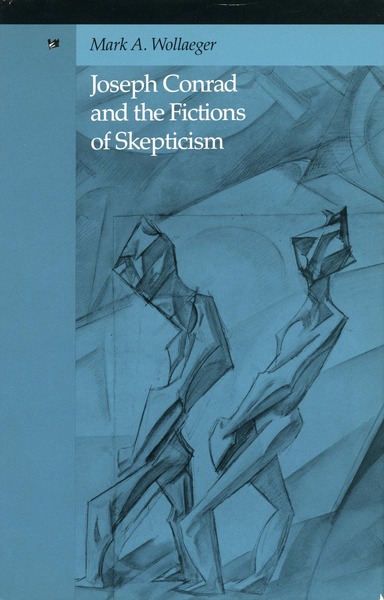 Joseph Conrad and the Fictions of Skepticism
Mark A. Wollaeger

"You want more scepticism at the very foundation of your work. Scepticism, the tonic of minds, the tonic of life, the agent of truth - the way of art and salvation." Joseph Conrad wrote these words to John Galsworthy in 1901, and this study argues that Conrad's skepticism forms the basis of his most important works, participating in a tradition of philosophical skepticism that extends from Descartes to the present. Conrad's epistemological and moral skepticism - expressed, forestalled, mitigated, and suppressed - provides the terms for the author's rethinking of the peculiar relation between philosophy and literary form in Conrad's writing and, more broadly, for reconsidering what it means to call any novel 'philosophical'. Among the issues freshly argued are Conrad's thematics of coercion, isolation, and betrayal; the complicated relations among author, narrator, and character; and the logic of Conradian romance, comedy, and tragedy. The author also offers a new way of conceptualizing the shape of Conrad's career, especially the 'decline' evidenced in the later fiction. The uniqueness of Conrad's multifarious literary and cultural inheritance makes it difficult to locate him securely in the dominant tradition of the British novel. A philosophical approach to Conrad, however, reveals links to other novelists - notably Hardy, Forster, and Woolf - all of whom share in the increasing philosophical burden of the modern novel by enacting the very philosophical issues that are discussed within their pages. Conrad's interest as a skeptic is heightened by the degree to which he resists the insights proffered by his own skepticism. The first chapter introduces the idea of the Conradian 'shelter', and the next two use Schopenhauer to show how the language of metaphysical speculation in Tales of Unrest and 'Heart of Darkness' spills over into a religious impulse that resists the disintegrating effect of Conrad's skepticism. The author then turns to Hume to model the authorial skepticism that in Lord Jim contests the continuing visionary strain of the earlier fiction and Descartes to analyze the ways in which Romantic vision is more stringently chastened by irony in Nostromo and The Secret Agent. The concluding chapter touches on several late novels before examining how competing models of political agency in Conrad's last great fiction of skepticism, Under Western Eyes, situate it somewhere between ideology critique and a mystified account of the exigencies of individual consciousness.