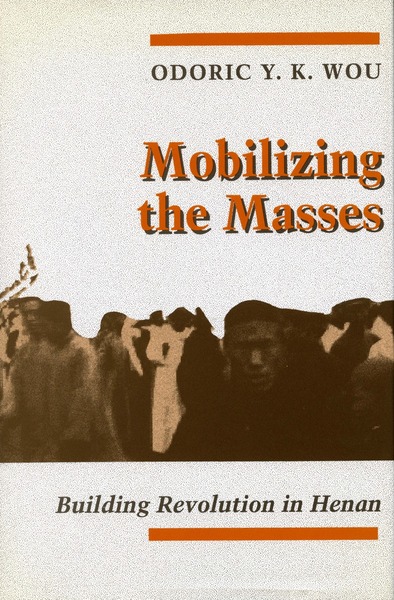 A study of the roots of revolution in the Chinese province of Henan, this book describes in detail more than two decades (1925 to 1949) of the efforts of the Communist Party to build mass support for revolution. These were decades of social and political crisis, beginning with the May 30th Movement, exacerbated by the Japanese invasion in 1937, and culminating in the Communist victory of 1949. Looking for historical continuities and changes, the book traces the Communist movement's trajectory from the cities to the countryside and back to the urban centers, in the process testing the major social science paradigms of peasant-based revolution. The author studies the interaction in Henan between the Communist revolutionaries and various groups that constituted the social base of the revolution - workers, religious sectarians, rural elites, student intellectuals, the military, and, above all, the peasantry. He closely studies the behavior of these groups and explains the social and structural forces that facilitated or constrained the Communist movement. He also shows how Communist mobilization tactics changed to accommodate such varied settings as the war zone, the mountains, and the floodplain. The author concludes that the key to the Communists' victory lay in their ability to maneuver their way to political power, their skillful use of nationalist sentiment, and their community and reform programs that ultimately won over the peasant masses. Thus, he sees the Chinese Communist movement as a dual revolutionary process of power politics and social revolution.

"This is an absolutely splendid piece of work, a landmark study of the Chinese Revolution. It is the first study of its kind to be based substantially on internal party documents acquired as a result of research access to the People's Republic of China in the last decade. Mobilizing the Masses is a superb piece of empirical research, placed in a convincing and original analytical framework, that ushers in a new generation of scholarship on the Chinese Revolution."

"Wou's treatment of the Chinese communist movement in Henan province sets a high standard for scholarship in the field. This book has many merits: meticulous use of a variety of understudied archives, effective and knowledgeable deployment of theoretical ideas . . . and an admirable ability to weave together an account of this 25-year period that makes sense of the story."