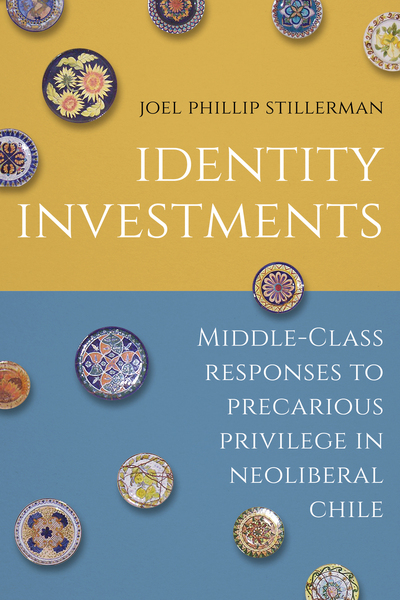 After Pinochet's dictatorship ended in Chile in 1990, the country experienced a rapid decline in poverty along with a quickly growing economy. As a result, Chile's middle class expanded dramatically, echoing trends seen across the Global South as neoliberalism took firm hold in the 1990s and the early 2000s. Identity Investments examines the politics and consumption practices of this vast and varied fraction of the Chilean population, seeking to better understand their value systems and the histories that informed them.

Using participant observation, interviews, and photographs, Joel Stillerman develops a unique typology of the middle class, made up of activists, moderate Catholics, pragmatists, and youngsters. This typology allows him to unearth the cultural, political, and religious roots of middle-class market practices in contrast with other studies focused on social mobility and exclusionary practices. The resultant contrast in backgrounds, experiences, and perspectives of these four groups animates this book and extends an emerging body of scholarship focused on the connections between middle-class market choices and politics in the Global South, with important implications for Chile's recent explosive political changes.

Joel Phillip Stillerman is Professor of Sociology at Grand Valley State University. He is the author of The Sociology of Consumption: A Global Approach (2015).