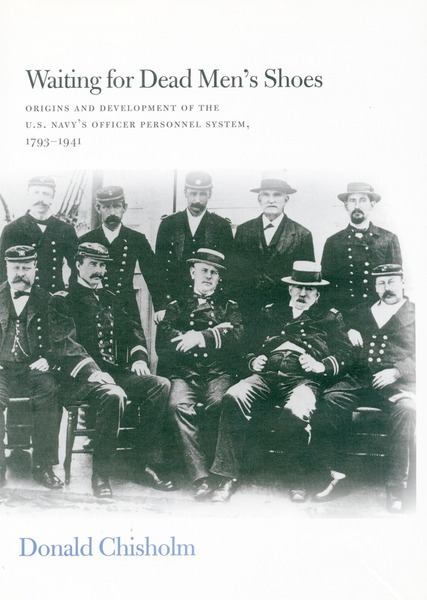 Winner of the 2001 Admiral Samuel Eliot Morison Prize, sponsored by the Naval Order of the United States.

This monumental study provides an innovative and powerful means for understanding institutions by applying problem solving theory to the creation and elaboration of formal organizational rules and procedures. Based on a meticulously researched historical analysis of the U.S. Navy’s officer personnel system from its beginnings to 1941, the book is informed by developments in cognitive psychology, cognitive science, operations research, and management science. It also offers important insights into the development of the American administrative state, highlighting broader societal conflicts over equity, efficiency, and economy.

Considering the Navy’s personnel system as an institution, the book shows that changes in that system resulted from a long-term process of institutional design, in which formal rules and procedures are established and elaborated. Institutional design is here understood as a problem-solving process comprising day-to-day efforts of many decision makers to resolve the difficulties that block completion of their tasks. The officer personnel system is treated as a problem of organized complexity, with many components interacting in systematic, intricate ways, its structure usually imperfectly understood by the participants. Consequently, much problem solving entails decomposing the larger problem into smaller, more manageable components, closing open constraints, and balancing competing value premises.

The author finds that decision makers are unlikely to generate many alternatives, since searching for existing solutions elsewhere or inventing new ones is an expensive, difficult enterprise. Choice is usually a matter of accepting, rejecting, or modifying a single solution. Because time constraints force decisions before problems are well structured, errors are frequently made, problem components are at best only partially addressed, and the chosen solution may not solve the problem at all and even if it does is likely to generate unanticipated side-effects that worsen other problem components.

In its definitive treatment of a critical but hitherto entirely unresearched dimension of the administration of the U.S. Navy, the book provides full details over time concerning the elaboration of officer grades and titles, creation of promotion by selection, sea duty requirements, graded retirement, staff-line conflicts, the establishment of the Reserve, and such unusual subjects as “tombstone promotions.” In the process, it transcends the specifics of the personnel system to give a broad picture of the Navy’s history over the first century and a half of its development.

Donald Chisholm is Associate Professor of Public Administration at the University of Illinois at Chicago. He is the author of Coordination Without Hierarchy: Informal Structures in Multiorganizational Systems.

"An exellent source of lessons to be learned."

"This lengthy, important, and almost unique book addresses U.S. Navy officer policy for the first two-thirds of the service's history."

"Donald Chisholm has provided us with an important book. It is the first comprehensive history of the development of the U.S. Navy's officer personnel system."

"Chisholm has achieved what he set out to do in fine style. He has provided a comprehensive history of naval officer personnel management and at the same time has shed light on the creation, structure, and problem solving that resulted in the organization we see today. From now on it will be impossible to write usefully about the history of personnel management without reference to this book. It promises to be a standard authority."

"[Waiting for Dead Men's Shoes] contains a wealth of descriptive detail on the general environment in which the personnel system developed and on the large cast of naval and political players involved. It is clearly organized, reads well, contains extensive citations, and includes an exhaustive bibliography. . . . it will stand as a definitive reference on the subject and will be used by many naval, administrative, and political historians for the rich material that it contains."