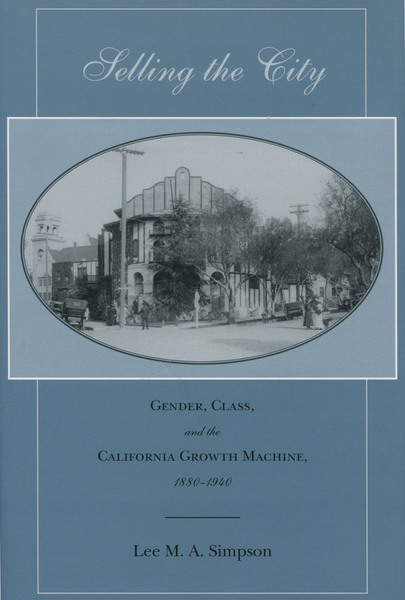 Between 1880 and 1940, California cities were in the vanguard in creating comprehensive city plans and zoning ordinances that came to characterize modern American city growth. This book reveals the means by which property-owning middle-class women achieved entry into the male-dominated sphere of urban planning. It suggests that women in California were not excluded from public life. Instead, they embraced the middle-class ideology of propertied self-interest and participated to the fullest extent possible in the urban struggle for regional dominance that shaped this period of western history. Likewise, as urban historians have presented this story as essentially male, this work suggests that although California's urban elite often maintained a division of labor along traditional gender lines, they clearly worked in a cross-gender alliance to shape a regional identity based on a commitment to urban growth.

"Thoroughly researched, this book will be of considerable interest to a broad range of scholars....All in all, this book is valuable both for its substantial accomplishments and for the questions it raises."

"[An] engrossing study of the historic role women have played in shaping California cities..."California History

"...Selling the City offers important insights into women's involvement in urban growth and development in the long Progressive era."

"Lee Simpson...does the field of California urban history a great service by investigating the role of women in turn-of-the-century civic boosterism and city planning."