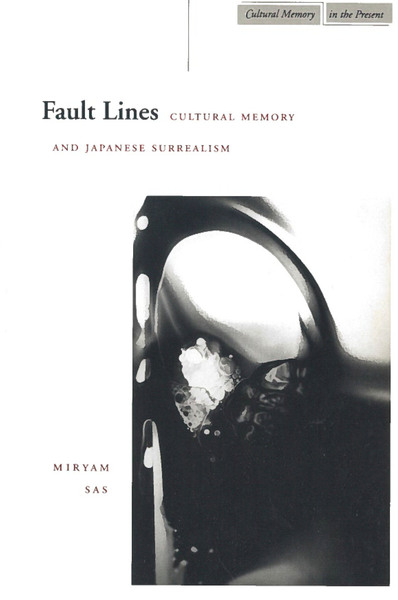 How can a movement like Surrealism be transferred, transplanted, or transported from one culture to another, one language to another? This book traces the creative dialogue between France and Japan in the early twentieth century, focusing on Surrealist and avant-garde writings. It opens a theoretical treatment of cultural memory, influence, visuality, writing, nostalgia, and nation to suggest a new perspective for the reading of modern Japanese culture and cross-cultural interactions. The author argues that the problem of literary influences should be recast as a problem of cultural memory, where analysis of causes and effects gives way to a deeper analysis of displacements and aftershocks, which she calls cultural “fault lines.”

The book analyzes the writings of Takiguchi Shuzo, Nishiwaki Junzaburo, Kitasono Katsue, and others whose work was associated explicitly with the Surrealist movement in Japan. It also incorporates readings of other experimental works and postwar performances that reflect the wider impact of these avant-garde ideas. The author argues that a vision of alterity, a foreign space located somewhere beyond, plays a crucial role in formulations of avant-garde praxis in both the Japanese and French contexts. Here exploration of Japanese notions of the Surreal, calling for a rereading of received notions about French avant-gardes, leads to a reconfiguration of this period, written less as a narrative history of literature than as the nonlinear route of a multivalent dialogue.

Japanese Surrealism is important both for the specific questions it raises and for its exemplary place as an encounter between cultures, literary movements, and languages. As a movement that challenges and breaks apart clear and bounded conceptions of language, poetry, and the transmissibility of meaning, Japanese Surrealism reframes the relation between content and consciousness and is thus a particularly strong and revealing case of cultural interaction. What this avant-garde encounter makes apparent is that inherent discontinuities and fragmentations within individual cultures can also become crucial opportunities for productive intersections between distant realities and distant cultures.

Miryam Sas is Assistant Professor of Japanese and Comparative Literature at the University of California, Berkeley.

"Miryam Sas's Fault Lines is an important contribution to an area of Japanese studies that has been largely neglected, the Japanese avant-garde. . . . Sas's close readings of Japanese surrealist translations, poetry, and criticisms are compelling. . . . Fault Lines contains no shortage of insights into a diverse international movement."

"But for those who have been baptized by the force of a peculiar language that emerged a century ago, Surrealism, with its inherent violence, fault lines, and dreams, Sas's masterful analytical performance would appear like a luminous guiding post, simultaneously pointing toward the past and the future. We will remember this work."