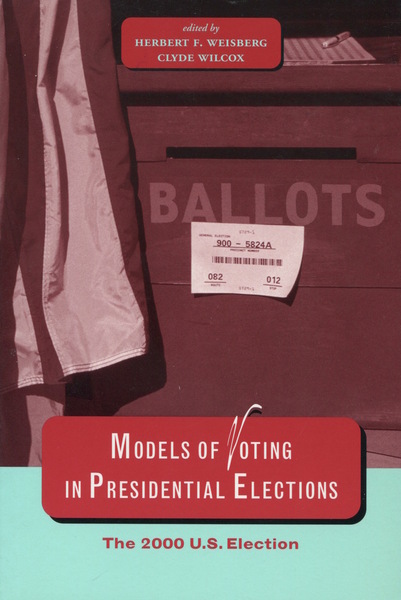 Models of Voting in Presidential Elections offers a comprehensive scholarly examination of the determinants of voter participation and vote choice at play in the 2000 presidential election. Unlike other books that focus exclusively on the drama and unusual circumstances of the 2000 election, this account examines larger issues surrounding the election and its outcome, asking why an election that traditional forecasting models predicted would provide a strong and clear victory for one side was ultimately so close.

Using a variety of models, the authors explore why the election was so close, what happened to the landslide that economic forecast models had predicted, and whether our traditional theories and approaches require reevaluation in light of the outcome.

This book analyzes a variety of matters fundamental to the 2000 election, including the influence of Bill Clinton, his dual legacy, and the economy. The authors detail changing voter coalitions and the influence of a gender gap. They also describe the role of divided government, how voter turnout affects election outcomes, the impact of minor-party candidates, and, more generally, the relative importance of partisanship, candidates, and issues.