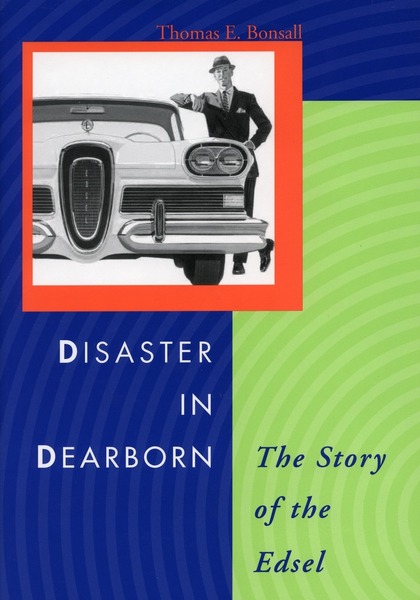 Disaster in Dearborn
The Story of the Edsel
Thomas E. Bonsall

Few cars in history have grabbed the public’s fancy as much as the ill-fated Edsel—the Titanic of automobiles, a marketing disaster whose magnitude has made it a household word. Remarkably, there has never before been a book that tells the whole story—how the Edsel was planned, created, produced, and marketed.

This richly illustrated book is the result of years of research by an award-winning automotive historian with access to the dark reaches of the Ford Motor Company’s archives. The author also interviewed most of the original key Edsel design team stylists, who have supplied additional archival material. The result is a unique history of the Edsel program from the initial discussions in the late 1940s, through the first sketches in the mid-1950s, to the last, unlamented 1960 models.

The Edsel story, however, deals with much more than a new brand of car. It was a key component in a deadly serious corporate undertaking at Ford Motor Company following World War II. Ford wanted to remedy years of mismanagement and return the company to parity with General Motors by dramatically expanding Ford’s presence in the burgeoning medium-priced field. The Edsel was the most spectacular failure in that effort, but was only one pawn in a complex, high-stakes chess game that was a thoroughgoing disaster from start to finish.

In the case of the Edsel, the failure was the result of almost too many factors to count: poorly conceived marketing, contentious internal corporate politics, bad quality control, and, ultimately, lack of support at the higher reaches of the corporation. The greatest irony of all, though, is that the Edsel—as this book demonstrates in its surprising conclusion—was actually a modest success that deserved continued management support.

Thomas E. Bonsall is the author of More Than They Promised: The Studebaker Story (Stanford, 2000, and The Lincoln Motorcar (1981, 1993), winner of both national awards for automotive history writing, the Cugnot Award of the Society of Automotive Historians and the McKean Cup of the Antique Automobile Club of America. His Avanti! (1978, 1994) is the only comprehensive history of the Avanti and Avanti II.

"Bonsall has not only found new approaches to the subject, but sheds fresh light on the oft-rehashed reasons for the Edsel's death. The book is well written, flows nicely, and artfully mixes personalities and corporate policies. It adds a great deal to our understanding of one of the twentieth century's biggest corporate disasters."

—James A. Ward, University of Tennessee at Chattanooga

"Bonsall's success is in an attention to details of development of the car and the book's rich illustrations. . . . These provide the best context for the Edsel story and serve to remind us that our largest companies can at times become hopelessly out of step with their customers."

"Thomas E. Bonsall, a veteran author of automobile histories, revisits the scene of [the] wreck and supplies an interesting thesis . . . .Disaster in Dearborn . . . .is lavishly illustrated, with dozens of pictures of real Edsels and sketches of Edsels that might have been."

"For those struggling to make sense of the product plan, the corporate culture, the automotive landscape, or how the modern Ford Motor Company came to be Disaster in Dearborn is a good place to start."

"Bonsall's book is sure to appeal to the dedicated car fancier and the armchair historian in all of us."

"With a number of great black-and-white illustrations accompanying this interesting story, Bonsall has created a winning tribute to an unfortunate loser."

"Easy to read, and packed with many rare photos, Bonsall's book is a must-read for any automotive enthusiast." 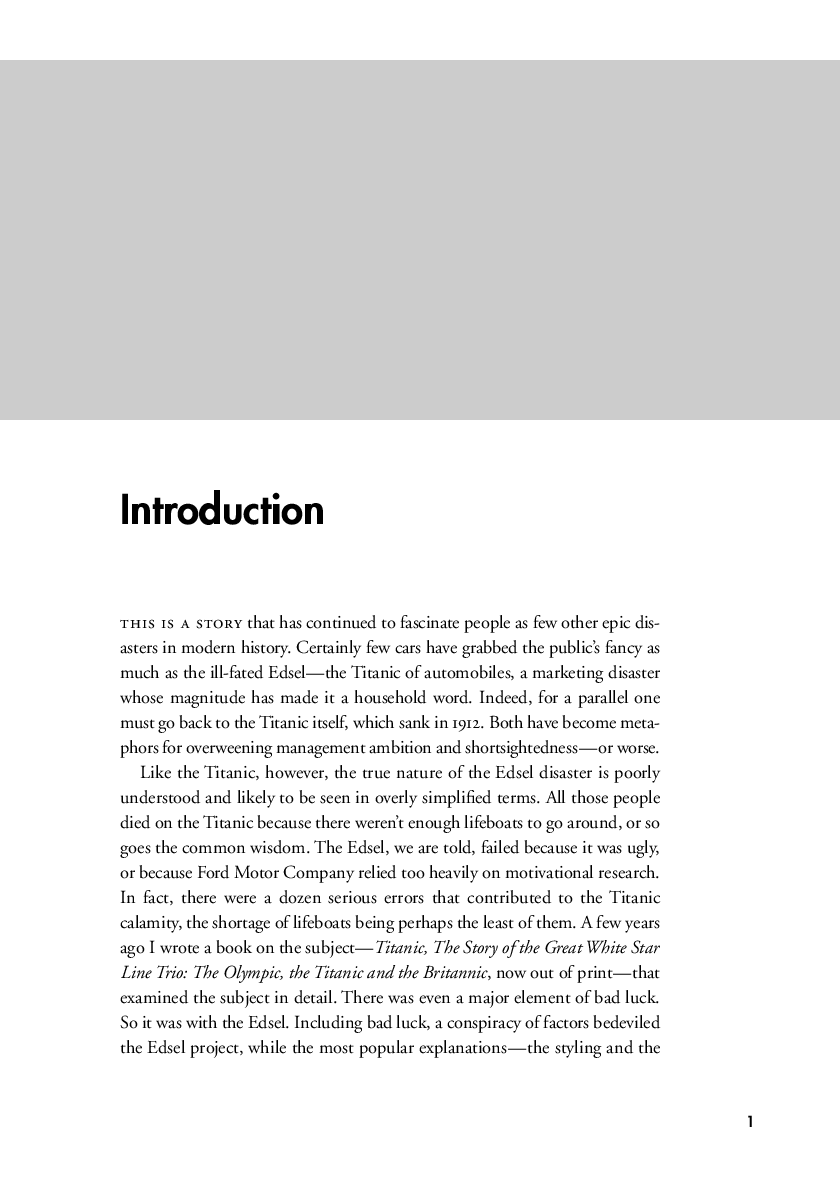 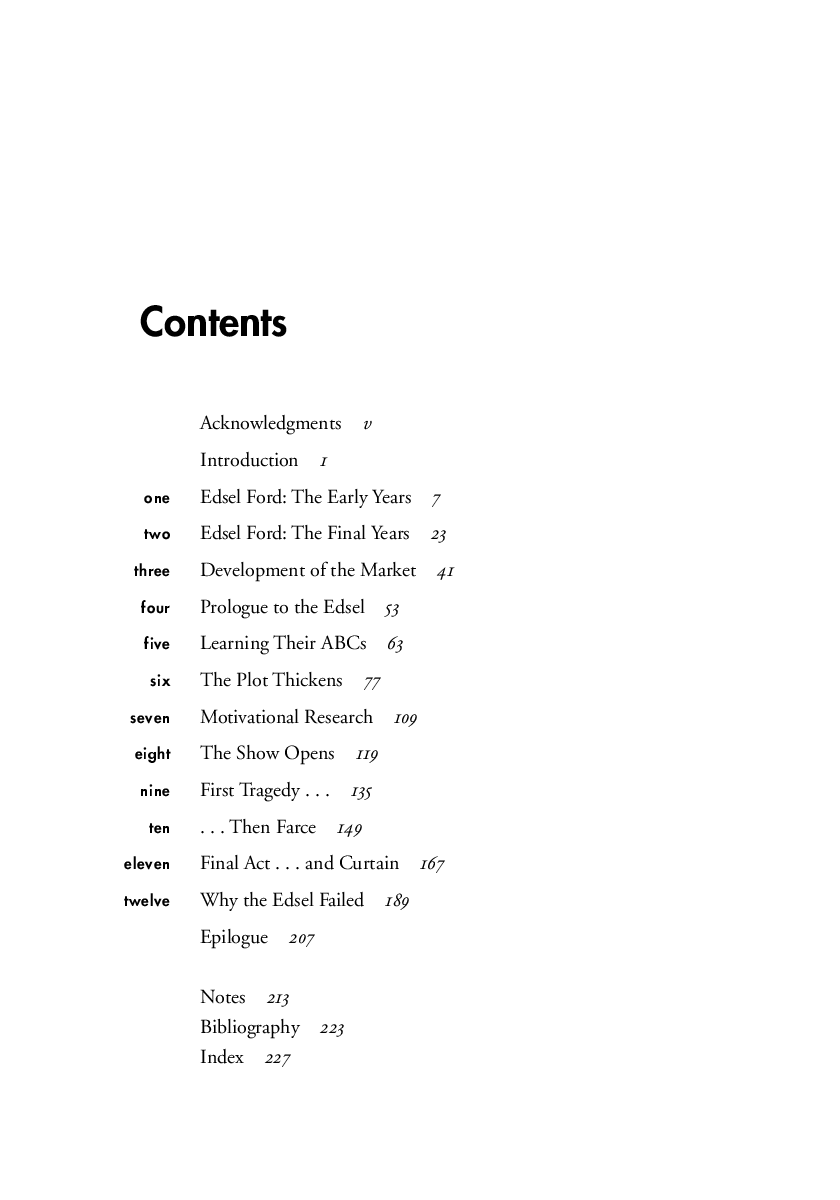