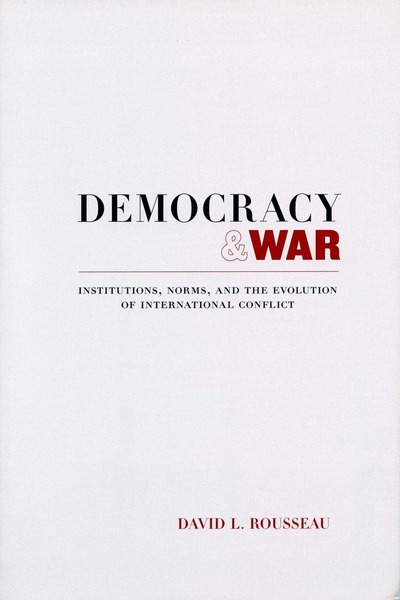 Conventional wisdom in international relations maintains that democracies are only peaceful when encountering other democracies. Using a variety of social scientific methods of investigation ranging from statistical studies and laboratory experiments to case studies and computer simulations, Rousseau challenges this conventional wisdom by demonstrating that democracies are less likely to initiate violence at early stages of a dispute. Using multiple methods allows Rousseau to demonstrate that institutional constraints, rather than peaceful norms of conflict resolution, are responsible for inhibiting the quick resort to violence in democratic polities. Rousseau finds that conflicts evolve through successive stages and that the constraining power of participatory institutions can vary across these stages. Finally, he demonstrates how constraint within states encourages the rise of clusters of democratic states that resemble "zones of peace" within the anarchic international structure. 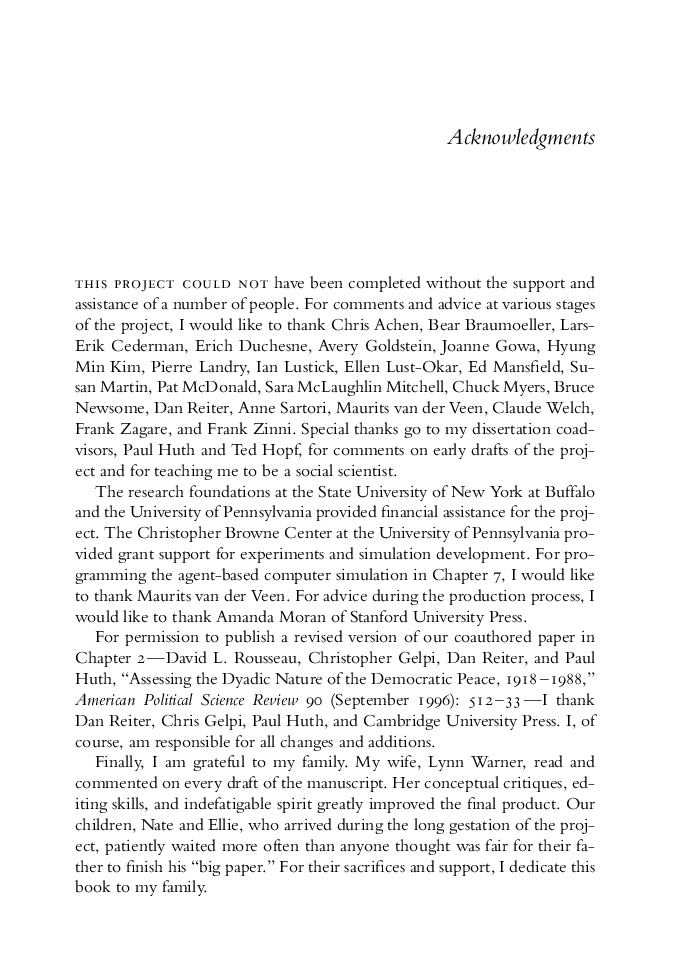 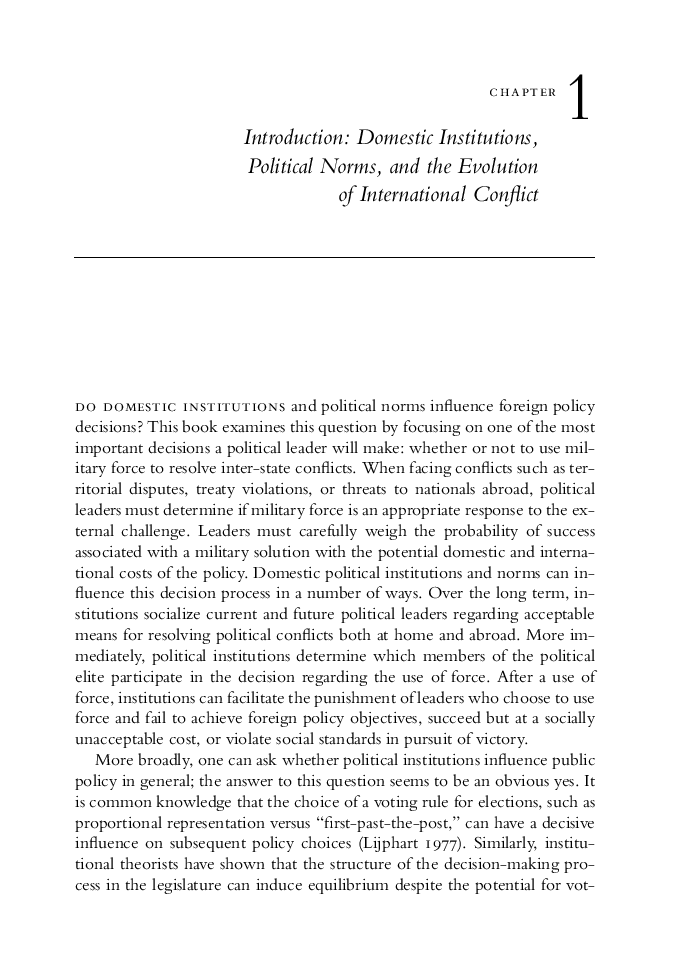 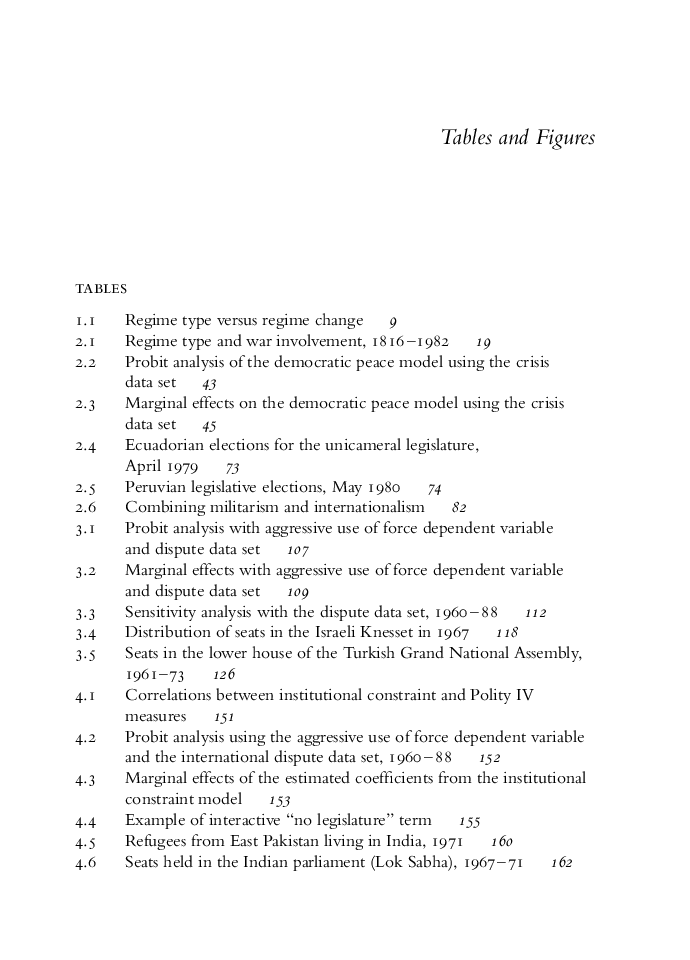