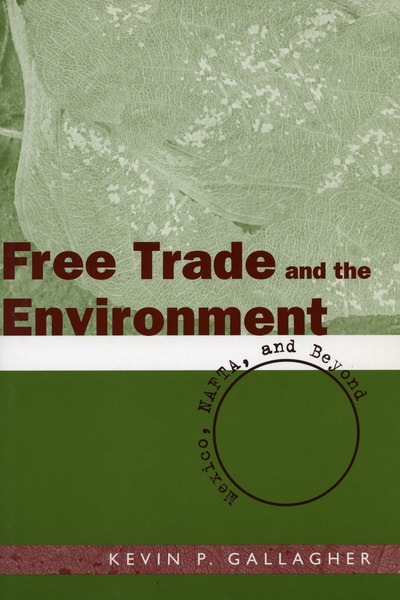 Free Trade and the Environment
Mexico, NAFTA, and Beyond
Kevin P. Gallagher

Free Trade and the Environment examines the impact economic integration has on the environment, using Mexico, which transformed itself from one of the most closed economies to one of the world's most open, as a case study. As new nations join the Free Trade Area of the Americas or the World Trade Organization, they are considering the path taken by Mexico nearly 20 years ago.

The author investigates two commonly held and opposing beliefs in the policy community about the impact of free trade on the environment. While some believe that free trade will raise incomes in developing countries, thus encouraging governments to protect the environment, others argue that free trade simply provides an incentive for heavily polluting industries to move to developing countries with lax environmental regulations. The author shows that for Mexico in fact neither position is correct, and concludes with suggestions for free trade policies that couple environmental benefits with economic integration.

Kevin P. Gallagher is a Research Associate at the Global Development and Environment Institute of the Fletcher School of Law and Diplomacy at Tufts University. He is also Assistant Professor of International Economics in the Department of International Relations, Boston University. He has written and edited numerous books and articles on the relationship between economic integration and sustainable development and has served as an advisor to international institutions, governments, and nongovernmental organizations.

"Kevin Gallagher makes an outstanding contribution to the trade-environment debate, offering some real breakthroughs in thinking about the relationship between trade expansion and environmental protection. The lessons of Mexico and NAFTA are especially timely and will resonate in many countries throughout the Western hemisphere."

—Scott Vaughan, Director of the Unit for Sustainable Development and Environment, Organization of American States

"This book provides a new and insightful analysis of the trade and environment relationship. Refuting common claims that liberalization leads to either an environmental Kuznets curve or the creation of pollution havens, Kevin Gallagher demonstrates that NAFTA brought significant environmental consequences in Mexico. His findings are particularly important as more countries move toward greater regional integration around the world."

"Gallagher moves the 'trade and environment' debate forward by bringing empirical evidence to bear on the question of whether expanded trade leads to environmental degradation or improvement. His data on changes in the Mexican environmental situation in the NAFTA context bring new clarity to a critical set of academic questions with important policy impacts." 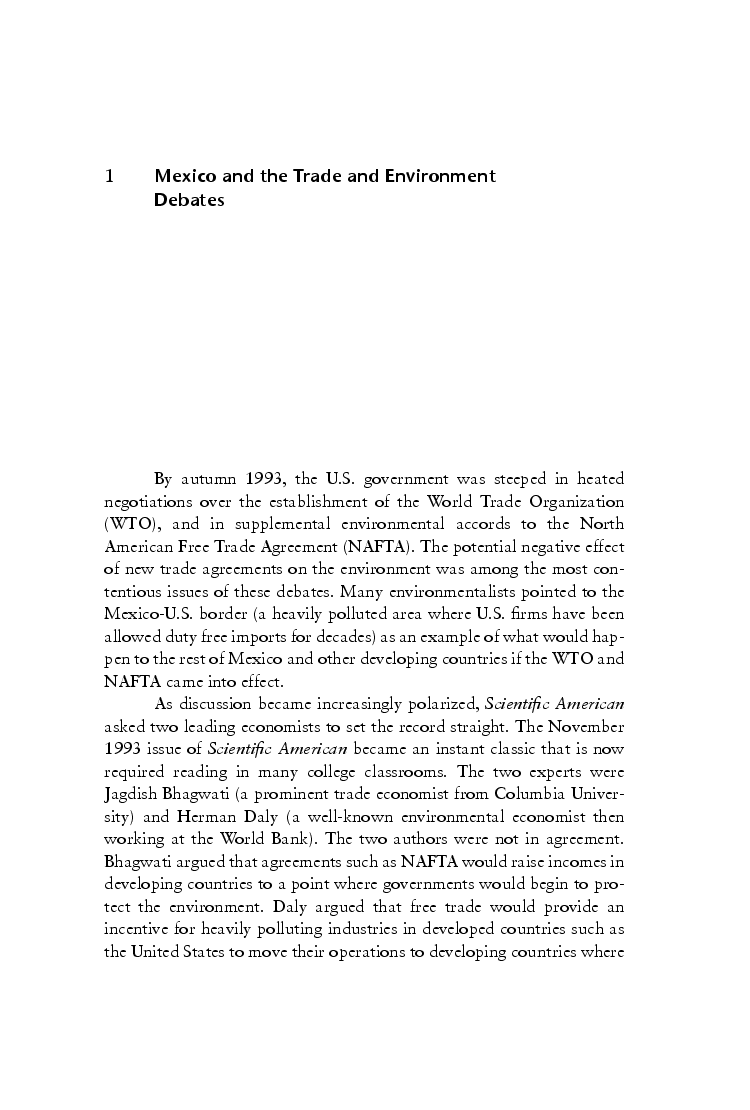 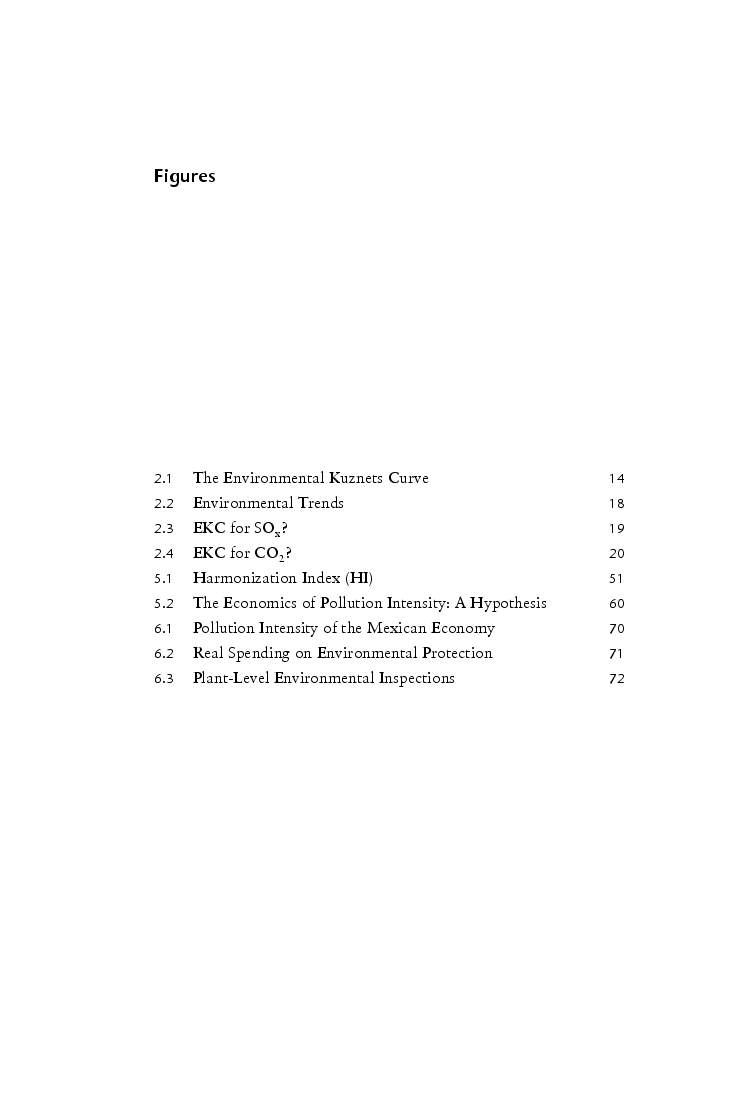 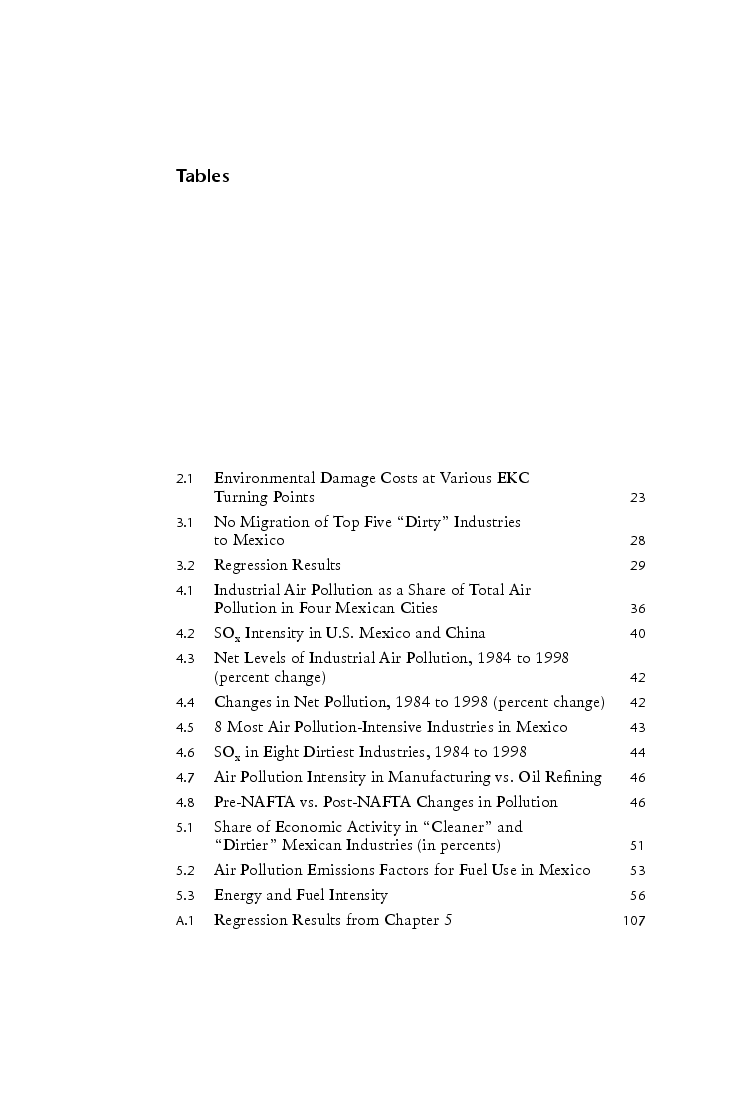