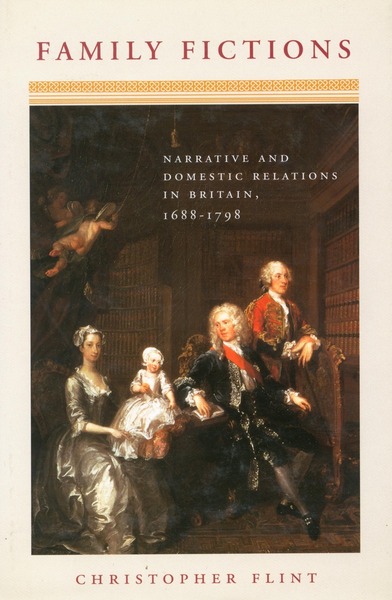 By revealing the investment of eighteenth-century British prose fiction in contemporary debates about domestic ideology, this book addresses the multiple ways in which traditional notions of the family were estranged, reconstituted as novel concepts, and then finally presented as national social norms. It focuses on works by Aphra Behn, Daniel Defoe, Samuel Richardson, Eliza Haywood, Horace Walpole, Laurence Sterne, and Mary Wollstonecraft, addressing a number of narratives that historians of the novel have overlooked while linking such better-known works as Robinson Crusoe and Pamela to their often neglected sequels.

Challenging competing critical claims that the household either experienced a revolution in form or that it remained essentially unchanged, the author argues that eighteenth-century writers employed a set of complementary strategies to refashion the symbolic and affective power of bourgeois domesticity. Whether these writers regarded the household as a supplement to such other social institutions as the Church or the monarchy, or as a structure resisting these institutions, they affirmed the family's central role in managing civil behavior.

At a time, however, when the middle class was beginning to scrutinize itself as a distinct social entity, its most popular form of literature reveals that many felt alienated from the most intimate and yet explosive of social experiences—family life. Prose fiction sought to channel these disturbingly fluid domestic feelings, yet was in itself haunted by the specter of unregulated affect. Recovering the period's own disparate perceptions of household relations, the book explains how eighteenth-century British prose fiction, which incorporates elements from conduct books, political treatises, and demographic material, used the family as an instrumental concept in a struggle to resolve larger cultural tensions at the same time it replicated many of the rifts within contemporary family ideology.

Christopher Flint is Assistant Professor of English at the University of Michigan.

"In our current generation of sometimes manufactured criticism, Family Fictions is a refreshing book because Flint, though mindful of the demands of institutional analysis, has not lost touch with the simple pleasures that stories produce, which, I think, is pretty rare in academic writing. One of the many rewards of that engagement is an excellent series of observations that frequently pop up in his book to synthesize and clarify otherwise complex textual and narrative relationships . . . .Family Fictions adds appreciably to our understanding of what the period family meant, as well as the role the novel played in the slippery history of the family."

—The Age of Johnson

"Flint's book is well written and complex; he is convincing in his argument that the development of the early novel is not separable from the novel's fascination with the family."