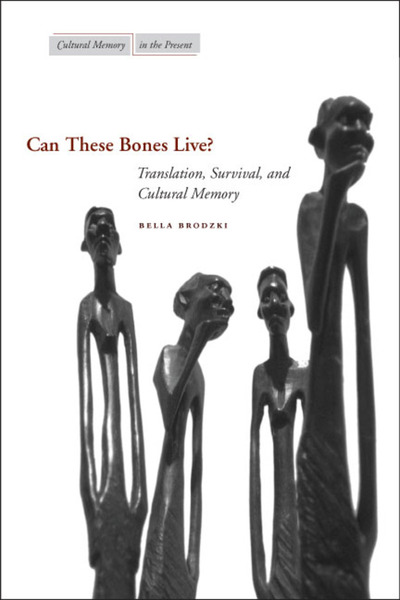 Can These Bones Live? views translation as a mode of literary invigoration—indeed, as a process at the core of all important cultural transactions—rather than a mere utilitarian means of converting the terms of one language into another. Brodzki considers a wide array of canonical and lesser-known fictional and autobiographical works by authors from North America, Europe, and Africa—including Philip Roth, Italo Calvino, Jorge Semprun, and Buchi Emecheta—that foreground translation as narrative theme, figurative device, and textual strategy. The book emphasizes translation's critical role in literary history by examining depictions of the translator figure in contemporary literature and by showing that reading slave narratives through the prism of intercultural translation expands and enriches our understanding of both slavery and genre. At its center, the book argues for translation's crucial role in processes of intergenerational transmission. By linking such processes particularly to mourning and memorialization in texts shaped by the experience of catastrophe, Brodzki demonstrates how translation ensures the afterlife of individual texts and cultural narratives across time and space.

Bella Brodzki is Professor of Comparative Literature at Sarah Lawrence College. She is the co-editor of Life Lines: Theorizing Women's Autobiography (1988).

"In this pioneering study, translation is a matter of life and death .... In Brodzki's hands, such a broad view of translation proves extremely productive in the service of hermeneutics, applied to a range of American, European, and African text, fictional and autobiographical, whose historical frames coincide with late modernity and post modernity. Her selections are marked by or reverberate with echoes of catastrophic events."

"Brodzki convincingly argues for the 'subversive and transformative power' of translation. Drawing on Benjamin via Derrida, Can These Bones Live? is a profound study of the problematic relationship between loss and survival, given that texts, cultures, and even memory itself must in one sense cease to exist if they are successfully to undergo the redemptive act of historical or cultural renewal."

"This is a book that opens up some new perspectives and lets a breath of fresh air into comparative criticism." 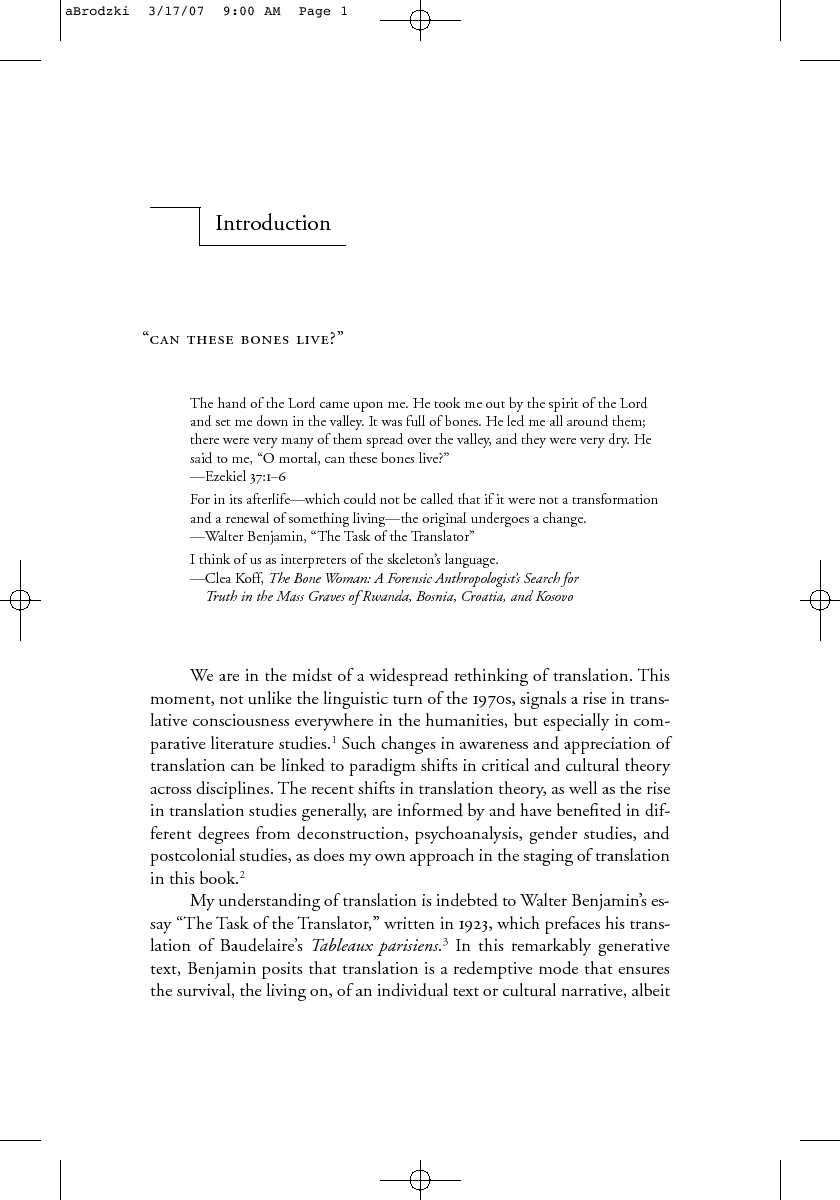 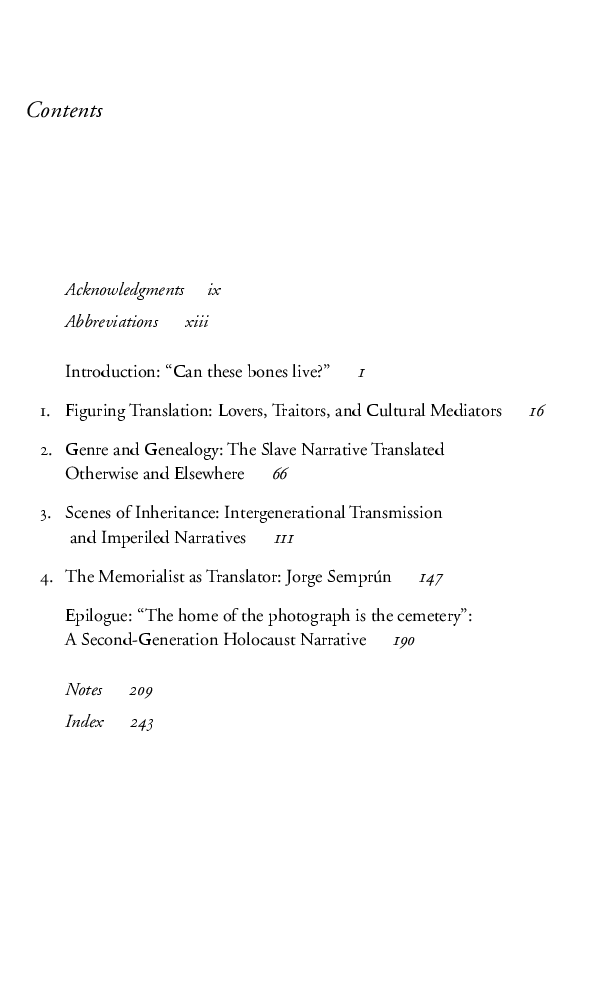