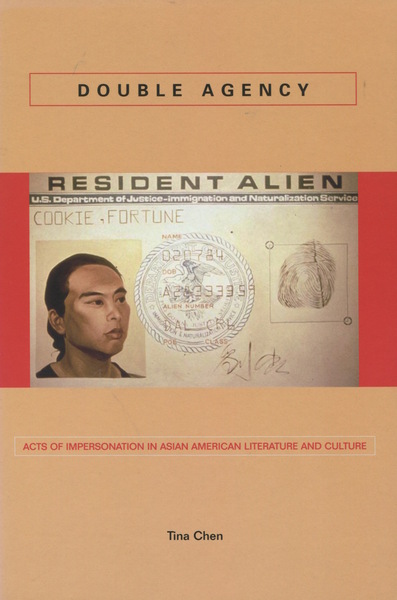 In Double Agency, Tina Chen proposes impersonation as a paradigm for teasing out the performative dimensions of Asian American literature and culture. Asian American acts of impersonation, she argues, foreground the limits of subjectivity even as they insist on the undeniable importance of subjecthood.

By decoupling imposture from impersonation, Chen shows how Asian American performances have often been misinterpreted, read as acts of betrayal rather than multiple allegiance. A central paradox informing the book—impersonation as a performance of divided allegiance that simultaneously pays homage to and challenges authenticity and authority—thus becomes a site for reconsidering the implications of Asian Americans as double agents. In exploring the possibilities that impersonation affords for refusing the binary logics of loyalty/disloyalty, real/fake, and Asian/American, Double Agency attends to the possibilities of reading such acts as "im-personations"—dynamic performances, and a performance dynamics—through which Asian Americans constitute themselves as speaking and acting subjects.

Tina Chen is Assistant Professor of English at Vanderbilt Univers

"...Chen provides an intelligent, well-organized study that will be immediately useful in the field. With this book, the field of Asian American studies comes of age."--CHOICE

"...the sophistication with which Chen develops her critical framework and the deftness of her close readings make Double Agency an insightful and influential addition to the field of Asian American literary and cultural studies." 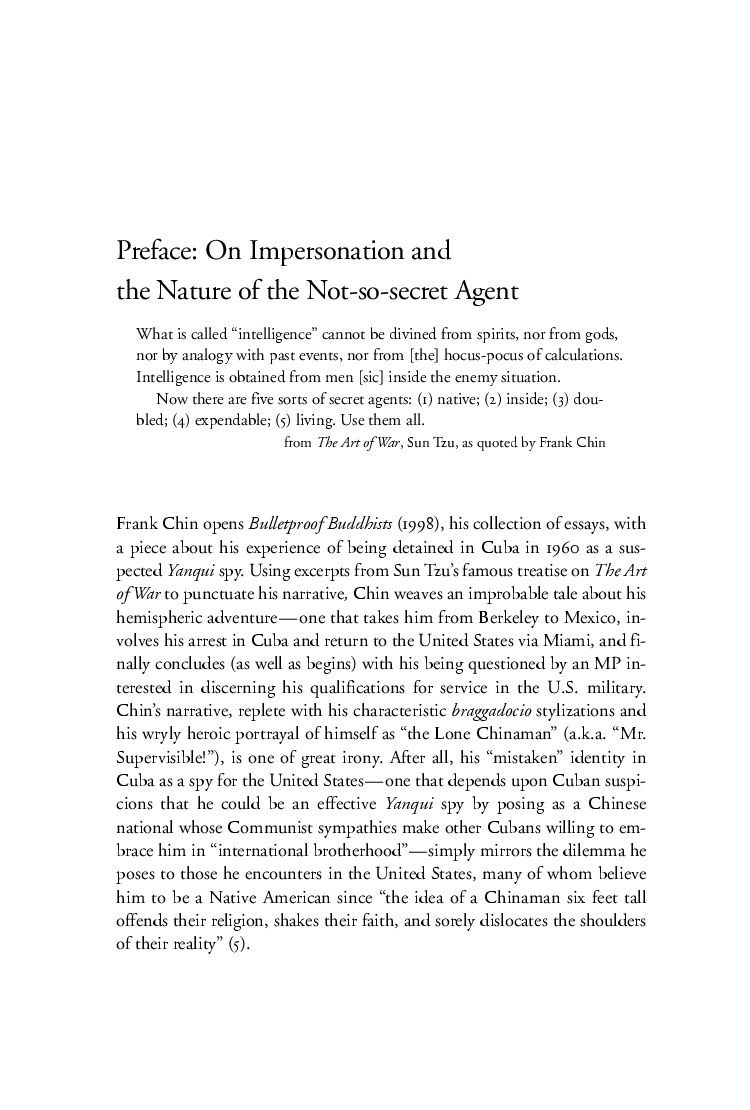