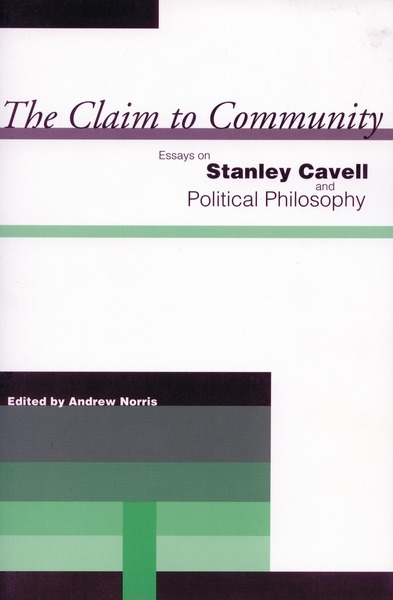 Stanley Cavell's unique contributions to the study of epistemology, ethics, aesthetics, film, Shakespeare, and American philosophy have all received wide acclaim. But there has been relatively little recognition of the pertinence of Cavell's work to our understanding of political philosophy. The Claim to Community fills this gap with essays from a wide range of prominent American, English, French, and Italian philosophers and political theorists, as well as a lengthy response to the essays by Cavell himself. The topics covered include Cavell's understanding of political community, philosophical anthropology, moral perfectionism, the positivist distinction between fact and value, political friendship, the differences between political and aesthetic disagreement, political romanticism, "the pursuit of happiness," tragedy, and race. There are also evaluations of the ways Cavell's positions on these and other matters compare with those of Plato, Aristotle, Montaigne, Kant, John Stuart Mill, Thoreau, Nietzsche, Michel Foucault, Hannah Arendt, Carl Schmitt, Peter Winch, Wittgenstein, and Fred Astaire. This volume will be of great interest to political theorists and political philosophers, as well as to students of literature and film.

Andrew Norris is Assistant Professor of Political Science at the University of Pennsylvania. He is editor of Politics, Metaphysics, and Death: Essays on Giorgio Agamben's Homo Sacer (2005).

"The very learned essays in this collection do much to illuminate what Cavell gains from his response to Wittgenstein and Austin, and even to such American authors as Emerson and Thoreau, not to mention films and plays."

"This marvelous collection of essays is the best available examination of the most profound and interdisciplinary American philosopher writing today: Stanley Cavell. It not only probes the complex relation of Cavells work to political philosophy; it also shows that there can be no serious grasp of Cavells thought without acknowledging his deep commitment to the problematic of democratic practice and the Emersonian paideia of we ordinary citizens."

"How do we cultivate the arts of political judgment, conversation, and civility? Stanley Cavell, for over four decades, has awakened us to this question and helped to compose some answers. In this artful and lively collection, Andrew Norris gathers together a diverse group of writers who continue the fascinating experiments Cavell has launched."

"This new book edited by Norris brings together a collection of papers examining the relationship between Stanley Cavell and political philosophy...an exciting new page in Cavellian studies." 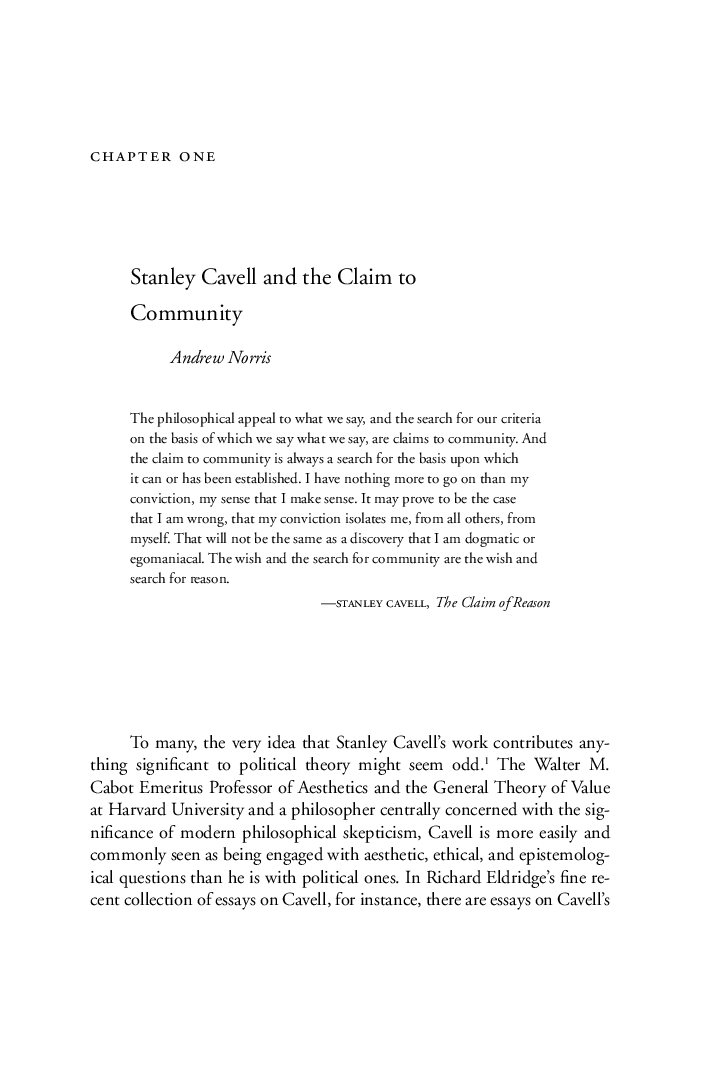 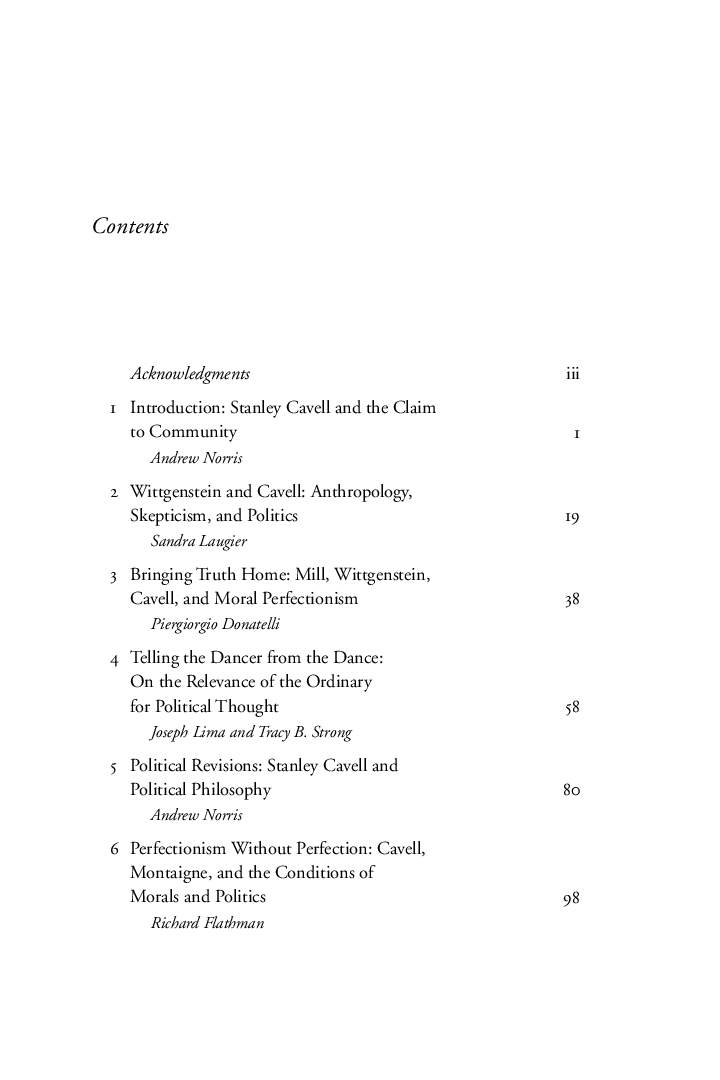