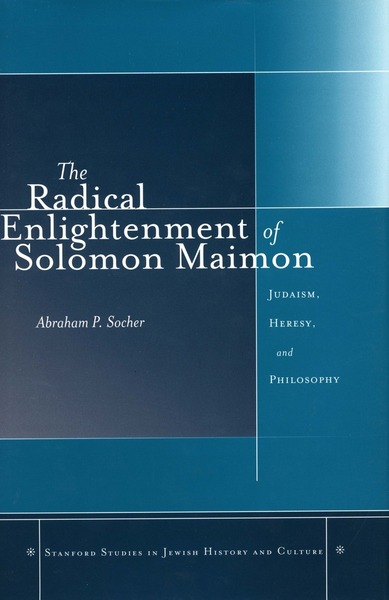 With extraordinary chutzpa and deep philosophical seriousness, Solomon ben Joshua of Lithuania renamed himself after his medieval intellectual hero, Moses Maimonides. Maimon was perhaps the most brilliant and certainly the most controversial figure of the late-eighteenth century Jewish Enlightenment. He scandalized rabbinic authorities, embarrassed Moses Mendelssohn, provoked Kant, charmed Goethe, and inspired Fichte, among others. This is the first study of Maimon to integrate his idiosyncratic philosophical idealism with his popular autobiography, and with his early unpublished exegetical, mystical, and Maimonidean work in Hebrew. In doing so, it illuminates the intellectual and spiritual possibilities open to a European Jew at the turn of the eighteenth century.

Abraham P. Socher is Assistant Professor of Religion and Jewish Studies at Oberlin College. His essays have appeared in scholarly journals and edited volumes as well as in the Times Literary Supplement and theChronicle of Education. This is his first book.

"Socher's new book on Salomon Maimon is one of the best intellectual biographies I have ever read. Unlike many books in this genre, its eloquent style does not come at the expense of depth or thoroughness. Socher exhibits an impressive command of distinct fields as well as scholarly methodologies and successfully synthesizes this array into a multilayered story of a single life. This achievement is particularly remarkable because the life in question is that of the most acute, difficult, and bizarre of modern Jewish philosophers."

"Socher writes that he has 'tried to show, at the level of the individual, how secularization and cultural conflict are expressed in pain and dislocation, as well as the comedy of hard-won blasphemy.' He has succeeded impressively."

—Newsletter of the Central Conference of American Rabbis

"Socher's main thesis is that in spite of the contemporary ideal of the Bildung, Maimon remained faithful to the medieval and specifically Maimonidean ideal of exclusively intellectual self-perfection... What is new is the attempt to write Maimon's intellectual biography from this perspective."

"This book is the first serious attempt in any language to combine the study of Solomon Maimon's philosophical writings with an analysis of his autobiography. Socher's innovative and exemplary work of intellectual history greatly enriches our understanding not only of a highly intriguing individual but also of a transitional period dividing the Jewish Middle Ages from the modern Jewish world."

"I read Professor Socher's book on the iconoclastic philosopher Solomon Maimon in one sitting. Despite its erudition, it reads like a novel. With rare expository grace—rare at least in scholarly disquisitions—he unravels the multilayered enigma of this complex figure. . . . Few have examined both dimensions of Maimon's philosophical patrimony as a single skein. In a word, Socher's study of Maimon is a tour de force that will command wide scholarly attention and acclaim."

"Abe Socher's little book gives much more than its modest size and title promises. This is much more than a critical interpretation of Maimon's autobiography. It is a lucid reading of his thought as a whole, which performs the valuable task of locating Maimon in the context of the Jewish tradition. This context is crucial for an understanding of Maimon's philosophy, as many would agree; but it has not been fully understood or explained. Socher finally performs that valuable service, and he does so with lucidity and wit. This book is one of those rare treasures: scholarship of a high standard that is an utter pleasure to read. No student of Maimon or the Haskalah will want to miss it."

"Solomon Maimon deserves more fame, both as a philosopher and as an autobiographer. In 1790, he published a critique of Kant, who said of it: "none of my opponents have understood me and my essential meaning as well as Maimon". Two years later he brought out his autobiography, praised by both George Eliot in Daniel Deronda and by Kafka in a letter which calls it "the harsh self-presentation of a man running to and fro like a ghost between Eastern and Western Jewry." Abraham P. Socher, in this well-written, deeply learned, perceptive and accessible study of Maimon claims it as the first autobiography...."

"Throughout this work, Socher aims and succeeds at presenting not just Maimon's thought but the 'thinking man' and the interaction between the two Socher's liberal exercise of such literary close reading of the whole interwoven text of Maimon's life and thought makes this book a consistent pleasure." 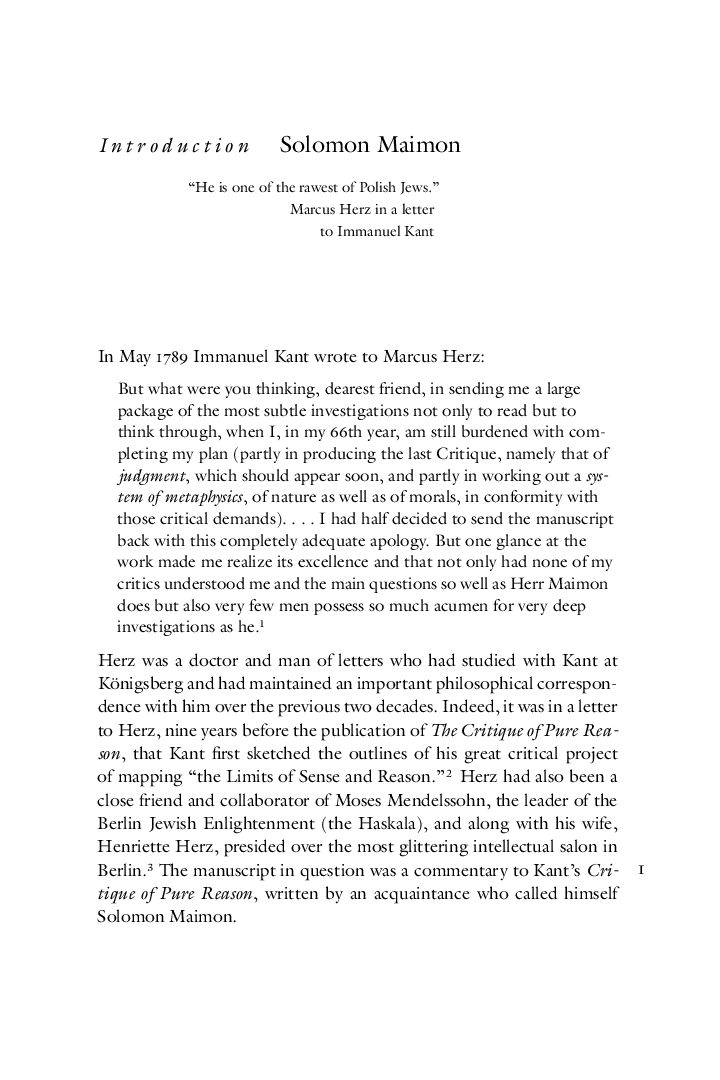 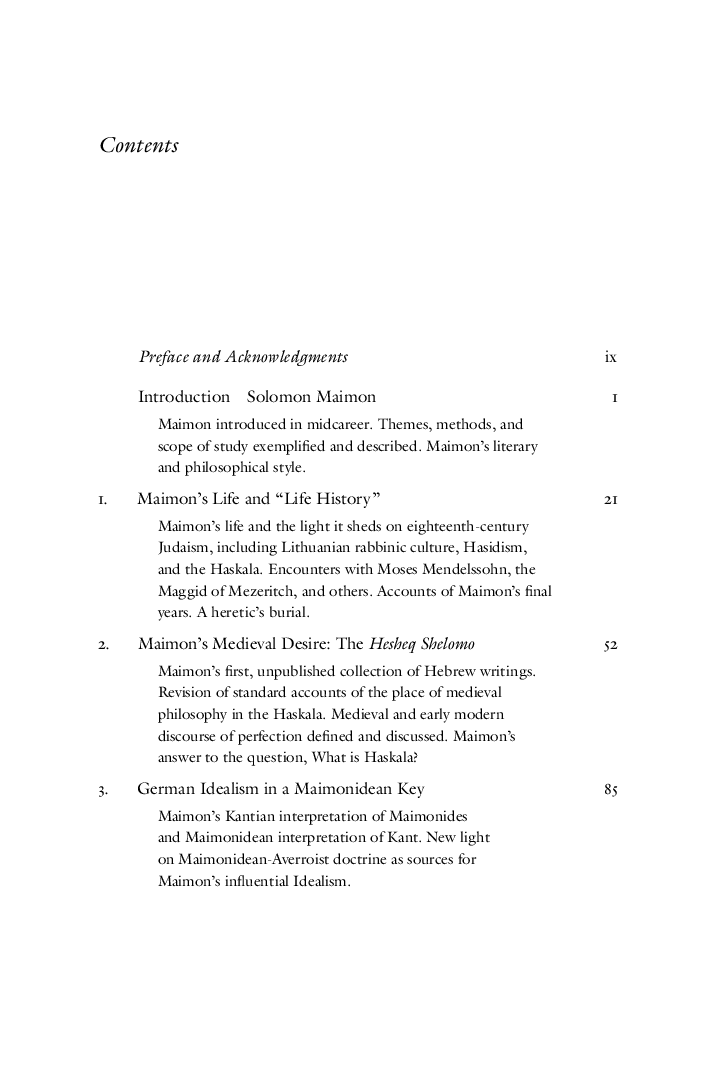