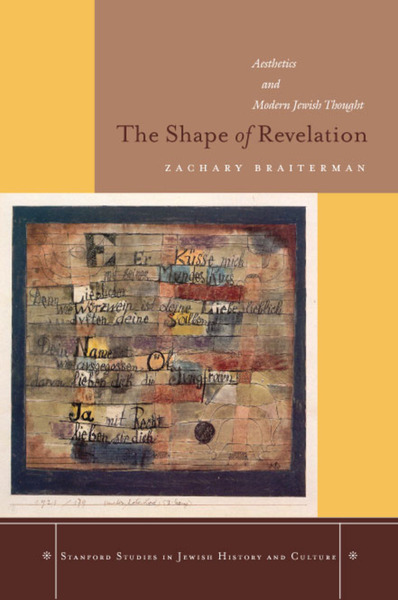 The Shape of Revelation explores the overlap between revelation and aesthetic form from the perspective of Judaism. It does so by setting the Jewish philosophy of Martin Buber and Franz Rosenzweig alongside its immediate visual environment in the aesthetics of early German modernism, most notably alongside "the spiritual in art" as it appears in the art and art theories of Wassily Kandinsky, Paul Klee, and Franz Marc. The modern shape of revelation—and "the spiritual in art" that emerges from this conversation—builds upon a vocabulary of form-creation, sheer presence, lyric pathos, rhythmic repetition, open spatial dynamism, and erotic pulse that was unique to Germany in the first quarter of the twentieth century. This study works to identify and critically assess the sensual root that is brought to bear upon the modern image of revelation and "the spiritual in art."

Zachary Braiterman is Associate Professor of Religion at Syracuse University and the author of (God) After Auschwitz: Tradition and Change in Post Holocaust Jewish Thought (1998).

"This material is fascinating and largely unnoticed by recent interpreters of modern Jewish thought... The book is about beauty and itself is beautiful."

—Newsletter of the Central Conference of American Rabbis

"In his new book, [Braiterman] brilliantly traces the parallels between modern Jewish religious thought as epitomized by Martin Buber and Franz Rosenzweig, and contemporaneous trends in visual art as exemplified by Kandinsky, Klee, and Franz Marc... In short, an impressive achievement."

"This learned and challenging academic study offers a poetic, timely call for shifting the Jewish communal focus from policies based on corporate strategy toward a debate on Jewish mission and meaning, in which text, tradition, and modernity combine."

"Braiterman has created a fascinating, brilliant, and valuable new reading of Buber and Rosenzweig by reinserting the two Jewish thinkers into their context in German culture. He shows their work has profound confluences and parallels with that culture, especially with modernist painters such as Klee and Kandinksy. With The Shape of Revelation, Jewish thought regains the specific aesthetics of German modernism, and modernist aesthetics regains its theological/spiritual dimension." 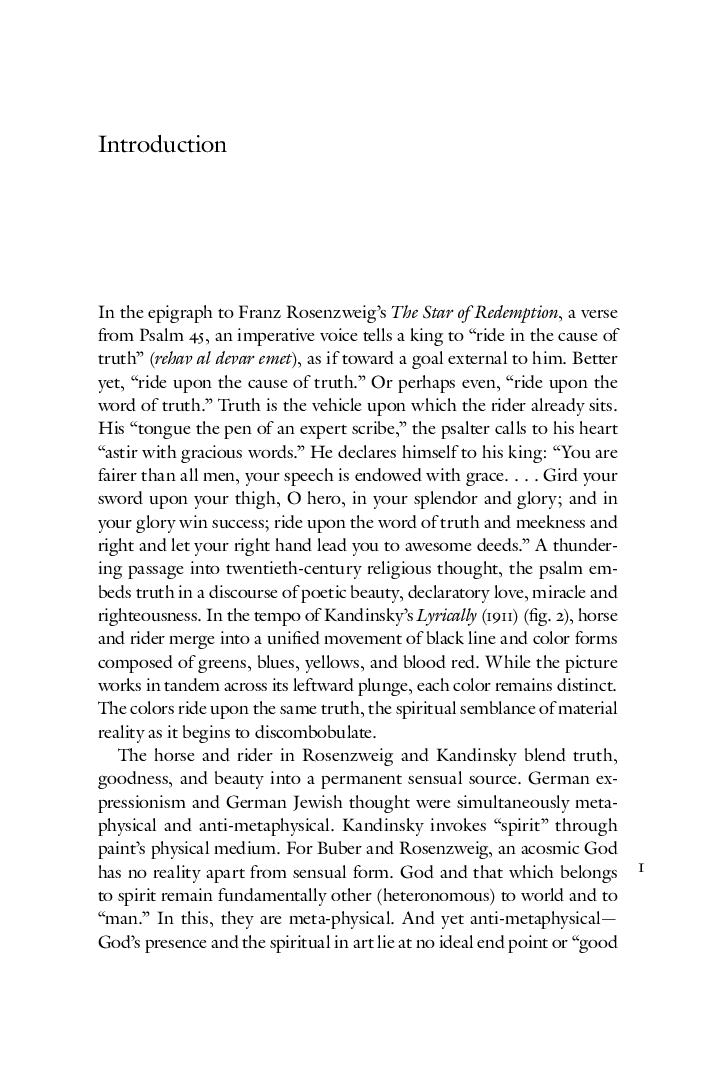