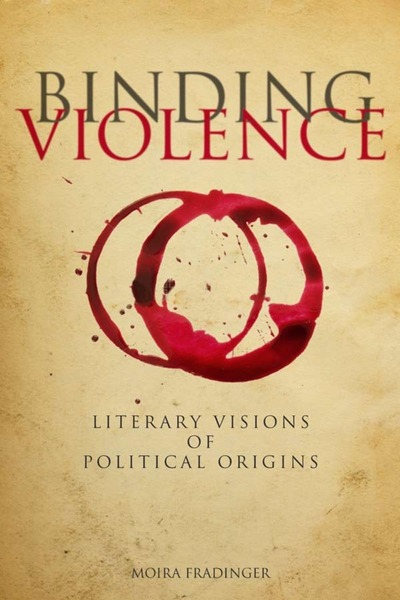 Binding Violence exposes the relation between literary imagination, autonomous politics, and violence through the close analysis of literary texts—in particular Sophocles' Antigone, D. A. F. de Sade's 120 Days of Sodom, and Vargas Llosa's The Feast of the Goat—that speak to a blind spot in democratic theory, namely, how we decide democratically on the borders of our political communities. These works bear the imprint of the anxieties of democracy concerning its other—violence—especially when the question of a redefinition of membership is at stake.

The book shares the philosophical interest in rethinking politics that has recently surfaced at the crossroads of literary criticism, philosophy, critical theory, and psychoanalysis. Fradinger takes seriously the responsibility to think through and give names to the political uses of violence and to provoke useful reflection on the problem of violence as it relates to politics and on literature as it relates to its times.

"In Binding Violence: Literary Visions of Political Origins, Moira Fradinger has produced a thought-provoking book. A model of comparative literature, the bok combines insightful close readings, and thorough engagement with the historical context, and theoretical sophistication . . . Binding Violence should be required reading for students of literary and political theory, and for anyone interested in the relationship between literature, democracy, and politics in general . . . [S]he fully answers the ambitious challenge that she set up through her unorthodox choice of primary texts, by convincingly showing that all three of them complexly address the same fundamental problem, the paradox of democratic logic . . . Binding Violence engages a rich literature on violence . . . [And] offers illuminating pages on its methodology. The sophisticated articulation of its working hypothesis about the relationship between literature and politics is undoubtedly one of the highlights of this book."

"What I find most striking in this work is its originality: Fradinger relates to one another three very different ages, and three kinds of writing, which appear to have no relation to each other, and shows that these three authors raise the same question. Her project is brilliantly pursued in a clear and sophisticated manner."

"Binding Violence is a tour de force of humanistic erudition as well as one of the best interdisciplinary essays that I have read. Fradinger shows how the literary imagination is able to register the violent undercurrents that are unleashed when Western democracy becomes the sovereign paradigm."

—César A. Salgado, University of Texas at Austin

"As communities are inevitably constituted, membership in the political sphere relentlessly demands a concomitant act of violent exclusion. With this as its premise, Binding Violence offers astonishing new readings of Sophocles' Antigone and key works of Sade, as well as transforming our understanding of the nature of power in Vargas Llosa's dictator novel. Moira Fradinger thus brings together fiercely intelligent readings and reflections about the literary text, political theory, history and the contemporary political scene." 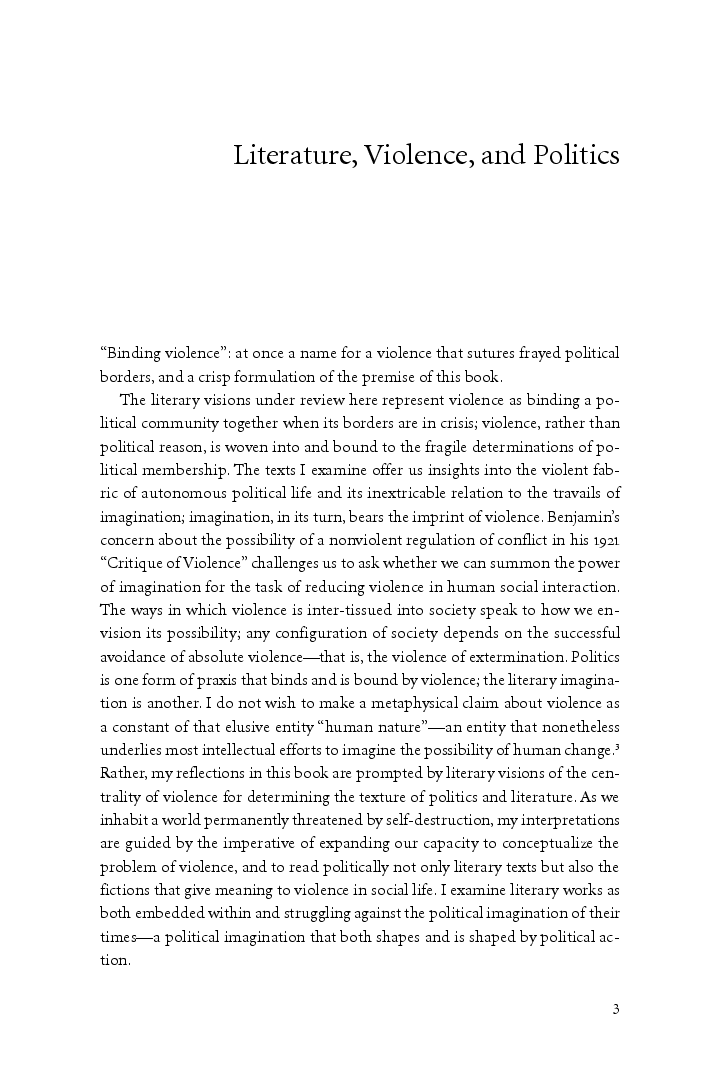 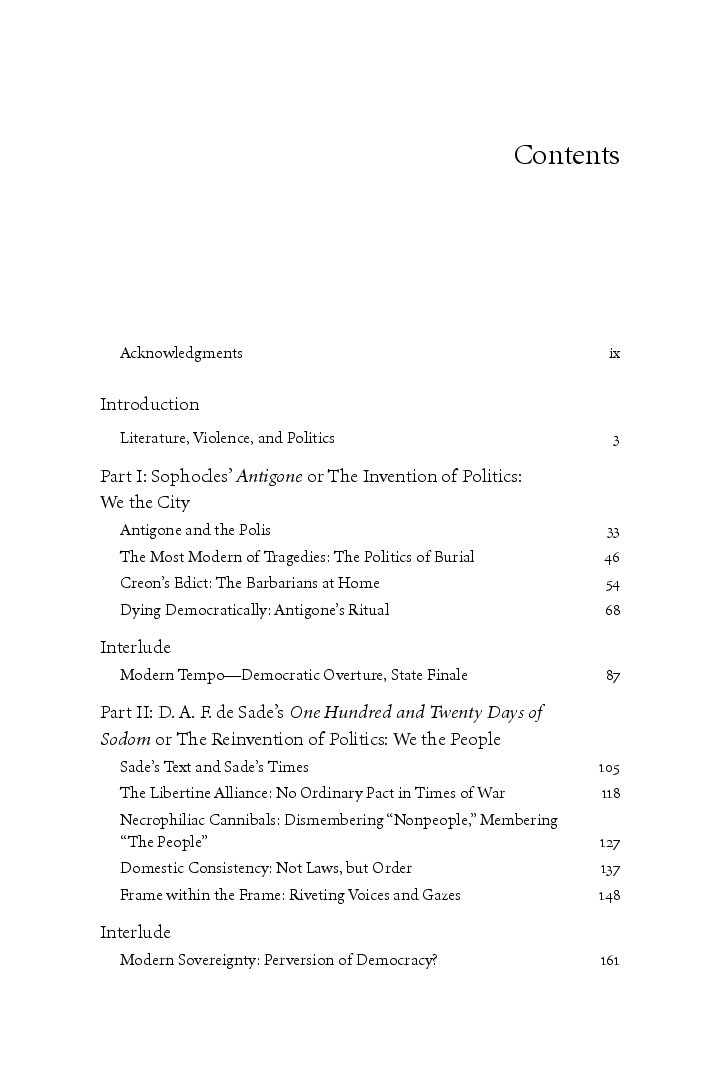