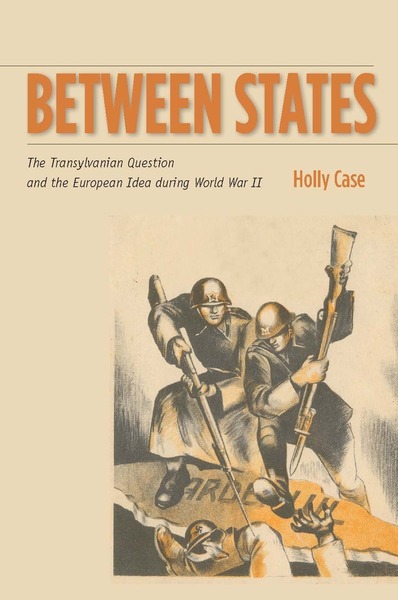 Between States
The Transylvanian Question and the European Idea during World War II
Holly Case
SERIES: Stanford Studies on Central and Eastern Europe

Winner of the 2010 Joseph Rothschild Prize in Nationalism and Ethnic Studies, sponsored by the Association for the Study of Nationalities and the Harriman Institute.

Winner of the 2010 Barbara Jelavich Book Prize, sponsored by the Association for Slavic, East European, and Eurasian Studies.

Winner of the 2010 Book Prize, sponsored by the Hungarian Studies Association.

Winner of the 2010 George Louis Beer Prize , sponsored by the American Historical Association.

Winner of the 2010 George Louis Beer Prize of the American Historical Association.

The struggle between Hungary and Romania for control of Transylvania seems at first sight a side-show in the story of the Nazi New Order and the Second World War. These allies of the Third Reich spent much of the war arguing bitterly over Transylvania's future, and Germany and Italy were drawn into their dispute to prevent it from spiraling into a regional war. But precisely as a result of this interaction, the story of the Transylvanian Question offers a new way into the history of how state leaders and national elites have interpreted what "Europe" means. Tucked into the folds of the Transylvanian Question's bizarre genealogy is a secret that no one ever tried to keep, but that has remained a secret nonetheless: small states matter. The perspective of small states puts the struggle for mastery among its Great Powers into a new perspective.

Holly Case is Associate Professor of History at Cornell University.

"[Between States] focuses chiefly on events between 1940 and 1944, in what is a stellar blend of classic diplomatic history with microhistory . . . Holly Case's microhistorical analysis of Cluj serves to caution us that ethnic identity, often depicted as static, is indeed hardly spontaneous; instead it is the product of a state-supported or state-obstructed situative process of identification. Case's book offers much not only to those Hungarian historians engaged in re-elaborating our understanding of the [era] . . . but also to scholars of the region who seek to finally supersede the national narratives that followed the collapse of state socialism with another approach, that of transnational and comparative social history."

"Between States is the product of much diligent and original research, bringing together a great deal of material in different languages from archives in a number of countries."

"This well-written and meticulously researched study advances large and provocative claims. At its center stands the 'Transylvanian Question': the struggle, particularly bitter during World War II, between Hungary and Romania for possession of the borderland made famous by Bram Stoker. It is not Holly Case's purpose to side with one country or the other but to demonstrate the importance of this and, by extension, other territorial disputes to the larger history of Europe."

"On the basis of impeccable research in multiple languages, and with a clear mind and lucid pen, Holly Case has written an existential account of nationalism . . . [Case] creates a form of analysis that every student of nationality and nationalism will have to consider."

"Between States is an impressive book in breadth of coverage, the author's careful balancing of perspectives and evenhandedness of presentation, as well as in terms of readability. It will certainly become a book read and discussed by specialists in east European history, and it will contribute to moving the field of World War II historiography toward a more comparativist transnational perspective."

"[T]his book [is] a welcome addition to the literature on nationalism in contemporary eastern Europe, and its resolutely transnational approach makes it of great importance to those interested in the topics of national identity well beyond the borders of Hungary and Romania, and indeed the European Union."

"Eloquently written with no small sense of irony and the absurd, amply illustrated, and meticulously researched, Case's book is a pleasure to read. Based on archives from eight different countries in a multitude of languages, this is the work of a very careful historian."

"A very original and sophisticated piece of work . . . Full of new insights and . . . amazing research in a great variety of archives and languages . . . pulled together in a most intelligent way."

"This will take a rightful place among the really important and interesting works written on East Central Europe in the last forty years. It also figures among the most penetrating and memorable evocations of place written about Europe as a whole. The author is a brilliant, naturally gifted writer, with a keen sense for telling formulation." 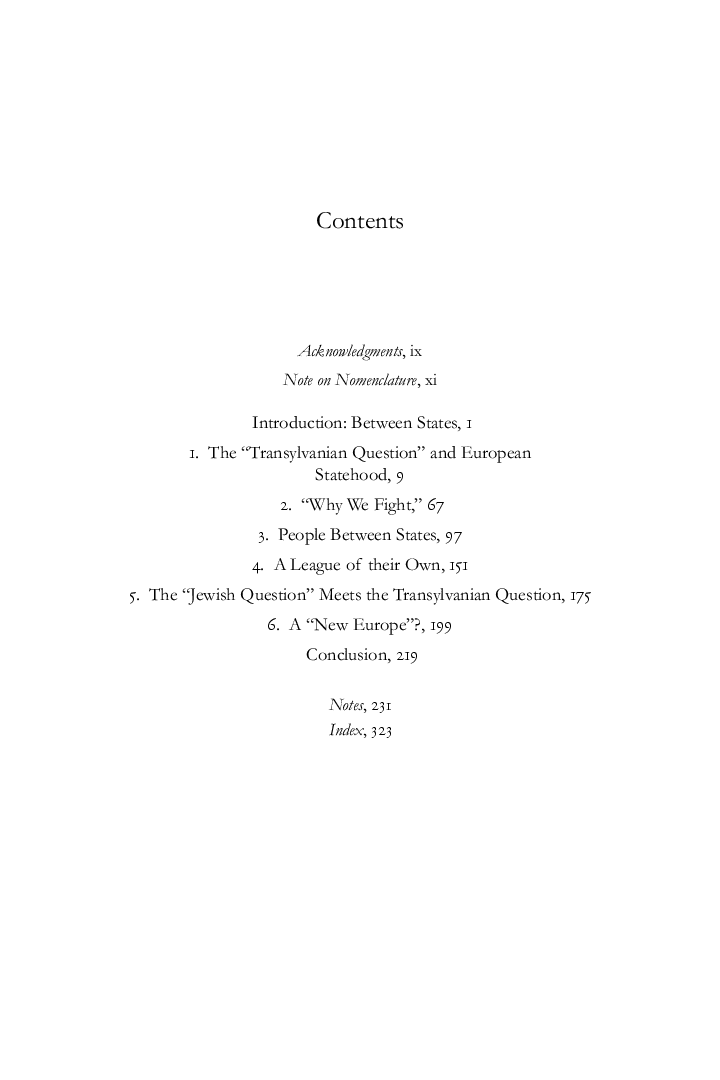