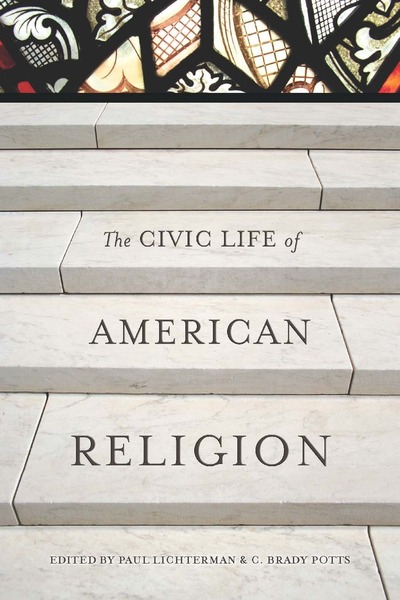 Religious groups constitute a large part of America's voluntary sector, yet relatively few works have investigated them broadly. This collection of essays investigates the public roles of religious congregations and associations. With contributions by premier social scientists, the work gets to the bottom of how effective—or ineffective—religious groups are in offering social services, fostering community life, and creating discussion of social issues such as homosexuality and welfare reform.

Arguing that religious groups experience many of the same constraints and opportunities as nonreligious associations, the book's new assessment of religious groups' public roles goes beyond pessimists' fears that these groups promote culture wars, as well as optimists' expectations that religious groups are always good for society. Touching on themes as old as the American republic, this work brings into focus an urgent, current discussion that will be of great interest to students of religion and society, public religion, civil society, or religion and politics, as well as to religious leaders and policymakers.

"The very fact that this fine volume, edited by Paul Lichterman and C. Brady Potts, supports such a multidisciplinary dialogue is a testament to its quality and broad utility.Theoretically rich yet eminently accessible, The Civic Life of American Religion offers a bird's-eye view of how leading social scientists conceptualize and react to the public dimensions of American religion."

—Laura R. Olson, Journal of the American Academy of Religion

"The essays, introduction, and conclusion are clearly argued. This book provides not only a good introduction to some of the major themes in the sociological literature, but also a well-formulated challenge for future research on the intersection of religion and civic life."

"This important work offers helpful correctives to the overly optimistic idea that more religion in the public sphere will lead to more social connectedness."

"A lot of books lately extol the virtues of religion for American civil society. In contrast, this work offers interpretive essays--backed by systematic research--that provide a balanced assessment of both the benefits and drawbacks of religion in civic life, and point out directions for new theoretical and empirical work." 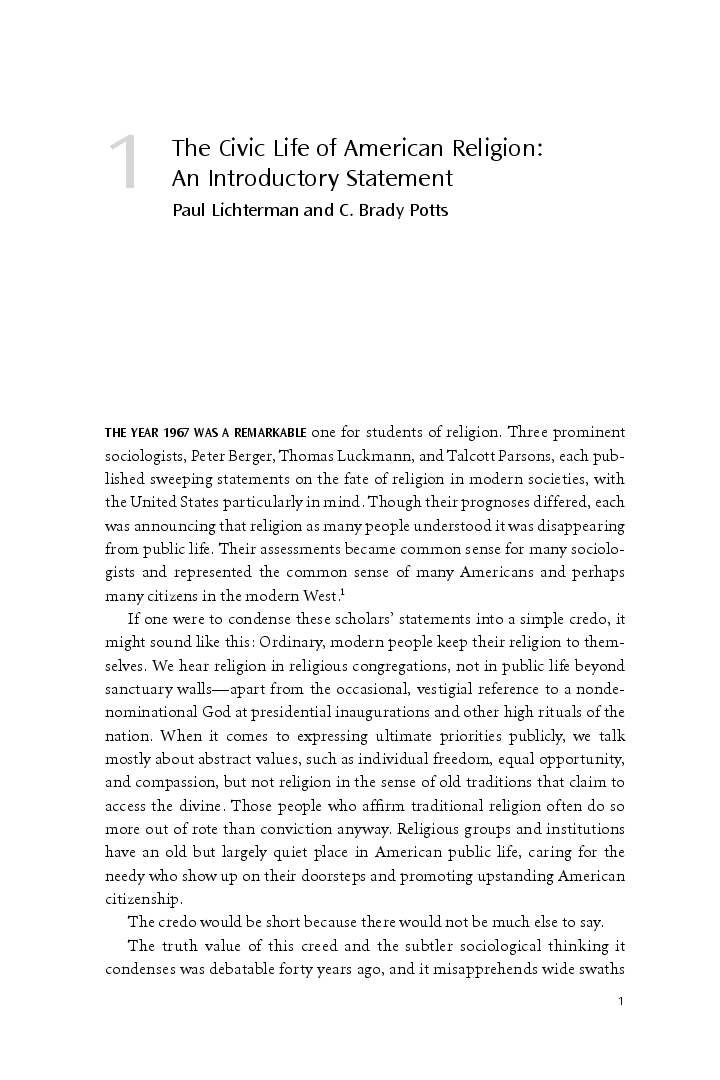 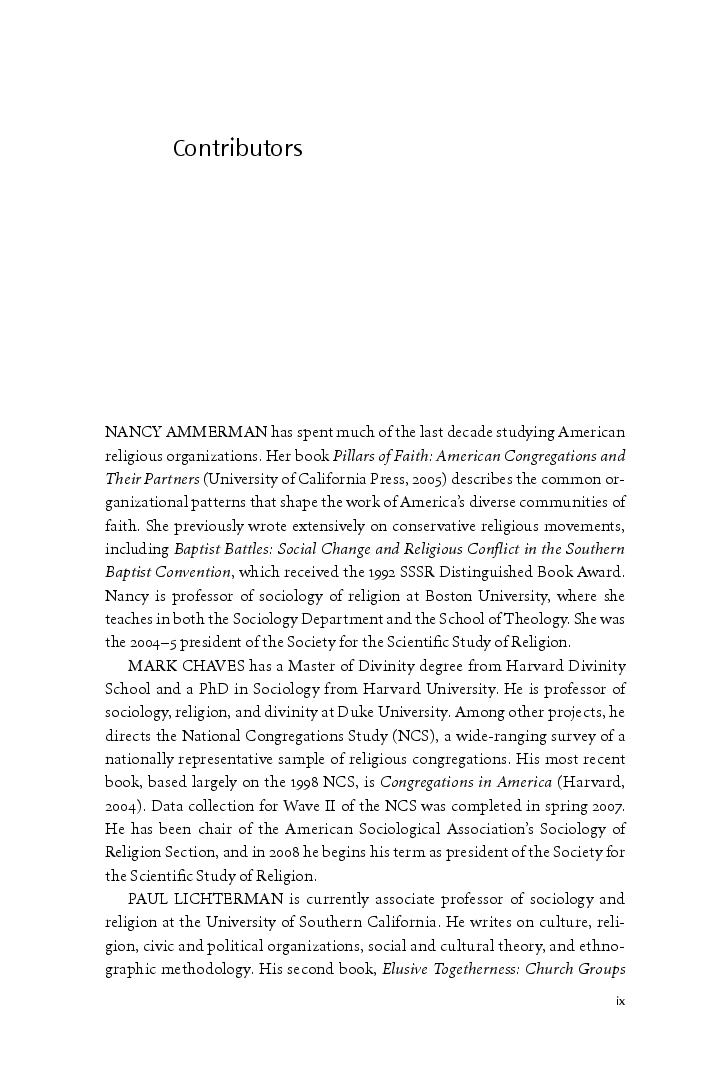 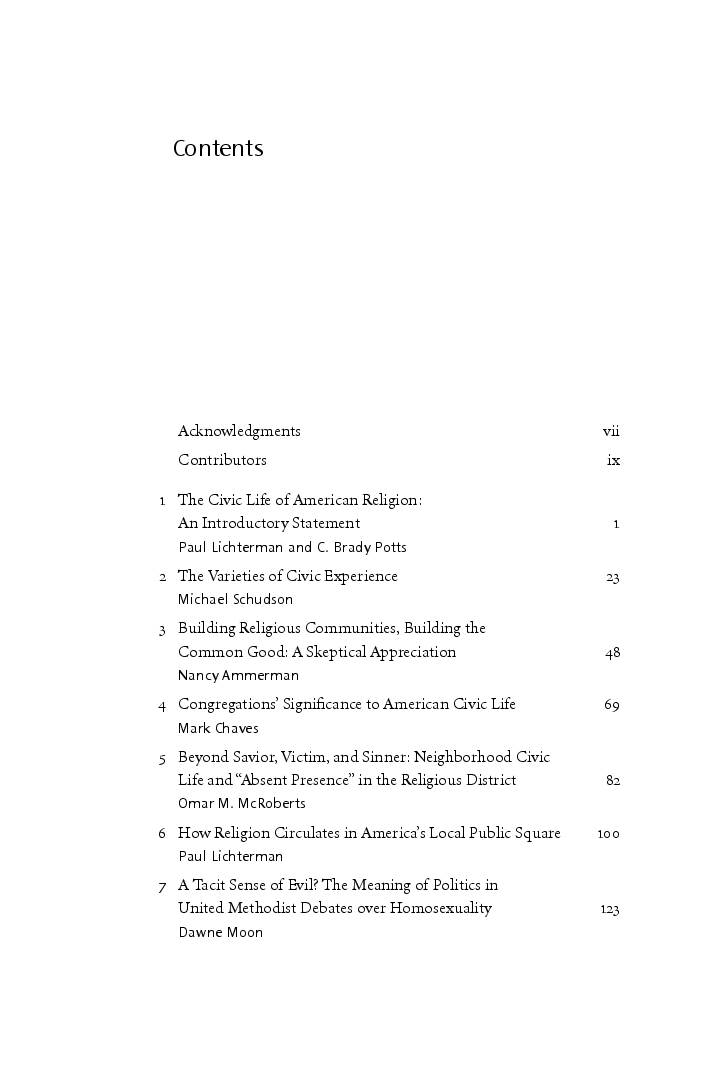