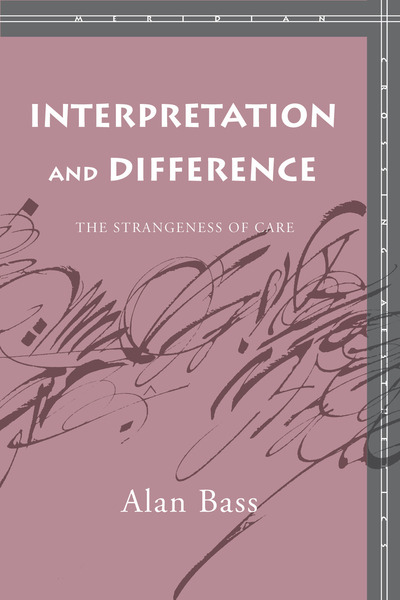 This book is the companion to Difference and Disavowal: The Trauma of Eros (Stanford University Press, 2000), which dealt with the psychoanalytic clinical problem of resistance to interpretation. The key to this resistance is the unconscious registration and repudiation (disavowal) of the reality of difference. The surprising generality of this resistance intersects with Nietzsche's, Heidegger's, and Derrida's understanding of how and why difference is in general the "unthought of metaphysics." All three see metaphysics engaged with a "registration and repudiation of difference," and all three rethink interpretation in relation to this question. The synthesis of these theories of interpretation and difference provides the philosophical foundations for a new thinking of how interpretation functions, and is a critical intersection of deconstruction and psychoanalysis.

Alan Bass is a practicing psychoanalyst in New York City. He is author of Difference and Disavowal: The Trauma of Eros (Stanford University Press, 2000), and the translator of Jacques Derrida's Writing and Difference (1980), Positions (1982), Margins: Of Philosophy (1984), and The Post Card (1987).

"This work opens up and defines an area of research that until now has been only present latently. Bass situates Freud and psychoanalytic interpretation in proximity to Nietzsche, Heidegger, and Derrida. The result is original and groundbreaking and should be of interest to a wide swath of readers–philosophers, critical theorists of all disciplines, and thoughtful psychoanalysts."

"This book is a striking philosophical interrogation of the practivce of psychoanalysis...I am convinced that Bass has opened up some new possibilities for further critical dialogue between philosophy and psychoanalysis." 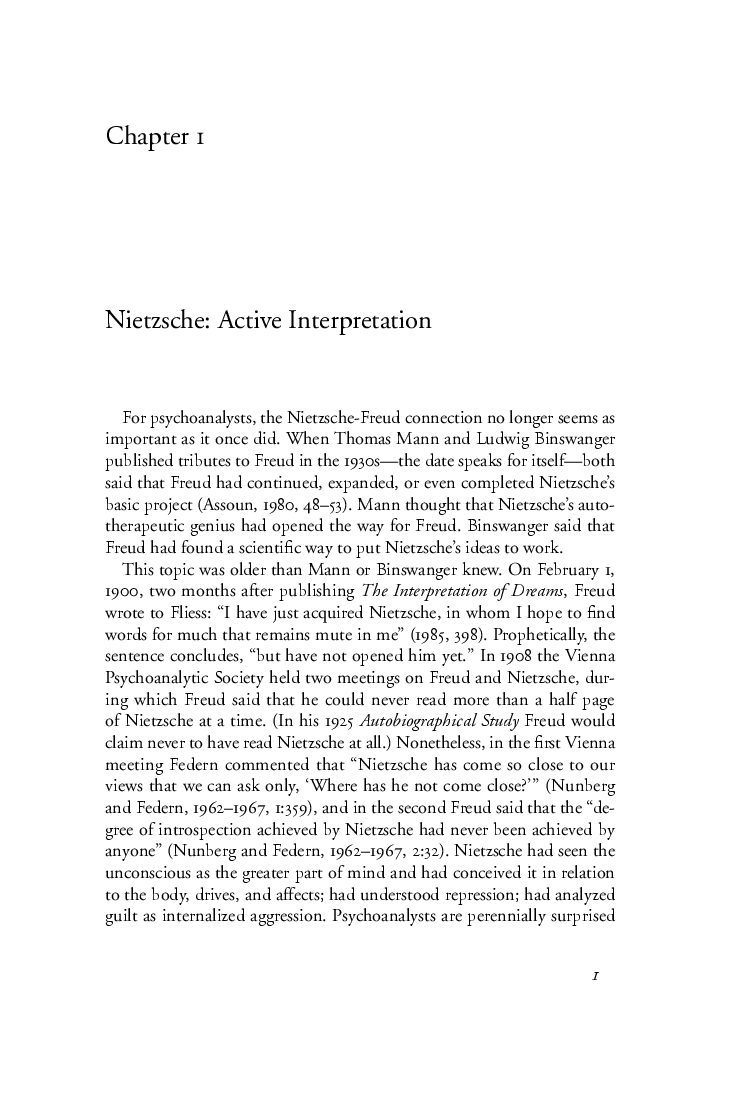 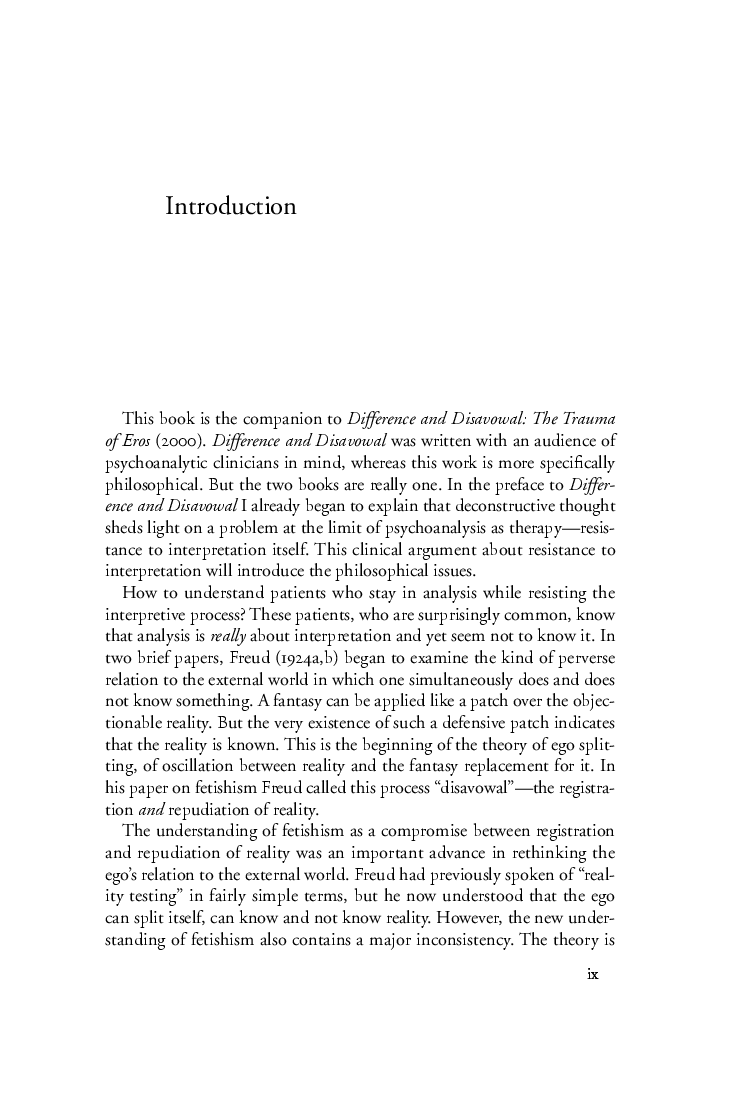 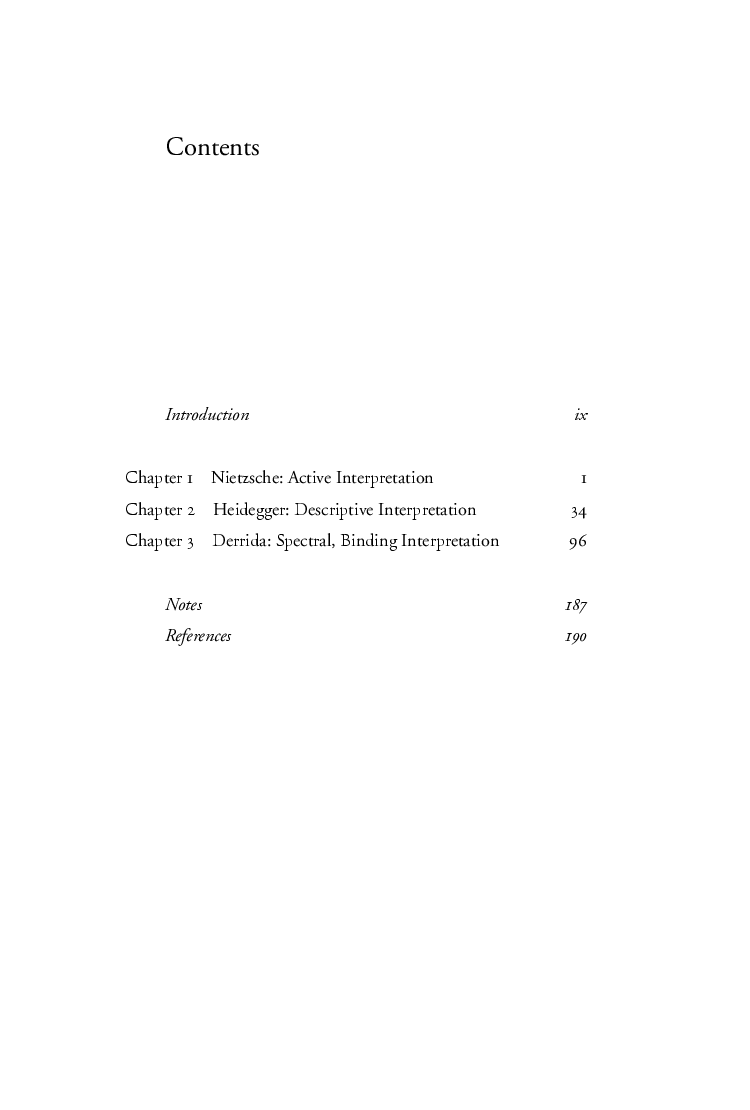