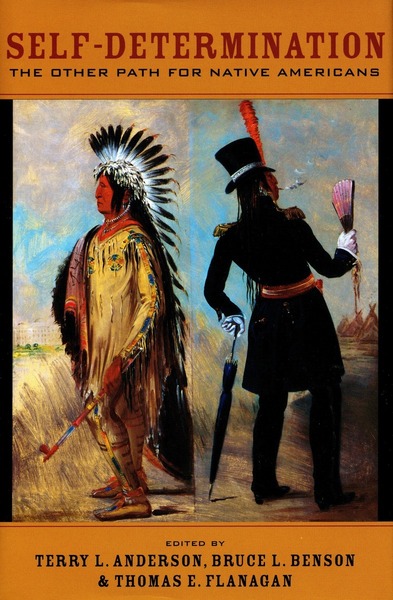 This book compares and contrasts historical and contemporary Canadian and U.S. Native American policy. The contributors include economists, political scientists, and lawyers, who, despite analyzing a number of different groups in several eras, consistently take a political economy approach to the issues. Using this framework, the authors examine the evolution of property rights, from wildlife in pre-Columbian times and the potential for using property rights to resolve contemporary fish and wildlife issues, to the importance of customs and culture to resource use decisions; the competition from states for Native American casino revenues; and the impact of sovereignty on economic development. In each case, the chapters present new data and new ways of thinking about old evidence. In addition to providing a framework for analysis and new data, this book suggests how Native American and First Nation policy might be reformed toward the end of sustainable economic development, cultural integrity, and self-determination. For these reasons, the book should be of interest to scholars, policy analysts, and students of Native American law, economics, and resource use, as well as those interested in the history of Native Americans and Canada’s First Nations.

Terry L. Anderson is John and Jean DeNault Senior Fellow at the Hoover Institution, Executive Director of the Property and Environment Research Center (PERC), and Professor Emeritus at Montana State University. Bruce Benson is DeVoe Moore Distinguished Research Professor of Economics at Florida State University. Thomas E. Flanagan is Professor of Political Science at the University of Calgary and a Fellow of the Royal Society of Canada.

"[The authors of Self-Determination] not only are out to set the record straight, but also present alternatives for Native Americans that can give them a better life than exists today on the reservation... For those who believe that Native Americans really do deserve better than the myths of communalism, this is a book worth reading."

"This interesting book provides material for demonstrating the internal contradictions of the 'property rights' approach to analysis of American Indian economics... To the extent limited assumptions capture part of humanity's characteristics, the examples reported in this book explore ingenious implications of their simple model."

"As Nobel Prize Winner Douglass C. North states in his short introduction to this volume, Native Americans 'deserve a better story' than generally is found in the literature, and in this book they get much more optimistic treatment than is generally the case. You do not have to agree with all of the arguments in this volume to benefit from its challenges to conventional wisdom and to appreciate the novel approaches that are part of the chapters."

"Thanks to this series of carefully researched essays, it's possible to get a glimmer of a far more hopeful future for the American Indian than today's sad reservation system, rooted in collectivist economics and stereotypes about Indian culture, can ever hope to offer."

"Starting with the history of early Indian institutions and moving through European contact, government intervention, and constitutional issues of sovereignty, Self-Determination drives home the fact that property rights—the ability to freely exercise choice over assets—is a critical factor in economic development. This book is an excellent achievement, and should have a huge impact on public policy in Indian affairs."

"The most important aspect of human history has been the attempt by individuals to increase their sovereignty at the expense of the sovereignty of the state. Where this has been achieved and to what extent has depended on the institution of private property. This book is a substantive contribution to understanding the association between property and individual sovereignty in a particularly vexed historical context. It should be read by all but especially by leaders in the affected communities."

—Michael Walker, Co-founder with Milton and Rose D. Friedman of the Economic Freedom of the World Project

"In his introduction, Nobel Laureate Douglass North states that the history of Native Americans 'requires a far richer understanding of the complex nature of human cultures, and equally, of the fundamentals of economic and societal change than we have possessed' (p.1). Self-Determination: The Other Path for Native Americans is an important step in that direction." 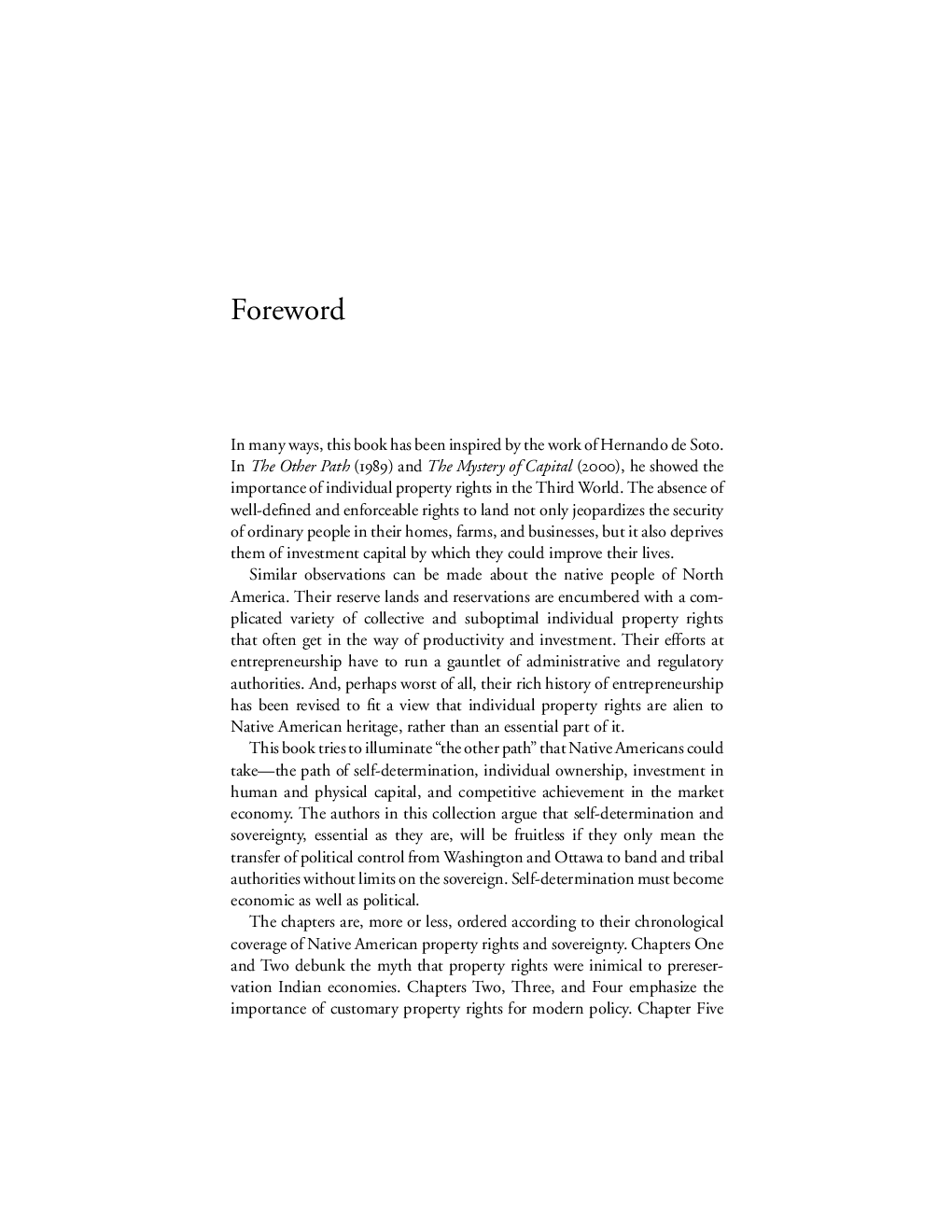 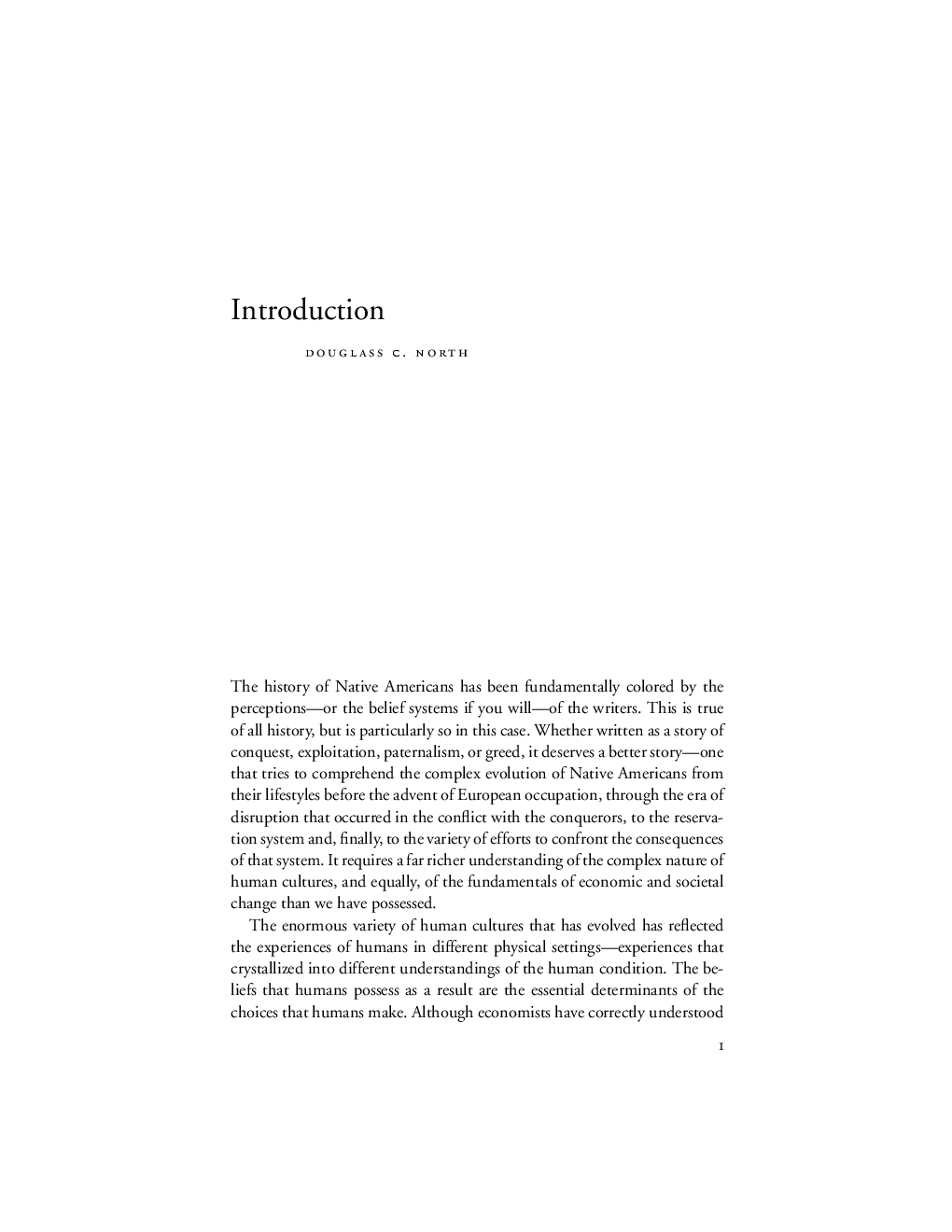 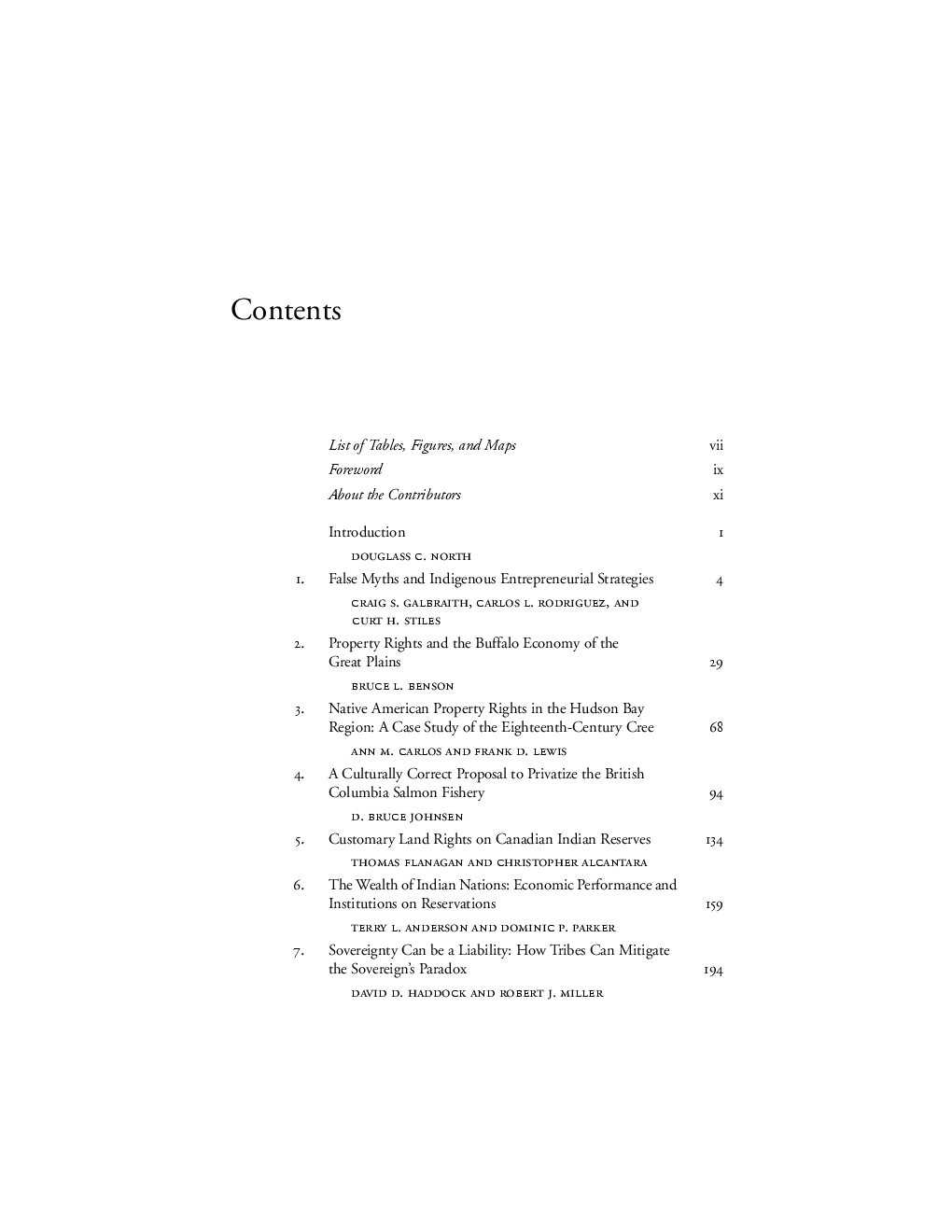