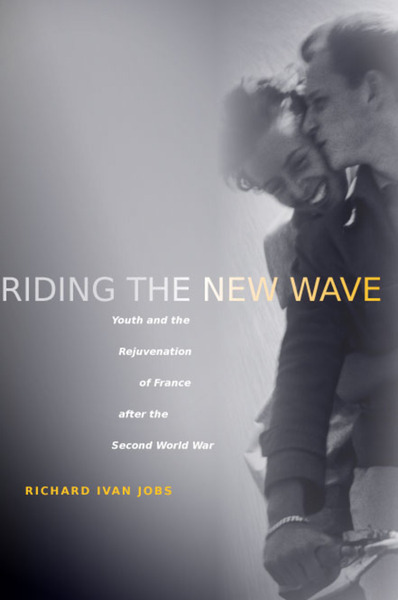 This book tells the story of France's remarkable transformation in the 1940s and 1950s through exhaustive study of the role of youth and youth culture in France's rejuvenation and cultural reconstruction in the aftermath of war, occupation, and collaboration. Examining everything from Brigitte Bardot and New Wave film to Tarzan and comic books, from juvenile delinquents and managerial technocrats to soldiers and 1968 protesters, from popular culture to politics, the author makes a fascinating case for reconsidering the significance and meaning of youth in postwar France. Riding the New Wave advances a new methodological approach by considering age as a category of historical analysis comparable to, and in tandem with, race, class, and gender. This history reveals youth to be a central feature in France's recovery from the Second World War while also clarifying the international significance of youth in the tumultuous 1960s.

"Jobs's book succeeds on two fronts: arguing that youth is a category in need of prodding and analysis, and reframing the cultural history of postwar France against the discursive background of young versus old. It is especially relevant as a work of cultural history and the analysis of cultural products are first-rate."

"This is an important and original study not merely in its analyses of multiple ways in which youth figured in the history of this period, but also in its argument that age categories represent an important tool of social analysis. The research is remarkably extensive, and ranges over a dazzling array of activity."

"Structured around the dichotomy of good and bad youth, this study is well adapted to the dominant discourses of the first decade or so after the war."

"Riding the New Wave is a path-breaking book that deserves to become a staple in everyone's reading about postwar France. The research is thorough and imaginatively pursued in a great variety of archival and printed primary sources, offering a fresh perspective on France in the postwar years. The prose is engaging and precise. There is nothing like it in the scholarly literature."--Herrick Chapman, New York University

"This is an engaging, serious, and important book, based upon very impressive scholarship. Jobs analysis is anchored in a serious grasp of post-1945 politics and makes a compelling case."--William D. Irvine, York University

"In this impressively researched, clearly written, and persuasively argued study, Richard Ivan Jobs demonstrates how French young people came to symbolize the whole of France as the nation recovered following World War II This book represents an extremely valuable contribution to the literature in several ways. Jobs has at once produced a new narrative of the post-war era, a new history of the much-maligned Fourth Republic, and a pre-history of 1968."

"This book represents an extremely valuable contribution to the literature. . . . Jobs has at once produced a new narrative of the postwar era, a new history of the much-maligned Fourth Republic, . . . and a pre-history of 1968. . . . He has also challenged historians to think carefully about the importance of age as a powerful [analytic] category."

"An imaginative, readable, yet exhaustively researched and documented 'ride' through the two difficult, fascinating decades after the French occupation and its associated indignities. . . . Engaging and precise in its prose, broad and diverse in its vocabulary, intuitive and sagacious in its critical perspective."

"This attractive, hardback monograph offers an imaginative, readable, yet exhaustively researched and documented "ride" through two difficult, fascinating decades after the French occupation and its associated indignities...the author is extremely impressive in this important, scholarly effort that is as incisive in its commentary and its understanding of modern French culture as it is thorough in its description and its analysis of the people and events that shaped post-war years. He is also refreshingly creative in how he constructs his project as a series of dichotomies; youth versus age, good kids versus bad kids, men versus women, heroism versus betrayal, and sacrifice versus treachery."

"Extensively researched and engagingly written, this book does a fine job of demonstrating multiple and shifting significations of youth in a nation that was obsessed with the dual task of reconstructing and modernizing both society and politics...Intelligently organized, well-written, and based on exhaustive research, this very fine book should prove highly useful to anyone interested in the subject." 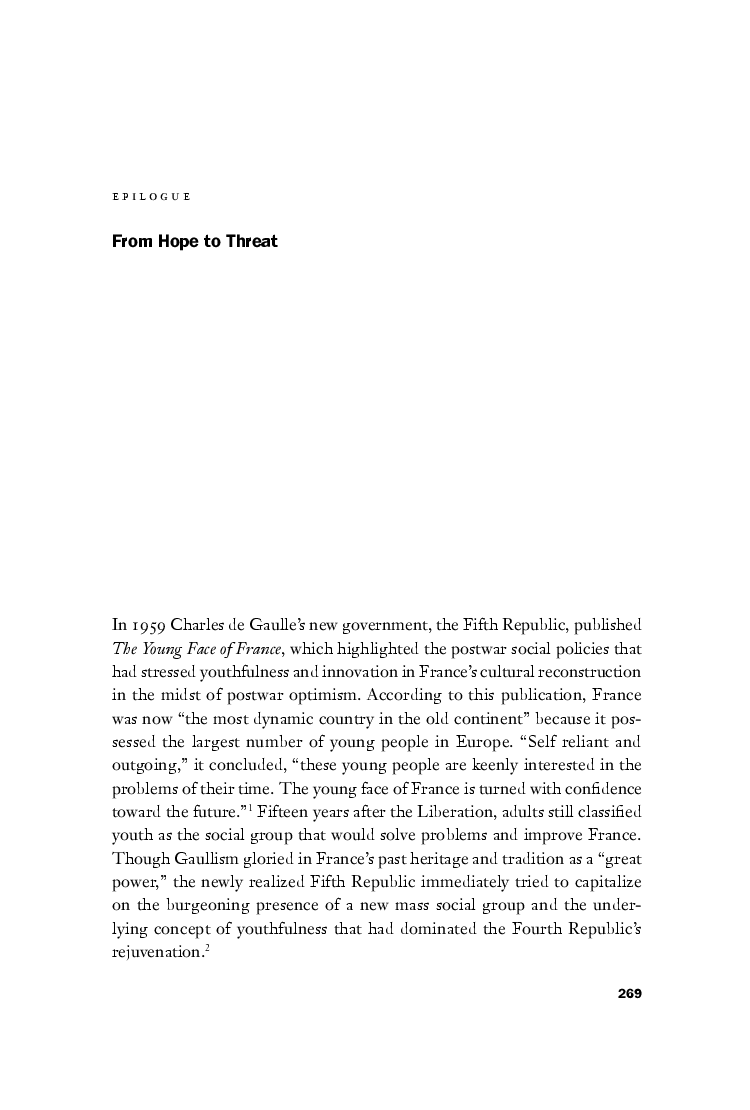 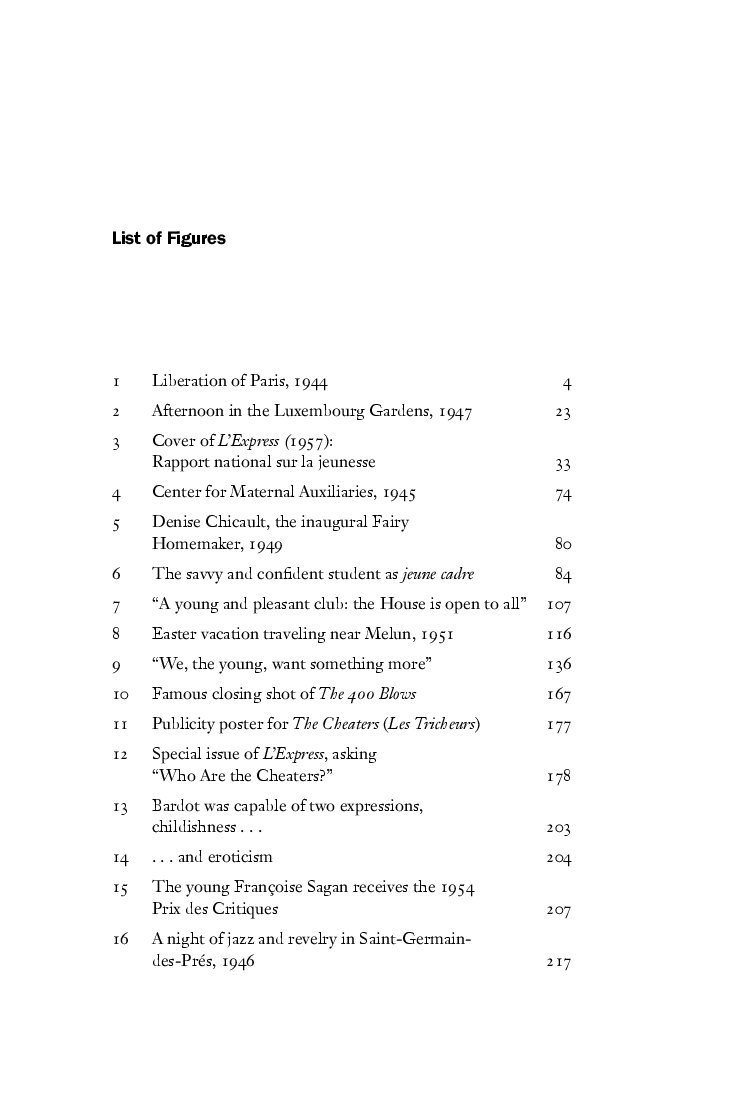 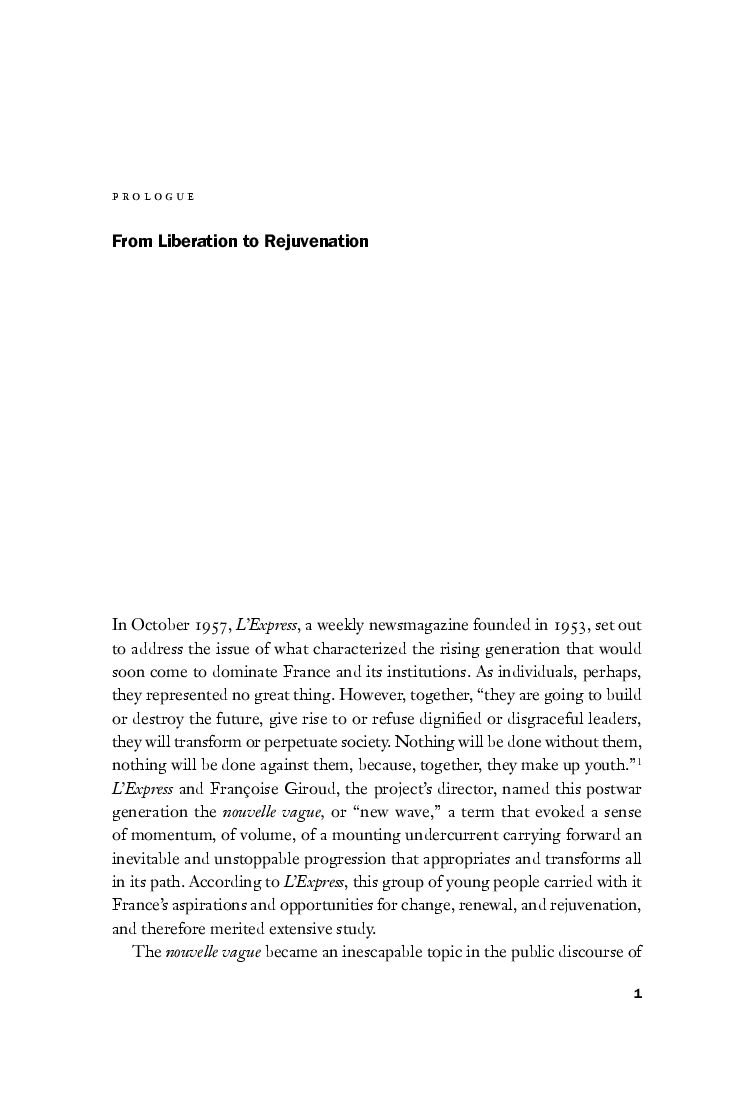 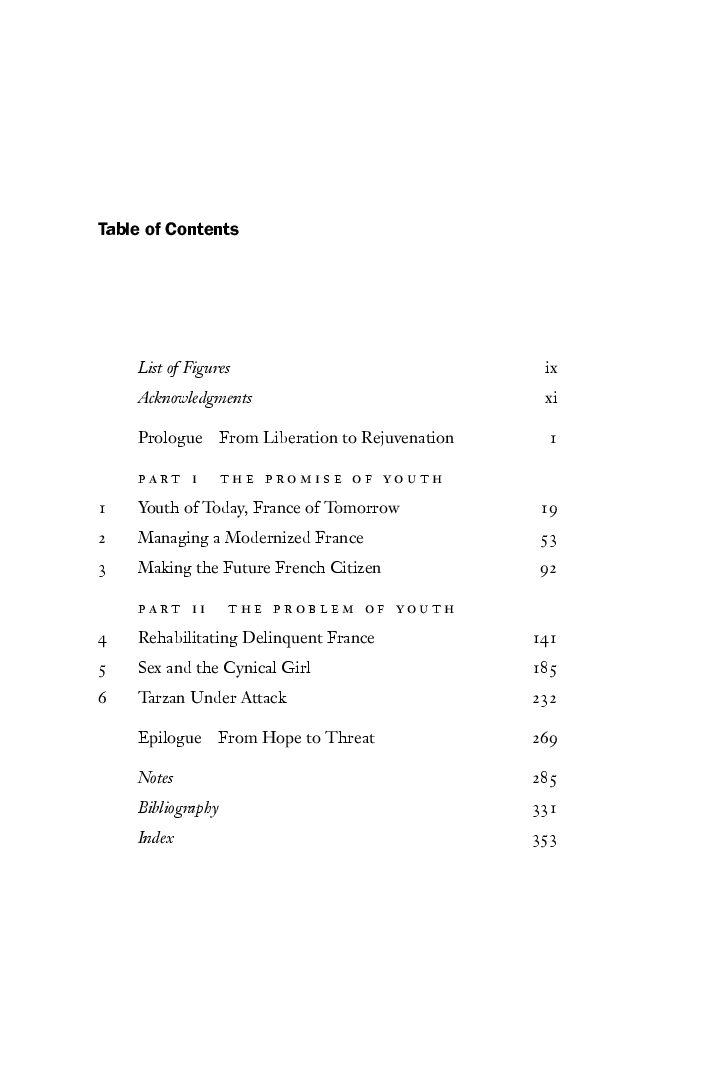