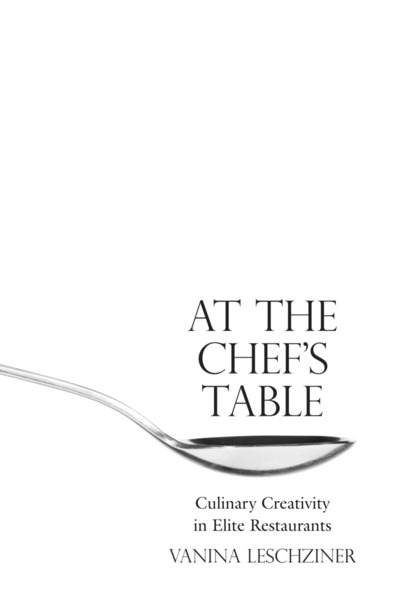 This book is about the creative work of chefs at elite restaurants in New York and San Francisco, an empirical subject I chose in order to examine the (much more abstract) analytical question of how and why individuals act the way they do. Areas of life rife with ambiguity, uncertainty, high pressure, and contradictory forces are especially good for exploring how individuals make choices about their actions. Creative work in cultural spheres is one such case. In such work it is not always easy to make products that satisfy the taste of audiences and create something original. In addition, the evaluation of quality is not clear-cut but has the power to make or break one’s career nonetheless. Creators must navigate competing forces—including their own habits and inclinations, economic pressures, and status constraints—in coming up with new ideas and managing their careers.

Why explore these issues in high cuisine? When I began the research that led to this book, chefs’ work was still largely unexplored in sociological and organizational research (particularly in the Anglo-Saxon world), so there was much to learn. In the world of elite restaurants, there are especially strong and competing pressures to have a creative and distinctive style and at the same time to navigate market forces to run a profitable business (of a type characterized by high costs and low profit margins). That creativity and commercial forces are both at the center of chefs’ jobs means that chefs have to make difficult choices to manage their work and careers. For analytical purposes, it means that high cuisine combines areas that are often separated in scholarly research, namely the business world and the spheres of culture and the arts. Chefs cannot choose either the value of artistry or the incentives of the economic market. That is, there may be “starving artists,” willing to forgo material comforts for the sake of their art, but there cannot be such a thing as a starving chef (a metaphor that surely applies to more than economics when it comes to chefs). Chefs risk not only losing their restaurants if they cannot run a profitable business but also damaging their reputations. These conditions turn the world of elite restaurants into a particularly good case for studying the dynamics of cultural creation and examining the major theories and perspectives that we use to explain the workings of cultural spheres and organizational configurations.

That the main question that drove this study is about creative work means that the focus of this book is on how chefs create dishes and manage their culinary styles. To understand how they do so, I made use of several lines of research, addressing cognition, categories and classifications, literature on work and occupations, theories of action and practice theories, field theory, and organizational analysis. No book can address all the factors that make an area of life what it is, and this one is no exception. Though I focus on the creative part of chefs’ jobs, chefs do not create dishes on their own but collaborate with staff (and rely on them for cooking). Neither do they spend much of their time on the creation of dishes, for management activities and overlooking the kitchen staff take up a good part of their day. These factors inform my understanding of high cuisine and the analysis I developed, but little information about them is provided in the book.

Though broad analytical questions guided the research project that led to this book, the book itself is about chefs in elite restaurants in New York and San Francisco, and its goal is therefore to convey how these individuals understand their own world. This approach entails several implications, critical among which is the delimitation of that world. To make choices about their work and manage their careers, chefs orient their actions to those chefs they see as potential competitors (those who are not potential competitors serve for inspiration, but getting inspiration from others and orienting actions towards others are two very different processes). Chefs in other cities are not competitors (i.e., if I am in New York today, I cannot go out for dinner in Tokyo, however great the dining scene is in that city). Those preparing food at fast food restaurants or the corner joint are not competitors either, and neither are chefs at ethnic restaurants (a term I understand phenomenologically, following chefs’ own understanding). This means that chefs’ mental maps of their world, which they use to orient their actions, have relatively narrow boundaries, and therefore that this book has the same narrow boundaries.

That I describe the contemporary world of elite chefs, and that a large part of the information I discuss is drawn from New York City, has the unfortunate consequence that I use mostly male pronouns throughout. There are not many elite female chefs in New York now, and there were even fewer several years ago when I conducted the research. Following the standards of scholarly writing and switching between male and female pronouns when making generalizing statements about individuals would have drawn an inaccurate picture of the world inhabited by the chefs I interviewed.

Having conducted the research several years prior to the publication of this book has other adverse consequences. Major changes have drastically changed the landscape of the restaurant industry. The phenomenon of the celebrity chef has exploded since the mid-2000s, when I did the fieldwork, bringing about a dramatic growth in media and popular attention to chefs that is quantitatively and qualitatively different from the way they were regarded previously. There are now many more television shows, magazines, websites, blogs, and apps about chefs, and many more social media on which diners can share reviews and photos of their meals, and all this has changed the culinary profession. Among other things, it has made culinary careers more socially desirable (which they were not when the chefs I interviewed entered the occupation) and has increased enrollment in culinary schools. Food trucks, very much part of this phenomenon, are also a development of the past few years. And some of the major trends sweeping the culinary world as I write these pages had either a minimal or nonexistent presence in New York and San Francisco when I did my fieldwork, including the New Nordic cuisine, nose-to-tail eating, and foraging.

The restaurant industry is fast changing; restaurants open and close at a rapid pace, and fads and fashions last only a few seasons. The trends that mattered most in the mid-2000s, particularly in New York, have receded by now—even the names of some of those trends have changed. Molecular gastronomy was what all chefs talked about then, and foams were in menus all over town. Few foams grace dishes these days, and if chefs talk about this cuisine now, they call it modernist cuisine. The change of nomenclature aside, chefs in New York spend less time talking about this cuisine these days or about the most famous modernist chef in the city. However, if the social sciences help us predict anything, we should expect that chefs still all talk about the key trend of the day and the major chef who represents that trend, whether the trend is foams or foraged foods or the chef is modernist or New Nordic. That is, though the cases in this book represent a particular moment in time, in particular locations, the fundamental patterns derived from those cases should be expected to characterize the dynamics of high cuisine in times and locations beyond those discussed in these pages.