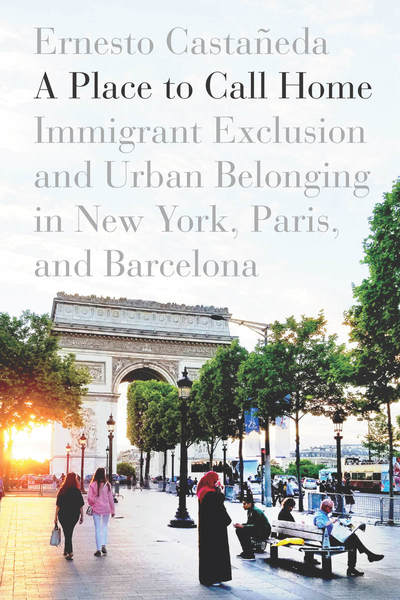 When I left my home in Mexico City in 1999 to attend the University of California, Berkeley, I was excited about the opportunity to attend college abroad. The environment was welcoming, and my transition was smooth, but I had not realized how much I would have to adapt. The language barrier was one of the most obvious challenges. Although I had received a good score on my TOEFL (Test of English as a Foreign Language) and I could follow readings and lectures well, I was skeptical about the writing conventions of academic English and had some trouble conversing with my American friends. I found it frustrating being unable to convey complex ideas in English as easily as I could in Spanish.

Mexicans and other Latinos in the San Francisco Bay Area helped me feel understood. I met several immigrants from a region in central Mexico called Los Altos de Jalisco, who worked in the city of Berkeley. Many of them worked long hours in cafés and restaurants and sent most of their disposable income to their families in Mexico. I also discovered that many were undocumented and therefore could not travel back to Mexico to see their loved ones.

Most of them wanted to learn English; some even asked me to teach them. They assumed that learning English was a purely technical process that anybody who knew the language could teach. In their eyes, this process was similar to learning how to use an espresso machine, an electronic cash register, or another piece of equipment they had learned to master after moving to the United States. As a nonnative speaker, I did not see myself as qualified to teach English, so I recommended they look for classes at local nonprofits, including the University. They tried, but it was hard to find English courses that were ongoing and affordable. Furthermore, they worked more than ten hours per day and often at two different jobs. When they described their work schedules to me, I realized why taking English classes was impossible for most of them. Unable to refer them to classes, I became a type of cultural broker, teaching them a few words and phrases whenever I saw them.

The Mexican workers I had come to know had no time to organize, attend meetings, or even to meet socially, beyond playing soccer sporadically. By comparison, as a student, I was active in several student clubs and organizations, and I even founded three student groups. These differences in class, roles, legal status, and social positioning were glaringly apparent, and I saw how these differences influenced the pace at which newcomers integrate into their new cities of residence.

These men and women were confined to low-paying jobs where their coworkers and managers also spoke Spanish. As a result, some had been in Berkeley for many years, yet they spoke rudimentary English or only a few basic phrases. Furthermore, they mainly socialized outside of work with other first-generation immigrants from Mexico. Not speaking English affects migrants’ integration into their new cities. They wanted to learn English and enjoy the benefits this would award them.

Anti-immigrant activists often criticize immigrants for not speaking English. To the uninformed, limited English proficiency may appear as a sign that immigrants do not want to integrate. Although it is true that many immigrants lack English proficiency, that assumption is false. There are contextual and structural reasons why some immigrants take a long time to learn the local language.

There are a variety of immigrant stories. First- and later-generation immigrants measure the American Dream using different standards. Many adult migrants toil for years to provide an education for their children who, in turn, clamor for social justice and aspire to become middle class. When living for two years on a Latino-themed floor in a dormitory at Berkeley, I met many Latino students who migrated as children or were born in the United States to immigrant parents. They helped me learn about their lives and struggles in the United States. In everyday conversations, some expressed the grievances that their parents could not verbalize when working in the fields or in manual labor. These children of migrants were getting a college education at one of the best universities in the world. They had the opportunity to organize events to highlight their cultural heritage, the injustices faced by their communities, and to voice their political concerns. They often volunteered in programs to help more Latinos attend college. Although we followed different paths and had different linguistic and socioeconomic advantages, we bonded over our shared interests in current events in Latin America and the successes of Latinos and their contributions to the United States.

I came to know my way around the Bay Area and made many friends from extremely diverse backgrounds. In 2003, I moved from Berkeley to New York City to begin a PhD program at Columbia University. When I arrived in New York, I did not know anyone, nor did I know my way around the city. Fortunately, the university provided me with a new community, and after a year or so, I felt at home. Soon I was participating in several graduate student associations and organizing meetings for a group of Mexican graduate students and professionals living in the city.

Although international graduate students may begin to feel at ease living in New York within just a year or two, this is generally not the case for immigrants who work in nonprofessional jobs. As I discovered, it may take them years or even decades to begin to feel like a New Yorker, a process directly related to the problems of language and assimilation already mentioned. For many Mexican immigrants in New York, there is little time to do anything other than work and commute. Socialization is often limited to interactions with people at work and contact with people in their hometown.

I grew up reading about the French Revolution and the Enlightenment. At Berkeley, I minored in French to gain access to another cultural world, just as learning English and studying abroad had allowed me to experience American culture. With the support of two fellowships, I lived in Paris for a year conducting full-time research for this book. Moving to Paris can be a uniquely pleasant experience for some, but it can be quite different for an unemployed immigrant from the global south. Fortunately, I had resources and tools to complete the research I had in mind.

My experiences in having a goal, moving, adapting, and purposely moving again are very common for Americans who frequently move within the United States for educational and employment reasons. Labor immigrants also share this mobility. Yet legal, cultural, and structural barriers vary by level of education, class, and nationality.

This book addresses how various demographic, political, and social arrangements make newcomers feel at home. As I will show, subjective feelings of belonging are as important as objective measures of integration to understand the political and social behavior of immigrants and their descendants. Newcomers are subject to processes of both inclusion and exclusion. However, it is interesting to find out in their narratives what experiences influence immigrants the most as they try to find a place to call home.