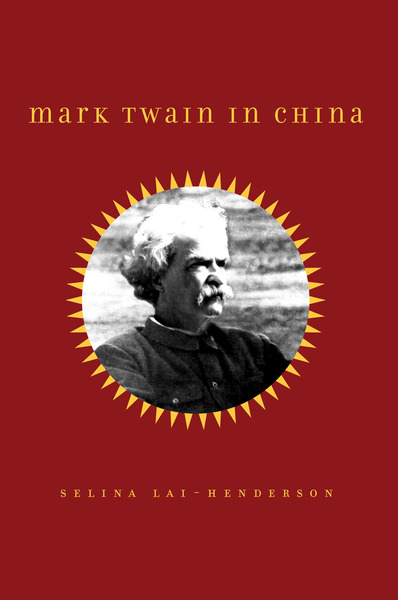 This chapter charts the continued popularity and influence of Mark Twain in the US and around the world a century after his death, and what prominent Chinese writers such as Lu Xun and Lao She have said about Twain as an American writer, anti-imperialist, and supporter of Chinese rights at home and abroad. Introducing Twain's lifelong connection with the Chinese and posthumous voyage in China, the chapter addresses the significant transition that Twain underwent in his attitudes toward the Chinese as a result of his global travels. While most Chinese scholars and readers tend to neglect Twain's early perception of and prejudice toward the Chinese, the introduction calls to attention the important correlation between the writer's moral journey and the posthumous impact of his work in China, and the necessity to consider this transition while examining the reasons to Twain's lasting popularity there.

This chapter begins with Clemens's early adventures in the American West in the 1860s. What Clemens witnessed in the frontier would contradict the founding ideals that he once learned as a child in Missouri. The everyday scenario of the American police and Irish oppression of the Chinese in the streets of San Francisco compelled him to reflect upon a country that was founded on democratic ideals but was also ironically plagued by racism. In 1870, Twain married and settled down with Olivia Langdon in New York. His father-in-law, Jervis Langdon, played an important role as an abolitionist in influencing Twain's racial attitude toward slavery. Around the same time, a figure that had an influence on Twain regarding the use of Chinese protagonists in his work was Bret Harte. The two collaborated on the play, "Ah Sin," which unfortunately brought the end of their friendship.

2 From the Mississippi to the Big Sea: Voyages Across the Pacific
chapter abstract

This chapter examines the impact of two Pacific voyages that Twain undertook on his attitude toward the Chinese. Sent by the Sacramento Union as a correspondent to the Sandwich Islands (Hawaii) in 1866, Twain supported US annexation of the Islands and the importation of Chinese "coolie" labor to the plantations there. On this trip Twain became friends with Anson Burlingame, the then US Minister to China (1861-1867), who helped to deepen Twain's understanding of and acquaintance with the Chinese. As Twain revisited the Sandwich Islands thirty years later in 1895 as part of his lecture series along the equator, he had become increasingly skeptical of European, and soon after, American colonization by means of economic dominance and missionary involvements in foreign territories. The cultural and ethnic diversity that Twain encountered beyond the American shore complicated the racial assumptions that he grew up with in the slave-holding South.

This chapter discusses Twain's anti-imperialist position and involvement with the American Anti-Imperialist League as he returned from Europe in 1900. Twain was infuriated as imperial powers including the US were taking land by force not only from the Chinese, but also from Filipinos, Cubans, and other people of color. What he once perceived as "human vermin" turned out to be nobler than many of the so-called "civilized" people. Admitting to once being a "red-hot imperialist," he returned home declaring himself a Chinese Boxer against European and American imperialism. The author discusses a few important anti-imperialist pieces, such as "To the Person Sitting in Darkness," "To My Missionary Critics," "The United States of Lyncherdom," and "The Fable of the Yellow Terror," and examines the factors that led Clemens to take issue with the Rev. William Ament and the American Board of Commissioners for Foreign Mission (ABCFM).

This chapter explores the socio-historical and political background in China into which Twain was first introduced. Brought to Chinese readers by Liang Qichao during his exile in Japan in late Qing China, Twain's work indispensably contributed to the early process of transnationalism in the Chinese literary community across China, Japan, and the US. Huckleberry Finn, in particular, was used to revolutionize literature, language, and society in China as the nation was undergoing a series of westernization reforms and as a political tool during the Cold War era. Nevertheless, the travels of Huck Finn from the Chinese Mainland to Hong Kong and Taiwan during the Chinese Cultural Revolution (1966-1976) suggests that translating Twain's work in these places functioned in part as a means of distancing themselves from communism and Chinese civilization as it was being constructed in the Mainland at the time.

This chapter examines specific passages from Huck Finn and explores how Chinese translators approach Twain's work in the late 20th century and beyond—how they conveyed appropriate contexts and elucidated elements that were unfamiliar to Chinese readers. Drawing on a few representative works of translation from different periods, the chapter explores some of the challenges that Chinese translators have been confronted with when it comes to translating the language of a fourteen-year-old boy, Pap Finn's racist attitude, and Jim's black vernacular. It looks at how Twain's work was used to portray America in different spatial and historical moments, as well as how American race relations get transposed into other cultural contexts, and whether the critiques of racism embodied in Twain's work get passed on to readers in China.

In the final chapter of Huckleberry Finn, Huck concluded that he "got to light out for the territory ahead of the rest, because Aunt Sally she's going to adopt me and sivilize me, and I can't stand it. I been there before." While Huck's refusal to be "sivilized" speaks of Twain's own skepticism about white Americans' construction of the term, the epilogue will present a somewhat different picture of what "sivilization" means when Huck Finn is put into different Chinese contexts, i.e. Mainland China, Taiwan, Hong Kong, Xinjiang, Inner Mongolia, and Tibet. It concludes with an overview of the history and nature of Chinese culture and the frontier, and how it thereby influences the understanding of Huck Finn in China. It suggests that, however ironic, the brilliance and lasting popularity of Twain's work lies in it being effectively used to suit different political implications in politically-conflicting regions.