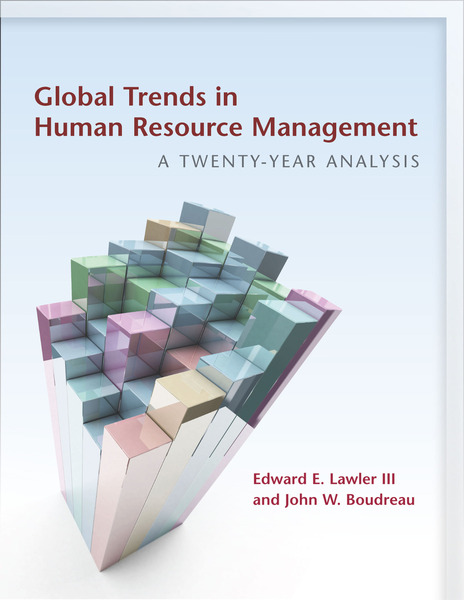 This book reports the results from the seventh study done by the Center for Effective Organizations of the human resource (HR) function in large corporations. Like the previous studies, it measures whether the HR function is changing and whether it is an effective strategic partner. The study also analyzes how organizations can more effectively manage their human capital. It gathered data on many of the same topics and the same companies that we studied in 1995, 1998, 2001, 2004, 2007, and 2010, and we have compared data from our earlier studies with data we collected in 2013 in order to measure changes. For the second time, we collected data from multiple countries so that we can determine how corporations in the United States differ from those of other countries. Information on how the data for this study were collected are in appendix B, which presents information on the characteristics of the sample. A copy of the questionnaire used in the study, along with the responses for the US sample, are in appendix C.

We are deeply indebted to Walt Cleaver and Human Resource People and Strategy for their support of all seven of our studies. Thanks also go to Jay Jamrog, Kevin Oakes, and the Institute for Corporate Productivity (i4cp) for its support of our 2007, 2010, and 2013 surveys. A number of individuals and organizations helped us with international data collection. We offer special thanks to our research partners who helped us with data collection; we list them in appendix A.

We also thank Lorelei Oriel Palacpac for her help in preparing the manuscript. Alice Yee Mark, Aaron Griffith, and Nora Osganian helped with the data collection and did a terrific job analyzing the data.

The Marshall School of Business of the University of Southern California deserves special thanks and recognition for its continuing support of the activities of the Center for Effective Organizations. In addition, we thank the corporate sponsors of the center for their support of CEO and its mission; their support is vital to the overall success of the center and is responsible for enabling us to do the kind of research reported here.

The Center for Effective Organizations has been and continues to be focused on doing research that improves organizational effectiveness. During 2014, it celebrated its thirty-fifth-year anniversary.

Special thanks go to Susan Mohrman, who has made many contributions to this research effort. She and Ed did the first three surveys, and she worked with us on the fourth.