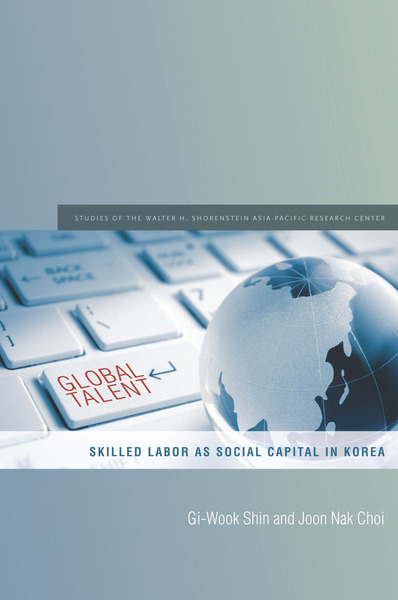 Appendix A
Appendix B
Contents
Excerpt from Chapter One

Toward a New Model of Engaging Skilled Foreigners

The story of Korea’s economic miracle is now well known throughout the world. Over the past 50 years, the Republic of Korea (henceforth Korea) has gone from one of the least developed countries to one of the most developed. Today, Korea ranks among the 31 high-income members of the Organisation for Economic Co-operation and Development (OECD) and is classified as an advanced economy by ratings firms, including the FTSE (Financial Times and London Stock Exchange), Standard and Poor’s, and Dow Jones. As the only member of this prestigious club that has gone from a recipient to a provider of official development aid (ODA), Korea has become a model for many other developing countries that seek to replicate its success. Korea’s economic rise has been accompanied by social development as well; according to the 2010 Human Development Index (HDI), a broad measure of social development, Korea scores virtually identical to Japan and above France, Great Britain, and Italy. Today, Korea has gained a “place in the sun” as an advanced nation with firms like Samsung Electronics and Hyundai Motors, which have become global leaders.

Yet economic development has come with new challenges. As a wealthy, high-income developed country, Korea is increasingly experiencing the same competitive challenges from newly industrializing countries as other advanced nations. In recent years, many countries have followed Korea’s formula for development: exporting industrial goods and using the proceeds to invest in more advanced technology, gradually moving up the technology ladder to produce increasingly profitable goods. Through this process, industrializing countries like China have become increasingly sophisticated competitors in the same export industries that Korea has recently dominated, including automobiles, consumer electronics, and shipbuilding. Cutthroat competition in such industries harms Korea more than it does other developed countries that rely less upon manufacturing and more on lucrative service sector industries such as finance and business services. Having reached the limits of export-oriented industrialization, Korea is now attempting to find new engines of economic growth. Toward this end, the previous Lee Myung-bak administration promoted a “knowledge-based economy” while the current Park Geun-hye government is pursuing a “creative economy,” emphasizing the development of advanced services and complementing Korea’s historical strengths in electronics hardware with software expertise.

Such efforts have been hampered by Korea’s shortage of top-tier “global talent.” Korea has an extensive system of higher education—indeed, nearly 70 percent of Koreans between 25 and 34 years of age hold the equivalent of a bachelor’s degree, the highest in the OECD.1 Yet, the country faces a shortage of global talent—individuals with key technical or professional skills conferring valuable advantages for firms competing in global markets.2 For instance, one recent ranking of cities worldwide conducted by the consultancy A.T. Kearney and the Chicago Council on Global Affairs highlighted Seoul’s shortage of global talent. This study ranked Seoul as the ninth most important city in the world, with high marks in terms of business activity (7th) and research and development (5th) but much lower marks regarding the quality of its human capital (35th).3 Similarly, the French business school INSEAD recently ranked Korea 28 out of 103 countries in the 2013 Global Talent Competitiveness Index, a disappointing performance considering its economic strength and vitality. Such evidence suggests that Korea produces an abundant supply of college graduates yet faces shortages of global talent in key sectors, including business services and software engineering.4

One potential solution for Korea is to follow countries like the United States and Canada in recruiting talented foreigners who possess the prized skills mentioned above. A large literature on economic growth has long considered skilled foreigners instrumental for enhancing a country’s economic competitiveness. As Kirkegaard (2007: 1–2) argues, “The long-term economic growth of an advanced country . . . is with certainty highly correlated with the skill level of its residents. . . . The skill level in turn depends heavily on both the education and immigration policies of the country. The combined outcome of these policies is a ready supply of high-skilled workers, which is critical for globally competing businesses.” For this reason, the United States, Canada, and other such countries not only train their own citizens at institutions of higher education but also recruit foreigners possessing desired expertise in fields as diverse as medicine, finance, and software engineering. Foreigners possessing specialized technical expertise or training have played a critical role in endowing such countries with substantial competitive advantages.5 One needs to look no further than Silicon Valley, which could not have obtained and maintained its status as the center of the global technology industry without an influx of talented Indian and Chinese engineers.

Two global trends are making the recruitment of skilled foreigners all the more important. Economic globalization has facilitated the flow of goods, services, and capital across national boundaries and has increased the demand for top professionals who are qualified to handle such tasks. Demographic changes will further increase the competition for global talent, given a looming shortage of skilled labor in advanced countries.6 Approximately 20 percent of humanity lives in countries where the number of children being born is lower than that of deaths among the elderly.7 This transition will affect the workforce sooner than outright population decreases; the number of economically active individuals will begin declining long before the overall population does. Thus, between economic shifts increasing the demand for skilled labor and demographic shifts limiting the supply of such labor, workers with the right skills are becoming increasingly valuable, and the “global war for talent” will only intensify.

1. Organisation for Economic Co-operation and Development (2012b).

2. Prior studies on global talent management have highlighted two different aspects of the phenomenon. On the one hand, research on human resource management has emphasized that “better talent is worth fighting for” (Chambers et al. 1998), recommending that human resource professionals seek out the best and brightest individuals across the world. On the other hand, research on organizational behavior (e.g., Pfeffer and Sutton 2006) has found that an individual’s natural talent has an overrated impact upon organizational performance, suggesting that the recruitment of “stars” fails to yield performance increases (for a review, see Beechler and Woodward 2009). Given this, we focus upon global talent as individuals with technical or professional skills conferring valuable advantages for firms competing in global markets.

4. We look more deeply into this problem in Chapter 5.