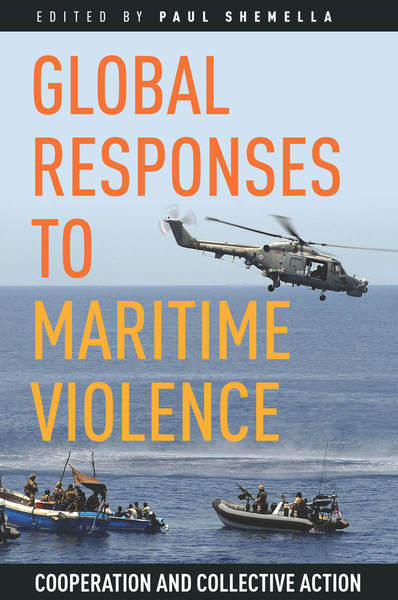 Paul Shemella retired from the Navy at the rank of Captain in 1996 after a career in Special Operations. During his military service, he planned and executed operations in Latin America, Europe, and other regions. He earned a Master’s Degree in National Security Affairs at the Naval Postgraduate School and attended the Kennedy School of Government at Harvard University as a Senior Fellow in National Security. Captain Shemella has been with the Center for Civil-Military Relations (CCMR) since 1998. He is currently the CCMR Africa Program Manager, having developed and managed programs for Combating Terrorism and Maritime Violence. Captain Shemella is assisted in these efforts by a network of civilian and retired military faculty members drawn from the Naval Postgraduate School, civilian universities, government organizations, and the private sector. Captain Shemella is the principal author and editor of Fighting Back: What Governments Can Do About Terrorism, published by Stanford University Press in 2011.

Aubrey Bogle served as a line officer in the US Navy from 1967–1983 and Coast Guard (1983–2001). His postgraduate degrees include a Master of Arts degree in Economics (1971) and a Juris Doctorate degree (1980), both from Vanderbilt University. He has been active in CCMR programs since 2003. His military service includes five afloat tours and Coast Guard staff legal assignments. He also has extensive operational service in the Middle East on the 5th Fleet/US Navy Central Command Staff (1992 and 1997–1999). Mr. Bogle served on the faculty of the Naval War College as Deputy Director of the International Law Division, lecturing on a wide range of international law topics at the college and in South America. In 2001, Mr. Bogle retired from active military service, and accepted a position at the Defense Institute of International Legal Studies (DIILS) He retired in 2011, having served as Regional Program Director for DIILS programs in the United States Central Command and the US Pacific Command.

Peter Chalk is a Senior Policy Analyst with the RAND Corporation, Santa Monica, California. He has worked on a range of projects, including studies examining low-intensity conflict threats in the Philippines, Thailand, Indonesia, India (Kashmir), Pakistan, and Sri Lanka. Prior to joining RAND, Dr. Chalk was an Assistant Professor of Politics at the University of Queensland, Brisbane, and a Postdoctoral Fellow in the Strategic and Defense Studies Centre of the Australian National University, Canberra. He is a specialist correspondent for Jane’s Intelligence Review and Associate Editor of Studies in Conflict Terrorism—one of the foremost journals in the international security field. Dr. Chalk has regularly testified before the US Senate on issues pertaining to national and international terrorism and is the author of numerous books, book chapters, monographs, and journal articles dealing with various aspects of low-intensity conflict in the contemporary world. Dr. Chalk has taught regularly for CCMR since 2005.

Lawrence E. Cline completed a career as an intelligence officer and Middle East Foreign Area Officer in the US Army. His military service featured tours of duty in Egypt, Lebanon, El Salvador, and Somalia, as well as Joint Staff and Special Forces assignments. He holds an MA in International Relations from Boston University. Dr. Cline earned a PhD in Political Science from the State University of New York at Buffalo, writing a dissertation on Islamic insurgent movements. He has published a number of articles on international security and internal security affairs in various academic journals and has given numerous conference paper presentations and lectures on aspects of low-intensity conflicts. He has been a regular faculty member for the CCMR academic program “Civil-Military Responses to Terrorism” since 2002. In 2006, Dr. Cline volunteered for recall to active duty and served as an intelligence advisor in Iraq.

Timothy J. Doorey is a Lecturer and Maritime Security Program Manager for the Center for Civil-Military Relations (CCMR). Prior to joining CCMR in 2009, he served twenty-eight years as a naval intelligence officer. Captain Doorey’s last assignment on active duty was as the Senior Intelligence Officer at the Naval Postgraduate School, where he developed and taught graduate-level intelligence courses and mentored US and allied officers. During his career, Captain Doorey provided direct tactical, operational, and strategic-level intelligence support for US and coalition operations around the world. Captain Doorey has master’s degrees from the Naval War College in Newport, RI (National Security and Strategic Studies) and the Naval Postgraduate School (National Security Affairs), and he was the Navy’s Federal Executive Fellow at Harvard University’s John M. Olin Institute for Strategic Studies. Captain Doorey now develops and leads in-residence and mobile education teams for CCMR in all regions of the world.

Rohan Gunaratna is a specialist of the global threat environment, with expertise in Asia, the Middle East, and Africa threat groups. He is head of Singapore’s International Centre for Political Violence and Terrorism Research (ICPVTR), one of the largest specialist counterterrorism research and training centers in the world. He is also Professor of Security Studies at the S. Rajaratnam School of International Studies, Nanyang Technological University, Singapore. Gunaratna serves on the advisory board of the International Centre for Counter-Terrorism in The Hague. He is a member of the International Advisory Board of the International Institute for Counter-Terrorism in Israel, member of the Steering Committee of George Washington University’s Homeland Security Policy Institute, and Member of the Board of Homeland Security Services Pte Ltd. Gunaratna was a Senior Fellow both at Fletcher School for Law and Diplomacy and at the US Military Academy’s Combating Terrorism Center at West Point.

Thomas R. Mockaitis is Professor of History at DePaul University. He earned his BA in European History from Allegheny College in Meadville, PA, and his MA and PhD in Modern British and Irish History from the University of Wisconsin–Madison. Professor Mockaitis is the author of numerous books on terrorism and insurgency, the most recent of which bears the title, Osama bin Laden: A Biography. He co-edits the journal Small Wars and Insurgencies and frequently provides commentary regarding terrorism issues on a variety of radio and television networks. Professor Mockaitis is a renowned expert on government responses to irregular security threats. He has lectured at military educational institutions all over the world, including the Royal Military Academy Sandhurst (UK). In 2004, Dr. Mockaitis held the Eisenhower Chair at the Royal Military Academy of the Netherlands. He has been a regular faculty member of CCMR since 2003.

James Petroni retired in 2002 from a long career in public safety. He is currently an active consultant in the field of international and homeland security, addressing the threat potentials of both human and natural catastrophes. Beginning in the fire service, Mr. Petroni acquired experience in a wide variety of emergency management disciplines, often serving in significant roles during California’s major emergencies. A longtime faculty member at the California Specialized Training Institute, Mr. Petroni pioneered emergency management procedures that have been adopted around the world. He has served as a consultant and lecturer to various federal agencies, including the Department of Defense, the Federal Emergency Management Agency, the Federal Bureau of Investigation, the Central Intelligence Agency, the Department of State, and the United States Congress. Mr. Petroni has worked closely with a number of foreign governments on disaster and terrorism training programs. He has been a regular CCMR faculty member since 2006.

Charles J. Reinhardt is a career-long transportation industry professional with thirty-five years of experience serving the aviation, rail, motor-carrier, and waterborne modes and supporting multimodal transportation infrastructure development projects on behalf of governments and private investors. In this capacity he has participated in a broad range of engagements for clients in more than thirty countries worldwide. Since 2004 he has lectured at CCMR on topics related to port security, maritime piracy, critical infrastructure protection, and international law. Mr. Reinhardt is a former ship’s officer with service in both the Naval Reserve and Merchant Marine. He holds a professional license as a marine engineer and is certified by the Federal Aviation Administration as a multiengine-rated commercial pilot and flight instructor. Mr. Reinhardt received a BS degree in Marine Engineering from the US Merchant Marine Academy and an MBA in Finance and Accounting from Columbia University.

Robert Schoultz entered the US Navy after graduating from Stanford University with a BA in Philosophy. During a thirty-year career in special operations, Captain Schoultz served in operational and staff assignments in Germany, the United Kingdom, and Panama. He held command positions at both the 0–5 and 0–6 levels. He earned a master’s degree in National Security and Strategic Studies from the Naval War College. Captain Schoultz was a fellow at the US Naval Academy’s Center for Military Ethics and subsequently served as the Director of Officer Development at the Naval Academy. After leaving the Navy, he directed the Master of Science in Global Leadership program at the University of San Diego for six years. He currently manages “Fifth Factor Leadership” in San Diego, California, which offers consulting, corporate education, and keynote speaking. Captain Schoultz has been associated with the Center for Civil-Military Relations since 2003.