STANFORD
UNIVERSITY PRESS
The Miracle of Analogy
or The History of Photography, Part 1
Kaja Silverman 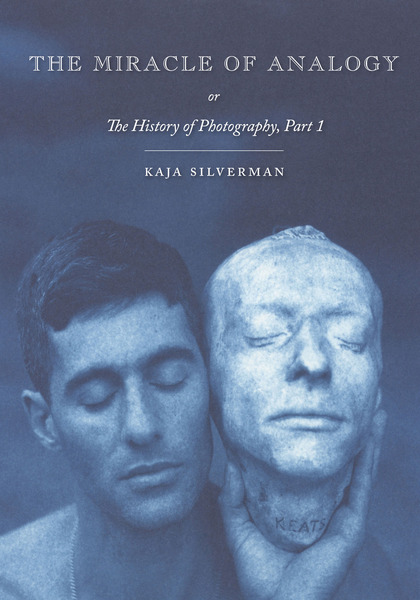 The Miracle of Analogy
or The History of Photography, Part 1
Kaja Silverman

We have grown accustomed to thinking of the camera as an aggressive device: an instrument for shooting, capturing, and representing the world. Since most cameras require an operator, and it is usually a human hand that picks up the apparatus, points it in a particular direction, makes the necessary technical adjustments, and clicks the camera button, we often transfer this power to our look. The standardization of this account of photography marked the beginning of a new chapter in the history of modern metaphysics—the history that began with the cogito, which seeks to establish man as the “relational center” of all that is, and whose “fundamental event” is “the conquest of the world as a picture.”1 It did so by fixing a problem that had emerged in the previous chapter: the problem posed by human perception. In order to replace the sky and earth with his mental representations, Descartes had to “call away all of [his] senses” and “efface even from [his] thoughts all of the images of corporeal things.”2 His camera-wielding successor could picture the world—or so he claimed—without closing his eyes.

When we challenge this account of photography, it is usually by appealing to the medium’s indexicality. Since an analogue photograph is the luminous trace of what was in front of the camera at the moment the photograph was made, we argue, it attests to its referent’s reality, just as a footprint attests to the reality of the foot that formed it. The philosopher from whom the concept of indexicality derives—Charles Sanders Peirce—uses it to describe both signs that are linked to an unfolding situation or event and those that are linked to a prior situation or event. “I see a man with a rolling gait. This is a probable indication that he is a sailor . . . ,” he writes in “What Is a Sign?” “A weathercock indicates the direction of the wind. A sun-dial or a clock indicates the time of day . . . [and] a tremendous thunderbolt indicates that something considerable happened, though we may not know precisely what the event was.”3 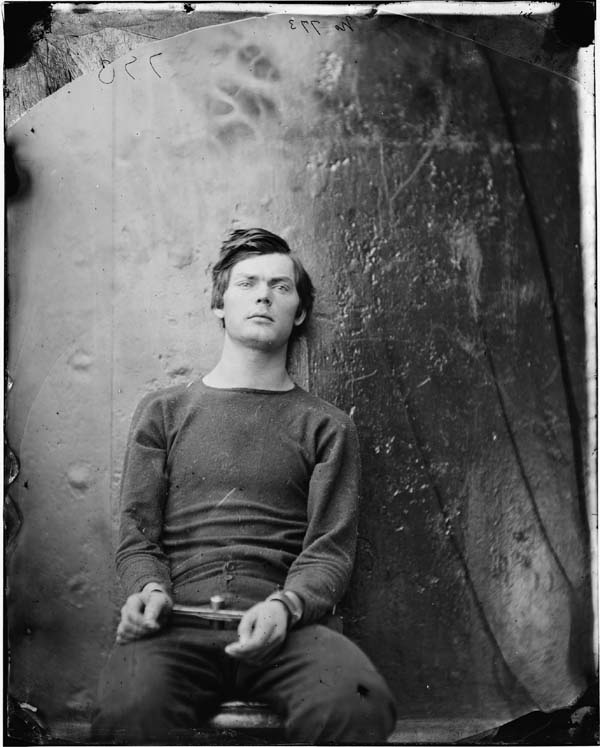 Discussions of photographic indexicality, though, always focus on the past; an analogue photograph is presumed to stand in for an absent referent—one that is no longer there.4 A photograph is “in no way a presence,” Roland Barthes writes in “Rhetoric of the Image,” an influential and widely read essay from the mid-sixties. “Its reality is that of the having-been-there.”5 Although Barthes associates the photographic image more with the future perfect than the past in Camera Lucida, he does not temper the image’s finality. Looking at Alexander Gardner’s 1865 photograph of Thomas Payne, one of four conspirators hung for the attempted assassination of members of Abraham Lincoln’s cabinet, he writes: “I observe with horror an anterior future of which death is the stake. By giving me the absolute past of the pose (aorist), the photograph tells me death in the future . . . I shudder . . . over a catastrophe which has already occurred.” Barthes then extends this bleak claim to all photographs. “Whether or not the subject is already dead,” he concludes, “every photograph is this catastrophe.”6

Many leftist artists and writers have gravitated to this account of the photographic image. For some, like Walter Benjamin and the young Hans Haacke,7 it seems to give photography an evidentiary power—the power to expose what might otherwise escape justice. “It has justly been said that [Atget] photographed [the empty streets of Paris] like scenes of crime,” Benjamin writes in section 7 of “The Work of Art in the Age of Its Technological Reproducibility.” “A crime scene, too, is deserted.”8 Others attribute a memorial value to the photographic image, engaging with its “pastness” in ways more melancholy than accusatory. For Ana Mendieta, who photographed the ephemeral traces left on the landscape by her absent body, and W. G. Sebald and Eduardo Cadava, whose work never fails to move me, an analogue photograph is the umbilical cord connecting us to what we have loved and lost, to what is gone because we failed to save it, or to what might have been, but now will never be.9 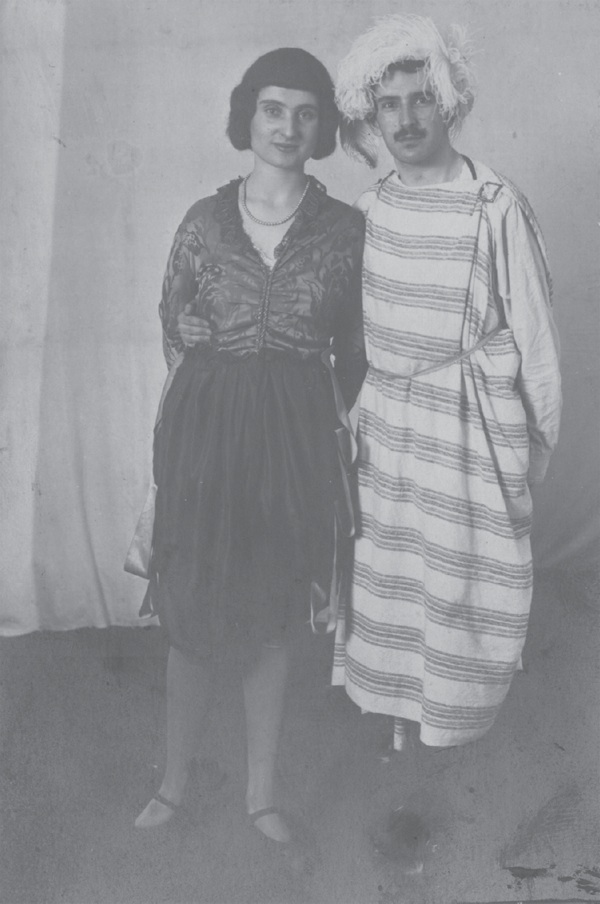 But although there have been pitched battles between those who champion the evidentiary value of the photographic image and those who emphasize its constructedness, the former is only another way of overcoming doubt. If a photograph can prove “what was,” then it is the royal road to certainty—the means through which we know and judge the world. And if what we see when we look at a photographic image is unalterable, then there is only one thing we can do: take “what is dead” or “going to die” into our “arms.”10 Barthes’s mobilization of the future perfect in this and other passages in Camera Lucida renders the future as unchanging as the past. This account of the photographic image consequently both expresses and contributes to the political despair that afflicts so many of us today: our sense that the future is “all used up.”

In 1931, Benjamin wrote an essay about this malaise, which he calls “left-wing melancholy.” It is “the attitude,” he writes, “to which there is no longer, in general, any corresponding political action.” It affects those who are “remote from the process of production.”11 Although Benjamin is merciless in his condemnation of those who have succumbed to left-wing melancholy, he was on the verge of capitulating to it himself. Not only was he an unemployed Jewish intellectual living in a country that he would soon be forced to flee, but he, too, was “remote from the process of production,” since he was a member of the bourgeoisie. 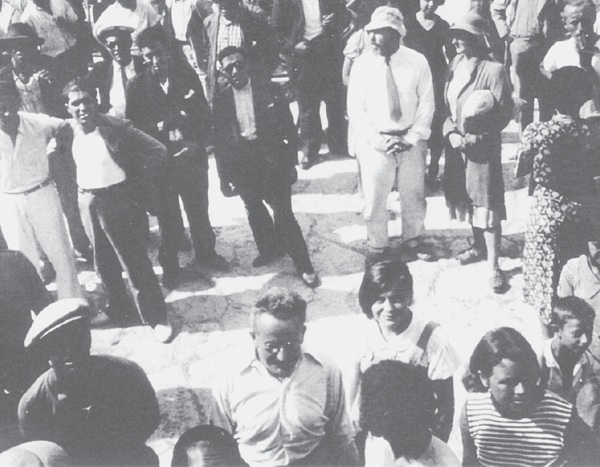 As I show in The Promise of Social Happiness, the companion volume to this book, Benjamin had been searching for years for a way of defining himself as a left-wing intellectual, but he could not get past Marx’s dictum that “revolutionary ideas” can come only from the “revolutionary class,” i.e., the proletariat.12 The events that followed—the fall of the Weimar Republic, Hitler’s rise to power, the implementation of the “Final Solution,” the signing of the Hitler-Stalin Pact, and the increasing Stalinization of the Soviet Union—rendered his personal situation more and more desperate. They also showed that a proletarian revolution does not automatically lead to a classless society, and that communism as Marx defines it is not a reliable bulwark against fascism. Unable to answer the question “What is to be done?” Benjamin had no protection against the “fatalism” he had earlier excoriated, so in 1935 and 193613 he tried to find a “cure”—to imagine an action that would be capable of defeating fascism and fulfilling Marx’s agenda, and to which he himself could also contribute. He turned for this purpose to photography, and the result is an even more melancholic account of the medium.

Since photography is able to replicate a work of art “many times over,” Benjamin argues in “The Work of Art,” it permits everyone to own a copy of something that was previously available only to an elite institution or a privileged individual.14 Photography and film can also “captur[e] assemblies of hundreds of thousands,” allowing multitudes of people to see themselves as a collectivity.15 They thus replace a “unique existence” with a mass existence, and proletarianize our perceptions.16 And this is only the beginning of what these technological images can do for us. With their help, we can “liquidate” the “cultural heritage” from which fascism derives its power, resurrect it in a new form, and renew humanity. We can also seize the “totality of the instruments and forces of production,” and usher in a classless society, whose members will “develop” all of their “capacities.”17

But far from undermining the cult of the fascist leader, industrial photography and film helped to establish it. Hitler descends godlike from the clouds in Leni Riefenstahl’s Triumph of the Will, and National Socialism used film and photography to promote many of its other goals. And in the case of neither National Socialism nor capitalism did exhibition value “drive back” cult value. It was through the ubiquitous display of his photographic image that Hitler assumed cult value, and it is through a similar display that the commodity assumes its otherworldly luster. Finally, instead of helping capitalism to destroy itself, industrial film and photography have prolonged its life. They are the shop windows in which most commodities gleam, and they operate according to the same logic.

1. Martin Heidegger, “The Age of the World Picture,” in The Question Concerning Technology and Other Essays, trans. William Lovitt (New York: Harper and Row, 1977), 128 and 134.

4. This is also the case with Peirce himself.

7. I am thinking particularly here of Haacke’s use of photography in Shapolsky et al. Manhattan Real Estate Holdings, A Real-Time Social System, as of May 1, 1971, a work that documents 142 slum properties owned by a few New York City landlords. Haacke adopts a different relationship to photography in a number of his later works, most notably Oil Painting, Homage to Marcel Broodthaers (1982). (In 1971, the Guggenheim Museum canceled an exhibition of Haacke’s work because it included two pieces that the museum’s director, Thomas Messer, deemed to be offensive. Shapolsky was one of them. This injustice was rectified by the Whitney Museum in 2007–2008, which included Shapolsky in an exhibition of Haacke’s work.)

8. Benjamin also maintains that the “hidden political significance” of photography is its capacity to provide “evidence.” See “The Work of Art in the Age of Its Technological Reproducibility,” in The Selected Writings of Walter Benjamin, vol. 3, 1935–1938, ed. Howard Eiland and Michael W. Jennings (Cambridge: Harvard University Press, 2002), 108.

9. George Baker provides a brilliant discussion of this backward turn in the work of three other important artists—Tacita Dean, Zoe Leonard, and Sharon Lockhart—in “Lateness and Longing,” in 50 Moons of Saturn: T2 Torino Triennale, ed. Daniel Birnbaum (Milan: Skira, 2008), 47–97. This essay provided the nucleus for his forthcoming book, Lateness and Longing: On the Afterlife of Photography (Chicago: University of Chicago Press, 2015).