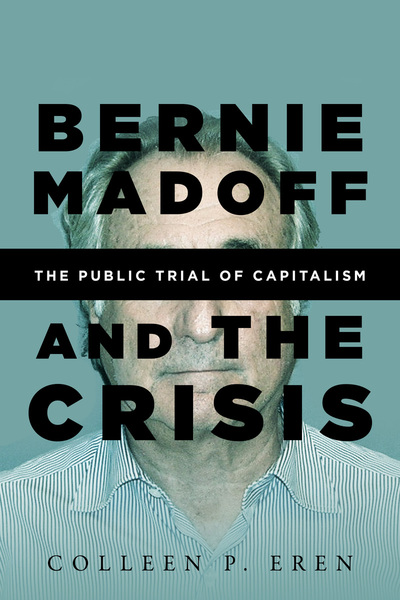 The book begins by placing the Madoff case in its socio-historical context amidst the 2008 crisis in the US and the UK. Causes and consequences of the crisis are briefly described, and how it overlapped in time with the exposure of Madoff's Ponzi. The author demonstrates how extensively in media coverage the case was conflated with the crisis. A main argument of the book is offered here: Madoff became a vehicle through which issues related to crisis could be explored and contested. The chapter also briefly discusses the author's mixed qualitative methodology, involving open-ended interviews and content analysis. It reviews the literature on white collar crime and how this book builds on and extends this literature. Brief summaries of all book chapters are provided.

2 Out of the Business Section, Into the Front Pages
chapter abstract

This chapter discusses the media frames that allowed the Madoff Ponzi to seize international attention. The scam involved a single, comparatively simple crime, one that exemplified the dark side of British and American individualistic ambitions. Surrounding the crime was a family drama of epic proportions. And tens of billions of dollars were at stake: a tale-worthy sum. Additionally, the case involved victims from both celebrity/elite strata as well as the everyman and everywoman. Finally, there was an ethnic/religious dimension to Madoff's affinity scheme that disproportionately affected those in the Jewish community. The author demonstrates that these frames provided a familiar storytelling scaffold that appealed to a wide audience and enabled Madoff's case to become a focal point for discussion of the more difficult, abstract issues related to the financial crisis.

This chapter presents the controversies about government financial regulation that emerged through the Madoff case. We learn through the interwoven narratives of reporters, editors, and diverse media content how the public viewed the role of regulation. It is argued here that the narrative of "SEC failure," or "US regulatory failure" was by far the dominant narrative. Larger, systemic problems in the industry, as well as cultural issues on Wall Street were subjected to less scrutiny. In this chapter, Bernie Madoff's reactions to the SEC controversy and debate about the role of regulation are also presented. He is placed in dialogue, as it were, with the voices of the public as expressed by the reporters and dominant media narratives.

4 It's How You're Rich That Matters: Narratives of the Haves, the Have Nots, and Have Lots
chapter abstract

Chapter 4 addresses narratives about social inequality that emerged through the Madoff case. Class resentment and schadenfraude about the losses of wealthy victims were evident in media coverage. Inequalities in the treatment of "street" offenders versus white collar offenders were also highlighted. The chapter argues that this focused public anger displaced an underlying anger about the financial crisis, an anger that had no other identifiable targets. The author explores the public's loss of faith in the myths of meritocracy and the American Dream, the promise that hard work and innovation were the foundations of fortune. Madoff draws attention to the greed of his wealthy clients, their complicity in his scheme, their awareness, and their culpability.

5 Boil Him in Oil: Cracking Down on Wall Street through Madoff
chapter abstract

The Madoff saga, culminating in the man's imprisonment, seemed to provide public catharsis and closure despite the unaddressed systemic problems. Madoff offers his own thoughts about his punishment versus the apparent immunity of HSBC and international banks for their financial crimes. He reflects on his own sense of guilt and his experiences in prison.

6 The More Things Change, the More They Remain the Same?
chapter abstract

The concluding chapter addresses the longterm impact of the Madoff case on the economy, society, and culture. It argues that the anger about wealth disparities that the Madoff case brought to the forefront helped give rise to the Occupy Movement and the populist surges of the 2016 US election and Brexit. Nevertheless, the foundational capitalist ideology persists, and it continues to reward the excessive risk-taking that leads to Ponzi and other white collar crime, as Madoff testifies. The book exhorts researchers to discover the full import and impact of white collar crime on its victims, and offers suggestions for future research.