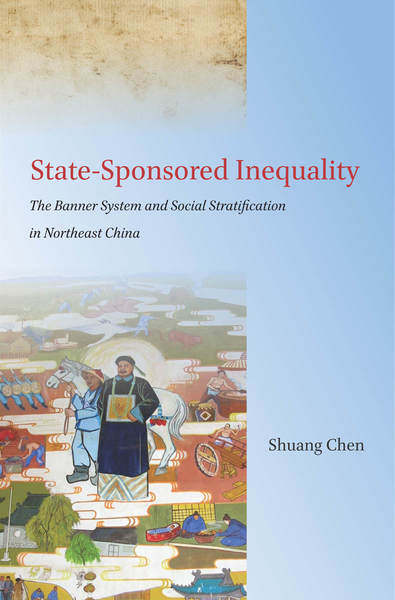 This chapter introduces the methodological and historical background that supports the narrative presented in the rest of the book. The Shuangcheng settlement is a case of state-initiated projects of social engineering by which the state used policies to proactively plan or design social orders. Thus, the case offers an opportunity for exploring the mechanisms through which the state-designated social hierarchy played out on the ground. After introducing the Banner system and the settings of Shuangcheng, the chapter integrates theories in state-building and social stratification to provide a conceptual framework surrounding the question: how a state-dominated system of social formation influences life opportunities. Within the framework, state registration and resource allocation created the structural inequality; customary practices made possible local agency; and the interplay of local agency with the multiple structures – economic conditions, state entitlements, and family demography – eventually constructed and sustained the boundaries between social categories.

By examining the entire process of Shuangcheng settlement—from site selection, residence planning, settler recruitment, to final settlement—this chapter offers one of the first detailed studies of a government planning of a migrant society. While previous studies treat the Qing state as a passive figure in the frontier settlement in Manchuria, this chapter provides evidence of the Qing state's active participation in and capacity for planning and settling a frontier. The chapter highlights one important strategy used by the state: during the settlement stage, the state eliminated existing social organizations among the settlers by scattering households from the same place of origin or same descent group among different villages. This boundary-clearing procedure provided a foundation for the state to build a two-tier hierarchy with metropolitan bannermen at the top and rural bannermen on the bottom.

This chapter examines the ways the state built new boundaries among immigrants. It analyzes the four population categories recorded on state household registers—metropolitan, rural, and floating bannermen, and civilian commoners—as well as the unregistered population. Through land allocation, the state assigned these population categories differentiated entitlements. Each metropolitan banner household received twice as much land as a rural banner household did. Floating bannermen and civilian commoners had no entitlement to land and could only work as tenants and laborers. Moreover, the state purposefully used population registration to manipulate the entitlements of its subject population, as it intentionally left a large size of unregistered population outside of the system. The chapter concludes with an assessment of the distribution of registered land ownership among the four population categories a half century after the initial settlement, showing the enduring inequality created by state land allocation.

This chapter uncovers a forgotten history of local agency in the first thirty years after the initial settlement. In this period, Shuangcheng saw the consolidation of both local administration and society. Although the state built the society from the top down, local government developed in response to localized social processes that marked the early years of settlement. These include local identity construction by different waves of migrants, conflicts between metropolitan and rural bannermen, and private cultivation of unassigned land by immigrants. It was not until 1852 that the central government embedded the local administration into the imperial system. This chapter enriches the understandings of local governance and state-society relations by emphasizing that the different interests of state representatives offered savvy settlers multiple channels to appeal to state authority to pursue their interests.

This chapter sheds light on the social processes at the village level that shaped the social hierarchy in Shuangcheng. The banner villages planned by the state evolved into territorial communities as village temples and communal lands became symbols to hold migrants of various backgrounds together. In the early stage of settlement, government land allocation shaped the village hierarchy in the absence of countervailing institutions. At the same time, village communities gradually played important roles in organizing private land cultivation and land transfer. Through these private activities of land accumulation, a significant number of rural bannermen gained wealth comparable to that of metropolitan bannermen. This situation allowed them to challenge the state-mandated social hierarchy. At the same time, metropolitan bannermen also acted to maintain their elite status in the villages. In this way, village communities created their own hierarchies based on settlers' perception of the state-mandated hierarchy.

By tracing the development of a single metropolitan banner family from the time of initial settlement to the end of the Qing, this chapter asks how the strategies used by individual families to survive and to expand their wealth shaped the social structure of Shuangcheng. It shows that, over time, some capable metropolitan banner households accumulated large amounts of land through private land cultivation and land sales. Moreover, because they lacked the support of a powerful kinship organization, metropolitan banner families acted collectively to negotiate with the state authority for their benefits. By the end of 1870s, wealth accumulation has transformed metropolitan bannermen from a state-defined population category to a powerful and wealthy social group in Shuangcheng society.

By examining changes in land distribution between 1870 and 1906, this chapter explains at the macro-level why the state-mandated social hierarchy endured in Shuangcheng. It shows that, despite the upward and downward wealth mobility at individual household level, the state land allocation policies still effectively maintained a relatively equal land distribution within each of the metropolitan and rural bannermen population category. Thus, land distribution among these entitled bannermen exhibited a pattern of stratification without concentration. This pattern of land distribution sustained a stable landowner class. By presenting one of the first empirical studies of land distribution in early modern China, this chapter shows the resilient nature of the social hierarchy created by state land allocation. It challenges the view that, when the Qing government privatized the state land in Manchuria, the majority of bannermen lost their land ownership to civilian commoners.

By examining a rent-resistance movement in Shuangcheng in the early Republic of China (1912-49), this chapter reveals that the tensions built into the unequal land entitlements in the Qing continued to shape the formation of social and political groups after the collapse of the dynasty. This process took place along with a tide of elite activism following the fall of the Qing in 1911. Seeing the regime change an opportunity to overthrow the legacy of unequal land entitlement, rural bannermen living in 80 of the 120 villages launched a rent-resistance movement. The conflict soon escalated into a political struggle. Using the rhetoric of "citizenship" – a new discourse offered by the Republican regime – to attack the privileges of metropolitan bannermen, these rural bannermen articulate their identity as a distinct social group. This event also marked the completion of the social construction of categorical boundaries in this immigrant society.

This chapter provides an overview of the structural inequality created by the People's Republic of China in the 1950s, especially that produced by the hukou household registration system. It shows that the processes of inequality under the hukou system has many parallels with that in the Qing-dynasty Shuangcheng. In order to develop heavy industry, the state used hukou registration to classify people into urban and rural categories, with urban hukou holders enjoying better economic and political entitlements than rural houkou holders do. This structural inequality not only defined the socioeconomic statuses of people in the socialist period but also produced profound consequences in social inequality in the post-socialist era. These parallels reveal that the stratification system in PRC, which people tend to consider as a socialist extension, has existed in the past. Thus, the Shuangcheng case offers a distinct perspective on how people typically conceive 'modern' phenomena.