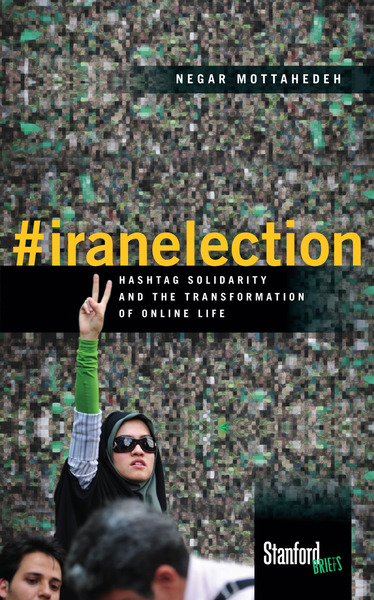 The citizen journalist was born out of the glitchy screens of mainstream reporting. On Twitter, the hashtag #CNNfail represented one of these glitches. When netizens tweeted the hashtag #cnnfail alongside the hashtag #iranelection in the first days of the uprising in Iran in 2009, it was to emphasize CNN's failure to report a collective act of dissent, in favor of corporate bankruptcy news in the US. Iran was jamming foreign satellite broadcasts along the length of the satellite's footprint. State television too was co-opted into covering up the people's uprising and was broadcasting programming that would lull the citizenry. This called for a response by those who were witnessing the unfolding events. From amidst the masses in the boulevards and squares of the Iranian cityscapes Iranians uploaded videos and images to Twitter, Facebook and YouTube. This moment marked the birth of the citizen journalist. The hashtag became its slogan.

In tracing the campaigns of the Iranian election uprising, this chapter recalls how bodies and social media handles effectively became memes, viral transmitters of sensory experiences and actions that in their simultaneous expression around a long trending hashtag, fundamentally changed the function and purpose of online media platforms as they transformed the spaces they moved through. The Iranian post-election crisis was in many ways a citation of the Iranian revolution and an attempt to reverse its losses. The chapter thus also chronicles the related history of the 1978 Iranian Revolution and traces the technologies and slogans that were used during its course. The chapter argues that the digital Web 2.0 technology in the Iranian election crisis memed the ways that technology was used in the Iranian Revolution, tethered this time, to horizontal networks of many-to-many transmission that awakened the world to the possibilities of collective action online.

The Iranian crisis of 2009 "memed" the content and operations of other uprisings in modern Iranian history: the demonstrations for the nationalization of oil in 1951, the marches against the CIA coup in1953, and the Iranian Revolution of 1978. Focusing on the role of women and the visual representation of women bodies at the forefront of these uprisings, the chapter discusses the gains and losses of the Iranian women's movement following its participations in the Iranian Revolution of 1978. Studying the role of the camera lens and its logics in relation to the representation of women in revolt, the chapter suggests that the solidarities configured by the lens and framing of the digital camera in the context of contemporary networked protests are transmitters of a global solidarity formed on the networks of the web and symptomatic of a melancholic failure to reclaim the fundamental loss of human solidarity under capitalism.