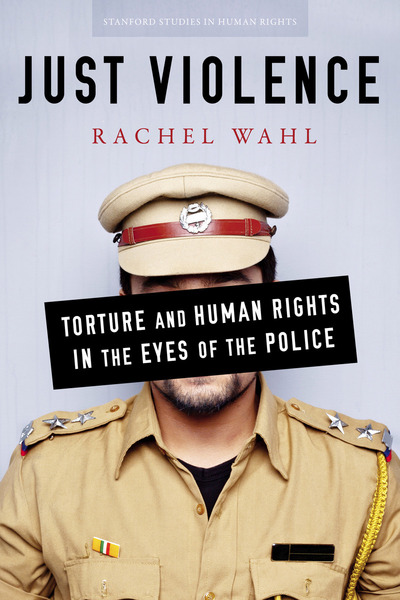 In her multilayered, provocative, and deeply reasoned study of perceptions of human rights practices among police officers in contemporary India, Rachel Wahl forces us to consider “human rights from the other side.” In leading us into her interlocutors’ morally complex worldviews and then in showing us how and why these worldviews are as much a part of the “culture of human rights” as the more immediately recognizable forms of human rights advocacy and education, Wahl brings us right up against the lines that separate understanding from resignation, ethical creativity from sheer corruption, and cultural context from the impossibility of translocal normative action. In the process, her ethnographic and critical research demonstrates the ways in which the most basic of moral questions—What do my beliefs demand of me? Is justice compatible with certain kinds of practical compromises? Must I act on behalf of something bigger than myself to be a good person? Am I prepared to use violence to defend my beliefs?—shape and even define the micro-normative vernacularizations of human rights well beyond the shining light of naming and shaming, country reports to national and international monitoring bodies, and the “justice cascades” that flow from human rights prosecutions.

Wahl’s book provides yet more compelling evidence for precisely why scholarship that combines ethnographic accounts of human rights practices with bold theorizing about what these practices have to teach us form a kind of urgent rejoinder to the recent lamentations over human rights having entered their historic “endtimes” on the one hand, and, on the other, those enduringly seductive critiques of human rights that traffic in the simplifying (and often ideological) rhetorics of postcolonial resistance. In the course of Wahl’s analysis, the master narratives of “Global North,” “Global South,” “postcolony,” “the West,” and many others wither on the vine of abstraction as the practice of human rights from the perspective of intimate levels of moral accommodation and personal struggle reveals interpretation, negotiation, and reframing that defy comfortable categorical slotting.

Wahl began her research on human rights education and police tactics in India with an apparent paradox: Why would individual police officers admit to torturing suspects when they both knew that such treatment violated human rights and they had nothing to gain by making such admissions? Yet understanding why this paradox was apparent is the key to understanding why the implications of Wahl’s study are so far reaching. As other ethnographers of human rights have shown, the experience of human rights training, appropriation, and performance is largely intransitive. Although the possibility of purposive and collective action based on human rights is always kept in the distance, in fact, the most immediate effects take place at the level of moral identity. As scholars have demonstrated, people encounter the strong message of human rights as a call to think of themselves as different kinds of moral actors.

But when this shifting and unstable moral consciousness eventually comes to shape action, not through the grand gestures of social change or in historic struggles for justice, but through the minute, everyday ethical decisions whose consequences are ultimately limited, even banal, the results appear confounding only when read against the foundational metaphors of human rights. Yet when seen as the result of new moral thinking put to use in a world marked by Taylorian “cross-purposes” (and here is where the paradox disappears), one comes to understand how the torture of suspects can be seen by police officers as a legitimate—even necessary—connection in a moral and cultural chain on which human rights, compassion, duty to community, and the wisdom of sacrifice (kuch paane ke liye kuch khona parta hai) are also links.

Like all education, human rights education is not a technical blueprint, in which moral choice A requires moral action A1. Instead, as Wahl’s study shows us, the practice of human rights takes place in terms of what she calls the “plasticity of moral vocabularies.” This is not, however, a model of analysis that leads to the relativistic justification of violence in the name of cultural authenticity. Rather, in Wahl’s deft rendering, we come to appreciate the fact that empathetic understanding, grounded in the methodologies of close observation and thick description, is a precondition for lasting change in a world in which there “can be no perfect way to advocate for equality, liberty, and protection from harm.”