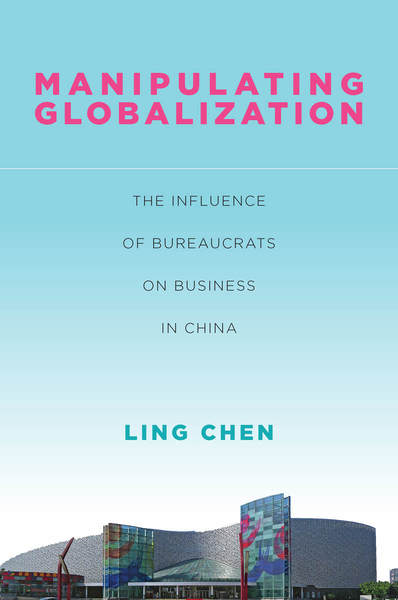 This chapter introduces background on emergence of national campaigns to cultivate domestic competitiveness in contrast to China's previous role as the "world's workshop." It reveals the divergent ways in which localities responded to and carried out policies. The chapter accounts for such variation by breaking down the assumption of a coherent and single-level state that is inherent in the state-centric approach, while at the same time disaggregating the influence of foreign capital assumed by the FDI-driven perspective. By examining the interaction of foreign capital and local states, the chapter discusses how globalization influences the rise of investment-seeking states, the bureaucratic coalitions in city policy making, the effectiveness of policies for local firms, and the varieties of local capitalism. It also discusses the logic of the research design, the major sites of field work, and the sources of qualitative and quantitative data that the book draws on.

This chapter examines the rise of the FDI-attraction paradigm at the national level and the emergence of local investment-seeking states in the 1990s. It explores in detail the varied strategies that city governments employed to attract foreign investors to launch the campaign of FDI attraction, ranging from tax cuts and land and utility discounts to industrial zone establishments. At one end of the strategic continuum are local governments that prioritized large, leading multinationals that have been playing the role of the "dragon's head" at the top of the global value chain, whereas, on the other end are cities where bureaucrats brokered deals with small-scale foreign firms established by "guerilla investors" at the bottom of the value chain through flexible arrangements.

This chapter traces the relative decline of the previous FDI attraction paradigm and the emerging paradigm of domestic technology competitiveness, drawing on government documents, media text analysis, and interviews. The chapter then introduces the actors, arguments, and the matrix of supporting institutions and policy tools underpinning the two policy paradigms. It draws attention to the coexistence of the two paradigms at the local level, where policies and institutions of FDI attraction profoundly affect the government's response to domestic upgrading and their choice of development strategies.

This chapter delves into the coalitional politics of policy making and resource allocation by investigating strategies of city government officials. The chapter examines the patterns of bureaucratic competition between international commerce departments and newly emerged domestic technology departments and their respective business clients, including foreign and domestic firms. I explain the influence of FDI attraction on domestic politics by showing (1) how the overlap between FIEs and exporters shaped the degree of perceived threat and the cohesiveness of the vested interests in international commerce under the rule of fragmented bureaucratic competition and (2) how the existence of large foreign firms strengthened the bargaining power of the vested interest bureaucrats against allocating resources to the domestic technology coalition. The direction and the magnitude of foreign influence, therefore, is filtered and channeled through local bureaucracy.

5 The Microfoundations of State Intervention and Policy Effectiveness
chapter abstract

This chapter traces the historical roots of local variation by chronologically and cross-sectionally placing China in a comparative historical perspective. It compares varieties of local capitalism in China across four periods: the late Qing and early Republican period, the Mao era, the post-Mao period, and the globalized era. It explores how the historically entrenched top-down and bottom-up modes of capitalism have conditioned local government preferences, as well as their reaction to centrally driven development initiatives, leading them to attract foreign firms in the globalized era. The narrowly selective development strategies based on top-down capitalism were more effective in the industrial transformation during the preglobalized era before the 1990s. The influx of FDI since then, however, has unleashed new complexity so that cultivating bottom-up, broadly supportive networks with small firms was more likely to provide an institutional environment for the competitiveness of domestic private businesses.

This chapter summarizes the findings of the book. It draws attention to how global production fragmented or integrated state agencies and businesses, shaped the ways they perceived their interests, and ultimately affected the local political environments for domestic private firms. Compared with other approaches, the theory advanced in this book takes the incentives of local state agencies seriously. It shows that in an authoritarian country where businesses do not have a direct role in policy making, the local bureaucrats, by pursuing their own political and economic interests, can influence the political and economic environment of production. The chapter then broadens out to map major Asian economies in Northeast and Southeast Asia in a comparative picture.