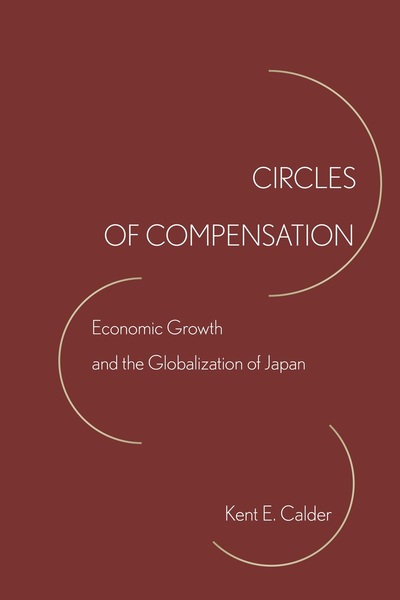 Newly industrializing nations have faced a critical twofold imperative over the past century in their persistent efforts to catch global leaders: a challenge whose dimensions and resolution have been obscured in the arbitrary divisions of social science. On the one hand, they have faced the imperative of economic development through the use of state power.1 On the other hand, they have faced the challenge of maintaining order in changing societies, so as to allow state-driven economic transformation to smoothly proceed.2

Since the late 1940s, these twin domestic imperatives of late development have been further complicated by the international context. The Cold War made domestic stability in developing nations increasingly important to superpowers like the United States, and provoked rival camps to compete in shaping local political-economic configurations. From the 1970s on, the politics of stable development also became interactive with international finance, as globalization began to link economies more tightly, and to magnify the international significance of domestic developments in any one country. The turbulence of the Mexican (1994–1995) and Asian financial crisis years (1997–1998) made these new realities starkly clear.3 Increasingly, domestic transitions in the developing world came to take on a two-level character, interacting with both domestic and international politics, even as they also assumed simultaneous political and economic dimensions.

For more than two decades, political-economic transitions in the developing world have been underexamined empirically, and also undertheorized, due both to the complex interdisciplinary character of these late-development responses and the post–Cold War backlash against conservative Vietnam-era political-development studies. Academics, to be sure, have explored how development strategies are formulated, and how state capacity affects the implementation of those strategies.4 Yet little attention has been given to how conflicts are neutralized, and political stability maintained in developing societies, at least those outside the Middle East. To the extent that sociopolitical conflict has been studied, priority has been given to understanding ethnic conflict. And even there, the persistent emphasis has been on causality rather than on modes of resolution.5

The Need for Two-Level Analysis

Particularly conspicuous has been the lack of both empirical research and theorizing regarding the concrete links between systemic changes in the global political economy and the domestic politics of individual nations. Analysts speak abstractly of two-level games.6 Yet there remain all too few concrete studies of how transnational trade, as well as financial and intellectual flows, affect political-economic behavior at the national and subnational levels.

This paucity of two-level research is especially striking in view of the sweeping changes that have occurred in the global political economy since the mid-1970s.7 With the coming of widespread jet travel, liberalized border procedures, and finally the Internet, transport and communications have changed enormously. Cross-border trade and financial transactions have grown explosively in their wake.

Just as paradoxical has been the recent failure of both academic and policy analysis to explore the continuing relevance of Japanese experience to late-developing nations, and to global affairs generally. Japan was, after all, the first non-Western industrial modernizer, whose dramatic economic and military successes evoked global interest and concern throughout the first three-quarters of the twentieth century. Japan’s developmental experience attracted Sun Yat-sen, Zhou Enlai, Subhas Chandra Bose, and other Asian nationalists seeking a non-Western paradigm for their home country’s future. Yet it also intrigued Western policy makers such as John Foster Dulles, seeking a non-Communist developmental alternative to China across the tense and bitter Cold War years.

American academics at the Mount Fuji conferences of that period pondered in detail the Japanese developmental model and its significance for the developing nations.8 But few do so today. To the extent that the Japanese model is examined at all, it is considered almost exclusively for its relevance to the problems of the Group of 7 (G7) industrialized nations, or those of the Organisation for Economic Co-operation and Development (OECD). Yet the puzzles of Japan’s past and present have clear relevance for all the world.

Nowhere does Japan present a more arresting puzzle than in its response to the socioeconomic globalization that has become pervasive in world affairs since the mid-1970s.9 Japan has grown interdependent with the broader world in trade, finance, and technical-information flows. There are sharp differences, however, in inbound as opposed to outbound patterns, and a notable bias against in-depth dealings with frontier markets. Japan also retains distinctive domestic decision-making and information-processing institutions, which skew political-economic outcomes in counterintuitive ways that need to be better understood.

Japan’s international trade and investment patterns illustrate the paradoxical profile of that country’s economic globalization. Japan was the fourth largest exporter and importer in the world during 2015—a pattern roughly paralleling its standing as the third largest economy on earth in terms of nominal gross domestic product (GDP).10 Fifty-seven percent of Japan’s exports went to Japan’s own Asian region—more diversified than Korea’s 61.0 percent, but less than China’s 43.0 percent. Conversely, only 3.6 percent of Japan’s exports went to the globally distant African and South American continents, versus 5.7 percent for Korea and 8.4 percent for China.11 So Japan was marginally less global in its trade than either Korea or China.

Japan is the world’s fourth largest outbound international investor, with $113.6 billion in foreign direct investment (FDI) outflows in 2014.12 That was a sharp increase of 102.0 percent over 2010—nearly four times the outflow from Korea, and slightly less than the flow from China.13 Yet outbound FDI in the frontier African market was less than 1.0 percent of Japan’s total, compared to 4.0 percent for China.14 And FDI inflow into Japan in 2014 was only $2.1 billion—less than one-quarter of the flow into neighboring Korea, and less than one-sixtieth of the flow into China.15 Japan’s intake was only one-quarter of the GDP-proportional FDI flow into the United States.16 Further, the inbound FDI total for Japan had declined more than 80.0 percent from the already minimal FDI inflows of 2009.17

The paradoxical profile of Japan’s globalization extends beyond the economic, to the sociopolitical sphere as well. Japan has, for example, paid consistent homage to abstract symbols of globalism, like the United Nations. Some of its creative artists, such as orchestra conductor Seiji Ozawa, are world renowned, and Japanese architects, like Kenzō Tange have exceptional global prominence. Japan has also nurtured a few entrepreneurs, including Hiroshi Mikitani and Masayoshi Son, who engage creatively and dynamically with the broader world. In some sectors, such as automobiles and general trading, Japanese firms have developed formidably sophisticated approaches to international markets.

A more common pattern in many sectors, however, is a parochialism, defensiveness, and hesitancy in engaging with global markets and ideas. That parochialism is subtly obscured from Japanese public consciousness by the linguistic reality that “globalization” has no widely accepted translation in the Japanese language itself, apart from a vague “internationalization.”18 The parochialism underlying that linguistic ambiguity grew stronger over the first three decades of the recent era of globalization (roughly 1975–2005), even as the broader pace of international political-economic change accelerated worldwide.

Precisely when Japan needed to become more innovative and proactive, it grew more reactive, conventional, defensive, and risk averse, with little domestic objection to these tendencies. This evolution has had a devastating impact on Japan’s economic and sociopolitical relations with the broader world, but is difficult to explain in terms of conventional categories—“state strategy” or “national identity,” in particular. The mystery of Japan’s hesitant and contradictory domestic response to the sweeping global changes since the 1970s deserves serious examination, which we intend to provide, in the context of a more comprehensive study of incentive structures and organizational behavior.

8. This series of six scholarly conferences, convened at Hakone, in the shadow of Mount Fuji, beginning in late August 1960, brought together academics from major Japanese and American universities to discuss the concept of modernization and its applications in Japan. For a description, see Sebastian Conrad, “‘The Colonial Ties Are Liquidated’: Modernization Theory, Post-War Japan and the Global Cold War,” Past and Present, no. 216 (August 2012): 181–214. doi:10.1093/pastj/gts007.

9. By “globalization” we mean the process of transregional international integration arising from the interchange of products, ideas, and other aspects of culture. Advances in transportation and telecommunications infrastructure, including development of the Internet, are major factors in globalization, generating further interdependence of economic and cultural activities.

11. For trade patterns of Japan, Korea, and China in 2014, see A. J. G. Simoes and C. A. Hidalgo, The Economic Complexity Observatory: An Analytical Tool for Understanding the Dynamics of Economic Development (Workshops at the Twenty-Fifth AAAI Conference on Artificial Intelligence, 2011).

18. The notion of deepened interdependence with the world is typically expressed as kokusaika (“internationalization”), or occasionally gurōbaruka (transliteration of the English expression), and there is no clear analytical distinction between deepened ties with neighboring countries and recognition of a broader, integrated new global reality.