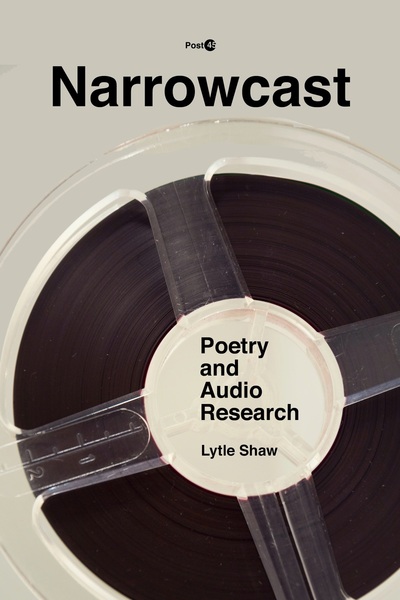 The FBI’s Poetics of Immediacy in the 1960s

To think of you alone

Suffering the poem of these states!

In 1965 Bob Dylan gave Allen Ginsberg six hundred dollars to buy what was at that time an exotic technological device: a state-of-the-art portable Uher tape recorder, which Ginsberg then used on his December 1965 through March 1966 trip from San Francisco to Los Angeles, Wichita, Kansas City, St. Louis, Bloomington, and Bayonne, writing the poems that would make up the first part of The Fall of America: Poems of These States, 1965–1971 (1972).1 Driven by Peter Orlovsky through a range of shifting American environments in his white Volkswagen camper, Ginsberg could capture his own voice, and make almost instantaneous notations, without having to scrawl in a notebook or type on a typewriter.2 Dylan’s gift seemed to buy Ginsberg a new form of immediacy on the road. And the effect of this tape recorder’s entrance into Ginsberg’s practice is what nominates this event as my point of departure for this chapter: it is an early moment in which the technologies of popular music inform and literally restructure the writing of poetry.3 Over the course of the 1960s, the construction of the rock star and the social possibilities of the rock concert would continue to affect poetry, with Ginsberg himself, who would hire his own booking manager at the end of 1966, becoming the prime example of a crossover performer.4 My interest, however, is not merely in the cultural space sometimes shared between these disciplines but also in the ways that poets made use of the technological underpinnings of rock music. In Ginsberg’s case, for instance, portable tape recording helped him revisit critically the Beat romance of the road. Dean Moriarty had, in Kerouac’s On the Road, exhorted his friends in the car at the beginning of one of their cross-country trips to “admit that everything is fine and there’s no need in the world to worry” while he drummed “on the dashboard till a great sag developed in it.”5 For Ginsberg a decade later, however, the rhythmic pulse of the car radio is no longer an incantatory magnet that pulls one through a secret America of infinite potentiality. Now the unconscious actions generated by the radio (support for the war in Vietnam, consumerism, participation in fake emotions) are exactly what Ginsberg has gone on the road to inventory, literally record with his new reel-to-reel, and bring into the open in order to generate effective resistance to them. The “heavenly echo of Dylan’s despair” might provide an occasional break. But even this was a “mass machine-made folksong” within a largely martial radio space where Barry Sadler’s “Ballad of the Green Beret” was then the most popular song in the country.6

Dashboard pounding was now a matter of frustration, not timekeeping, since nothing was fine and there was very much a need to worry. So The Fall of America offers itself as a real-time document of Ginsberg’s resistance to radio’s false allure, the disillusioned poet rolling in his camper through one heartland city after another, each displaying new symptoms of a United States whose malignant effects were stretching across the globe, especially to Vietnam.7 Floating in his shifting micro-media bubble, the mobile bard enlists his Uher reel-to-reel to register spontaneous countermedia poems as the nation off-gases toxic media around him.

To this perhaps somewhat familiar construal of the counterculture interpreting and critically engaging the dominant culture, let me add another less familiar element. As Ginsberg transformed himself from a beatnik poet of alienation to an activist poet of the New Left, as he shifted the emphasis of his writing’s imagined context from the tortured bohemian interior to the torturing anti-bohemian state, and went about tracking that state’s implications internationally, the state—with its CIA scholars and FBI researchers—in turn became curious about Ginsberg. Enter the other massively significant new role for tape recording. Like Amiri Baraka, William S. Burroughs, Ed Sanders, his Yippie friends Abbie Hoffman and Jerry Rubin, and many other writers associated with New Left, Allen Ginsberg was an object of extensive textual and audio surveillance. The FBI developed enormous numbers of detailed files on these poets and activists, files that suggest a perhaps surprising level of cultural knowledge and interpretive skill, including a close familiarity with canonical texts in the history of literary criticism.8 In what follows I want to take the state’s readers and listeners seriously, drawing out the implications of their work, situating it in relation to professional discourses of literature and history and to the poetics of research more generally. While we will be forced to navigate important gaps in the record (for the most part we cannot, for instance, listen to the Bureau or the Agency listening, since both seem to have considered tape merely a mechanism for the generation of textual records), we can nonetheless learn a perhaps surprising amount about how the state read and listened, including the literary and philosophical precedents called on to frame and justify Bureau and Agency methods. At this point, the real infringements of civil liberties have been well documented. So my goal is not so much to restore, say, eighteen and a half minutes of missing recording to mount a new case against Nixon, the Bureau, or the Agency. Rather, I put parts of the state’s audio surveillance archives, along with their methodological writings, into dialogue with key moments in the tape-based research conducted by avant-garde poets during the Cold War, themselves often objects of state surveillance. Focusing on shared problems of what constitutes persuasive audio evidence and its relation to guiding research hypotheses, on what became often the difficulty of extracting the human voice from its immediate audio ambience, this chapter, like the ones to follow, explores new ways to conceptualize poetry’s oddly central role within the social life of tape recording in the 1960s. In putting Ginsberg’s tape-based inquiry into the American mediascape into dialogue with both FBI and CIA audio research on Ginsberg and others within the counterculture, I hope not merely to draw out the full political spectrum of sonic fieldwork (and thus question claims, like Ginsberg’s, for tape’s inherently liberatory dimensions) but also to suggest how sonic research’s registration of sites and not merely voices, its indiscriminate and nonanthropocentric dimension, presented problems that caused its users to retreat and recoil, to compensate for this excess, which was often perceived as a lack of human control.

But my goal is not the hallowed critical one of revealing a writer’s mystification by documenting the oppressive functions his uncritically accepted device actually performed. Tape may coil in conflicting ethical directions. Such dilemmas often provide the occasion for the middlebrow academic theater of problem worrying, that public hand-wringing whose function, paradoxically, is to keep these same critical hands clean, because distant from the cultural objects that would make difficult demands on them. As troubling as 1960s tape could actually be, my method here—perhaps in the spirit of sound—is immersion, an experimental process of building out from a series of recordings toward the political, cultural, philosophical landscapes they seem variously to organize or encode. This process will involve a discontinuous, often path-changing attempt to describe, contextualize, correlate, and finally theorize tape’s oddly discrepant functions.

1. Allen Ginsberg, The Fall of America: Poems of These States, 1965–1971 (San Francisco: City Lights, 1972). Ginsberg, at the beginning of the tapes, mentions the date as December 17, 1965. We learn from Michael Schumacher’s biography that Ginsberg’s van was paid for by a Guggenheim grant and that he stayed in Los Angeles for three weeks. Dharma Lion: A Biography of Allen Ginsberg (New York: St. Martin’s, 1992), 458. Schumacher tells us that Ginsberg had “readings scheduled in Kansas the first week of February, [with] his trip there involving a swing through Arizona, New Mexico, and Texas. . . . The first night on the road, they camped in the snow in the Arizona desert, and from there it was on to Albuquerque for a brief visit with Robert Creeley, who was now teaching at the nearby University of New Mexico” (459).

2. Barry Miles tells us that Peter Orlovsky drove and that Peter’s brother Julius and Steven Bornstein went along as well. Ginsberg: A Biography (New York: Simon and Schuster, 1989), 381, 383.

4. As Jane Kramer explains, “The manager, whose name was Charles Rothschild, handled Ginsberg’s friend Bob Dylan and a good many other performers. . . . While Ginsberg took care of invitations from college literary magazines and fledgling poetry centers, Rothschild booked him for maximum exposure—at places like the Westbury Music Fair in Long Island, where he split the bill with the Butterfield Blues Band, and at the Santa Monica Auditorium, where he went on with the Fugs.” Allen Ginsberg in America (New York: Vintage, 1970), 96–97.

7. Though “Wichita Vortex Sutra” is the best known of these poems, it comes in a series of poems that use the city name, the concreteness of place, as a way to anchor instances, locations for the production of Americanness, while at the same time connecting this system to its effects beyond the space of the nation. For an account of this poem in relation to Robert Smithson’s concepts of site and nonsite, see Lytle Shaw, Fieldworks: From Place to Site in Postwar Poetics (Tuscaloosa: University of Alabama Press, 2013), 121–22.

8. The paper component alone of Ginsberg’s stretches over “three-feet high,” the poet himself stated proudly at one point. Herbert Mitgang, Dangerous Dossiers: Exposing the Secret War against America’s Greatest Authors (New York: Donald Fine, 1988), 266. That paper stack now sits with the other Ginsberg papers at Stanford University (though a few sections are reproduced in Fales Special Collection in Bobst Library at New York University). Via the Allen Ginsberg Project, and because of the FBI’s new website, it is possible to read much of Ginsberg’s file online.