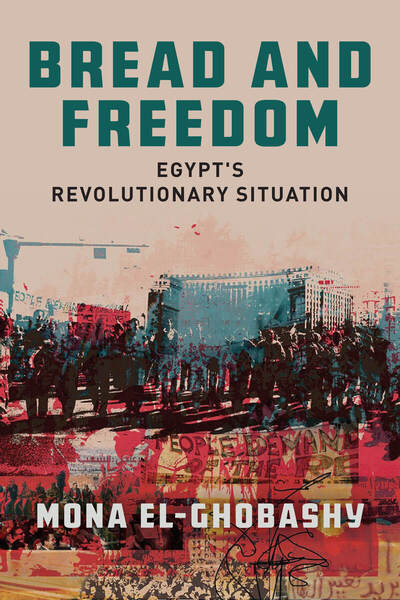 The demon of origins has been, perhaps, only the incarnation of that other satanic enemy of true history: the mania for making judgments.

THE 2011 UPRISING WAS THE BIGGEST ACCIDENT IN EGYPTIAN political history, anticipated neither by its champions nor its adversaries. Every step during the Eighteen Days was marked by uncertainty. If on the evening of January 24, some imaginative soul had suggested that in four days’ time, masses of people would vanquish the police and army tanks would roll onto streets, he would have been dismissed as a dreamer. If on February 2, an observer believed that the Battle of the Camel would eventually be won by the unarmed demonstrators, his judgment would have been impugned, and impugned again if he had forecast that on February 6, the return to a precarious normalcy would also bring the resumption of labor strikes. The uprising began as a familiar protest action within an established repertoire of opposition politics, then developed into something much bigger, not in the manner of a growing snowball hurtling down a slope but as an assortment of local incidents, miscalculations, extraordinary cooperation, escalation, and the sheer unpredictable logic of social interaction.

Knowing how things turned out makes us flatten and forget the many contingencies making up grand happenings. What if the Sidi Bouzid community protest a day after Mohamed Bouazizi’s self-immolation had remained a hyperlocal Tunisian disturbance? What if January 25 had not been a public holiday that freed up citizens for political demonstration? What if Suez police had not killed three demonstrators on that day, breaking from the violent but nonlethal pattern of protest policing that had developed under Mubarak? What if civil servants had stayed at their desks and industrial workers at their machines, ignoring the Tahrir opposition movement as irrelevant to their concerns?

By the standards of statistical probability and expert analysis, the uprising was not simply contingent but highly improbable. Analysts have found that undemocratic regimes collapse more often through elite intrigue and palace coups than popular uprisings.1 Before 2011, one scholar of Egypt considered that mass mobilization was the least likely scenario for regime change.2 The revolt also departs from historical precedent. Egypt’s nationwide anticolonial rising in spring 1919 had strikingly similar features to 2011—mass marches in Cairo and provincial capitals, use of lethal force by British-controlled police, torching of government buildings, a crippling strike by civil servants, and rousing nightly gatherings in al-Azhar mosque, the era’s Tahrir Square.3 But the early twentieth century movement pursued a comparatively modest goal: protesting Britain’s deportation of Egyptian politicians seeking an audience at the Paris Peace Conference to negotiate Egyptian independence. In 2011, the demand was nothing less than upending the system of rule. “People should not be afraid of their governments, governments should be afraid of their people,” read the English-language graffiti on an incinerated police-truck-turned-dumpster in Tahrir Square (fig. 2).

My central purpose in this book is to show how the unexpected uprising opened up several possibilities for how Egypt would be governed. It destroyed Hosni Mubarak’s dynastic ambition to transfer power to his son, clearing other untrodden paths. Most observers expected a fledgling multiparty democracy with a lively civil society and culture of street demonstrations, essentially an unfettered version of Egypt’s contentious politics that had developed during Mubarak’s three-decade rule. Unknown was the precise constitutional form this would take; parliamentarism and a mixed regime had their impassioned advocates, and virtually everyone valorized the judiciary and supported granting it more independence. The corollary unknown was the position of the military high command that had responded to the growing Tahrir protest by edging out Mubarak on February 11. The Supreme Council of the Armed Forces (SCAF) declared themselves dictators, in the Roman sense of a temporary executive, and pledged to organize free elections and hand over power to elected civilians within six months.

Few seriously expected the generals to gallantly step aside and hand power to civilians without rigorous guarantees, but even fewer believed that the military wanted to or would be able to rule directly. Between these limits lay several possibilities for a civilian-military settlement, some form of a tutelary democracy. It could have been a constitutional veto role for the generals, on the model of Turkey before 2002; a presidential regime with a dual executive, one a transient civilian politician and the other a conclave of generals; a parliamentary regime with rigorous military reserved points, placing entire policy areas and public offices under exclusive jurisdiction of the armed forces. Three years after Mubarak’s ouster, in February 2014, Egypt had gone through a sixteen-month period of interim military rule; one crisis-filled year under a civilian president; then a popularly supported military coup where the leading general was about to become president in plebiscitary elections. By 2019, the same general had built a personalized dictatorship, a counterrevolutionary regime dedicated to the erasure of practices of revolution using the state’s ample resources of force, myth, and law.

How did this happen? The events constituting this juncture are so interlocking and multivalent that the overwhelming impulse is to evade them as noisy details and embark on a quest to uncover “what went wrong.” Works in various genres repeatedly invoke “tragedy” as the lens to make sense of the Arab uprisings as a whole, the staggering state violence, population displacements, impoverishment, and regional realignments that continue to unfold ten years after the Tunisian revolt that started it all.4 Of Egypt in particular, as soon as the 2013 coup occurred, perspectives shifted and the regime changes of 2011 to 2013 were forgotten, replaced by a determinist argument that the military was plotting to rule all along and merely engaged in strategic deception until their swift strike. Some lamented the pitifully divided state of the civilian opposition as the enabling condition for military intervention.5 My study starts from a different premise: many-sided complexes such as uprisings are irreducible to the actions of single or even a handful of collective actors. Egypt’s uprising is not well characterized as an epic misfortune, failed revolution, dysfunctional democratic transition, or master class in military planning. Moving away from dramaturgical tropes of hopeful beginnings and calamitous endings, I reexamine the uprising in the largest Arab state as a concrete political phenomenon, an example of what happens when, to paraphrase Vladimir Lenin, rulers and ruled cannot go on as before, but a new political order is by no means assured. I resurrect the forgotten concept of a “revolutionary situation” to illuminate the conflicts that ensue when state authority comes under fierce assault but does not collapse.

1. One study found that out of 303 dictators between 1946 and 2008, only thirty-two were removed by a popular uprising but another thirty stepped down under public pressure to democratize. Milan Svolik, The Politics of Authoritarian Rule (New York: Cambridge University Press, 2012), 4.

3. “It would be a great political stroke if the El-Azhar University could be removed from Cairo to Mecca or Medina,” recommended the Norwegian Consul in Cairo on April 7, 1919. “I am moreover of opinion that such a measure would not be unpopular with the Moslem world as a whole, and it would certainly enhance the prestige of the King of the Hedjaz.” F.O. 407/184 (Further Correspondence Respecting the Affairs of Egypt and the Soudan, January to June 1919).