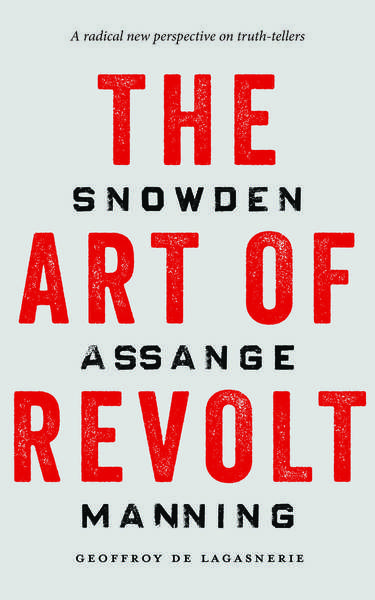 In the American democratic tradition, the formula “We the people” symbolizes the classical conception of political activity. This proclamation, inscribed in the Constitution of the United States, is regularly and ritually taken up by protest movements—most recently, by Occupy.

“We the people,” publicly invoked at an assembly, means asserting oneself as the people in possession of democratic legitimacy. It means putting popular sovereignty into play and laying claim to the right to speak and govern oneself in defiance of arbitrary institutions and negative powers—or even of the government itself, inasmuch as it takes measures that do not meet with the people’s approval. As such, the formula ties political and democratic action to the performative construction of a community qua political community. Wholly in keeping with all theories of the social contract, it involves transforming a given group of individuals who are assembled—whether in a square or as a nation or state—into a political community that represents the site of democratic legitimacy and affirms the right to exercise it.

In this context, it seems to me that one may understand the political subjectivity that may be emerging through the Internet, as well as the technological potential it affords, by examining how a group like Anonymous conceives of the process of community formation to which it is contributing. Each one of the group’s videos or interventions begins with a ritualized formula. Instead of “We the people,” it declares, “Hello citizens of the world, we are Anonymous.”

The interpellation “Hello citizens of the world, we are Anonymous” is intended for everyone. The group that is called on to come together is not fixed in advance by national borders. A priori, it is impossible to know who will take part or see him- or herself in this group. In consequence, politics no longer represents a gesture through which a given, predetermined collective takes form as a political community. This interpellation, of uncertain origin (no one knows who is saying “We the Anonymous”) and uncertain address, aims to produce a new group—that is, to wrest individuals away from established modes of belonging and loyalty and have them join the “we” at hand, so that they will become part of a new kind of community engaging in struggle. In fact, the political entities that stand to be formed will never yield a “we.” They will have no name. They will take the form of a provisional gathering of scattered and plural individuals who choose, at a certain moment in time and for their own reasons, to form an alliance. As such, the denationalization of minds does not culminate in anything like a worldwide commonality. Quite the opposite: it represents a single instance within a process of desubjugation from constrictive identifications, in order to liberate a capacity to imagine—and therefore establish—new communities that are plural, heterogeneous, and ephemeral.

Having the world as one’s mental horizon; forging unprecedented, elective groups; and casting off all imposed belongings by means of politicizing how we stand inscribed in space and in relation to others: such, it may be, are the axes of the art of revolt that is emerging today—the achievement of men and women who define themselves as “citizens of the world.”