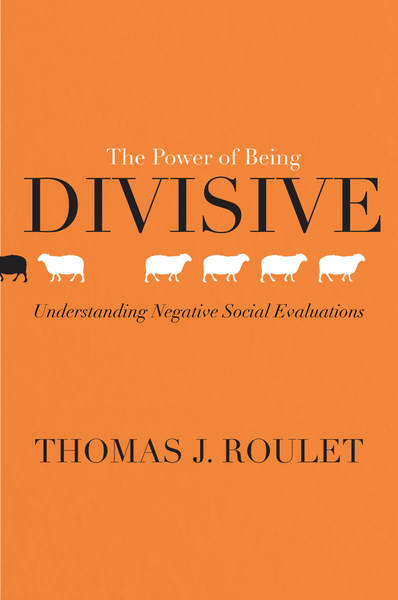 The idea of this book emerged as I discovered myself exploring how negative social evaluations could paradoxically be beneficial. In my PhD dissertation, I started looking at how investment banks and investment bankers could resist public hostility during the financial crisis and even capitalize on it (Roulet 2015b; Roulet 2019a). Those ideas germinated as a growing body of work began to stress the identity, opinion, and impression dynamics triggered by public hostility. Being up against everybody else is an active driver of organizational identity (Tracey and Phillips 2016): in many cases, big firms facing public scrutiny build a robust company culture by making their staff feel like they are in the right and everybody else is wrong. Whether businesses create alignment between their employees’ values or recruit employees who fit with the desired mold (Turban and Greening 1997), it becomes possible to create a corporate culture that is resistant to public hostility. At the individual level, I was fascinated by the way those in negatively perceived occupations such as janitors or exotic dancers could build a positive sense of self (Ashforth and Kreiner 1999; Ashforth et al. 2007), or how stigmatized individuals experienced frustration that could lead them to be better entrepreneurs (Bacq et al. 2018).

However, before exploring those examples in more detail in the following chapters, as in every social science literature, some housekeeping is necessary. The literature on negative social evaluation and in particular on stigma has boomed in the past decade and seems to promise continued growth, considering how well-attended conferences and forums are on this topic. A research query on stigma in Google Scholar yields 128,000 results from 1990 to 2000, 417,000 from 2000 to 2010, and 331,000 from 2010 to 2018. While a number of factors can explain this growth, it seems that growth there is. Negative social evaluations—as an umbrella term including all forms of adverse appraisals of a target by an audience—seem to have emerged more recently. A search on this term yields 156 results from 1990 to 2000, 628 from 2000 to 2010, and 1,640 from 2010 to 2018. We can attribute the increasing use of this term to the need of federating a literature that was being populated by a range of new concepts in the past decade. This phenomenon emerged conjointly with the burgeoning of a broader literature on social evaluations, and the need to also unite the different concepts under the same banner (see Bitektine 2011).

The literature on both social evaluations and negative social evaluations in particular has ranged across the disciplines of sociology (often seen as the birthplace of stigma because of Goffman’s foundational work), psychology (where social stigma has been the subject of thousands of social experiments), management (where we apply it all!), communications (with a focus on the reaction of audiences), and ethics (with a focus on antecedents of negative social evaluations). However, those different disciplines have engaged in a limited dialogue over those concepts. For example, there is still reasonably limited agreement over what exactly are social evaluations, and also what are the boundaries and overlap of the various concepts under this umbrella. How does a bad reputation differ from stigma (Mishina and Devers 2012; Pollock et al., forthcoming)? What does celebrity bring to an organization that reputation does not (Pfarrer, Pollock, and Rindova 2010)? Are legitimacy and illegitimacy two sides of the same coin (Hudson 2008; Roulet 2015b; Helms, Patterson, and Hudson 2019)?

In a conference in the summer of 2018, I happened to sit in a room full of negative social evaluation scholars (sort of my vision of academic paradise!) whose central debate was for each case, whether they were cases of stigma or not. I heard that colleagues in a neighboring room working on the construct of legitimacy had the same sort of disputes. In fact, some make the argument that the multiplicity of existing concepts, measures, and terms in this field have considerably slowed down research on negative social evaluations (for example, Pescosolido and Martin 2015). In this context, I thought the first objective of this book would be to clarify the links between the different concepts and provide a more precise framework regarding boundaries and overlapping characteristics of the various constructs that emerged in the negative social evaluation literature.

After covering basic definitions, and clarifying the links between different concepts and streams of literature, the Introduction will provide the reader with the critical conceptual pillars to understand the framework developed in the book. This framework is aimed at explaining resilience to negative social evaluations—how actors confront and resist them—and how those negative evaluations can have beneficial outcomes—how actors capitalize on them. The role of media as intermediaries and audiences will also be discussed. Finally, the last bit of this Introduction will present the key arguments of the book and the framework that connects those arguments and give them an overarching coherence.