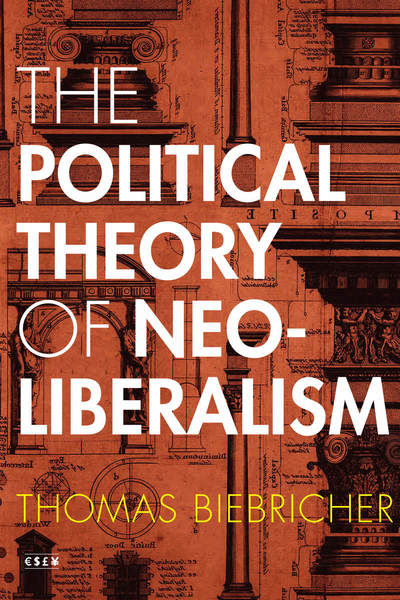 The central claim of this book is that neoliberal thought contains a genuinely political theory or at least elements thereof. Still, does it have a theory of politics as well? This is the question we address in this chapter. I do not examine the neoliberal view of politics(s) in general, because to a certain extent, we already know a lot about this from the various crisis diagnoses discussed in relation to the state, democracy, and science. What interests me more specifically is how these views on politics can be reconciled with a possible politics of neoliberal reform. In other words, how do the neoliberals theorize a politics that would bring about the various solutions and remedies proposed for the ills of the Leviathan state, unlimited democracy and scientism? My overall thesis is that the politics of neoliberalism is probably the weakest link so far in the thought of the neoliberals, as it confronts them with a theoretical dilemma they appear to be unable to resolve. The basic pattern of the dilemma looks like this: The neoliberals paint a rather bleak picture of the status quo, to say the least, in which any number of pathologies related to state, science, and democracy unfold and manifest themselves. But what is worse, and what makes the diagnosis more compelling and the neoliberal warnings more pressing, is the suggestion that the “normal” politics that has supposedly led political communities to the brink of disaster is “locked in” for various reasons. This makes for a powerful critique, but what the overall approach gains from the very bleakness of the diagnosis it loses in regard to theorizing the politics of reform: sketching a plausible political pathway that would lead from A, the abyss of the present, to B or C, a society reformed in the spirit of the various ideals. While there is almost unanimous consensus regarding the “power of ideas”—the crucial long-term importance of developing ideas, discourses, or even utopias that present alternatives to the status quo as an indispensable precondition in order to prevail in the “great struggle of ideas that is under way” (Hayek 2009, 2)1—the possibility of implementing these ideas provides a real challenge for the neoliberals. This general dilemma takes on a variety of forms, ranging from a conspicuous silence on the possibility of reform (and lacunae abound whenever the question is raised) to major inconsistencies on display in the struggle between the neoliberal critic of the monotonous politics of the iron cage of the status quo and the neoliberal reformer, who must ultimately seek theoretical refuge in exceptionalist political strategies and/or an almost eschatological hope for a politics of the extraordinary to account for the possibility of real political change for the neoliberal better.

The Powerlessness of the Ordoliberal Ought

The title of this section alludes to Hegel’s critique of Kant’s moral philosophy, the precepts of which supposedly have such a weak obligating force that they amount to hardly more than exhortations. Rational beings should follow the maxims that accord with the categorical imperative, but if there is no Sittlichkeit, in Hegel’s terminology, to back up the abstract ought of Kantian practical reason, its effects remain extremely limited, at least if we accept Hegel’s argument. Arguably, the reform agenda of Eucken and Röpke is confronted with very similar problems. Remember the far-reaching transformations that Eucken and Röpke envisioned to overcome the dangers and pathologies of an overburdened state in the grip of vested interests. How should these transformations into monolithic and depluralized democracies be brought about? If one consults the passages on how the state ought to be restructured along Euckenian lines in order to become an “ordering potency” (Eucken 1960, 330), there is no recipe to be found for how the state could manage to disentangle itself from the interest groups that hold sway over it. At times, Eucken comes close to conceding that the paradox of overcoming pluralism and establishing the competitive order is irresolvable in his framework of thinking: “Without a competitive order no state capable of action can emerge and, conversely, without a state capable of action no competitive order can emerge” (ibid., 338). It seems, then, that the Euckenian agenda is caught in a paradox where actual transformations of the state already presuppose these very transformations. In this sense, the call for a strong and unified state remains as powerless as Hegel conceived of the Kantian ought. Just as Kant’s rational beings lack any strong motivational resources to follow the precepts of morality, the masses, interest groups, and political parties that populate Eucken’s crisis diagnoses are unlikely to develop any interests or motives to overcome the failing state of pluralism. There remain the men of science, who strictly speaking are defined by the very lack of any interest or particular economic motive and thus are destined to make the case for the objective superiority of the competitive order. It is therefore no surprise that Eucken also lists them as a potential “ordering potency” next to the state and the churches. However, while we have seen that science should provide expert policy advice for decision makers, this remains a desideratum equally as toothless as the call for a more robust state: “Overcoming the biases and prejudices, science must become an ordering potency” (ibid., 346), but it remains a mystery how and why this endeavor should succeed, when Eucken himself admits that it has failed so far.

However, while they are not explicitly mentioned, Eucken’s writings might be implicitly addressed to another set of actors, who also have a prominent role in Hegel’s thought. Who could be better equipped to realize the general interest and take the appropriate advice from scientists solely dedicated to the search for truth than what Hegel termed the “universal class,” the state bureaucracy? Eucken might have rather been thinking of a strong decision maker committed to the common good than an army of administrators when it comes to realizing the competitive order,2 since this was bound to be a matter of power and determination, but the orientation toward the common good and the ability to transcend the particular are the crucial characteristics of the actors needed to implement the Euckenian, and the Röpkean, agenda. What is needed is no less than an enlightened guardian class that will faithfully pursue the technocratic politics of the competitive order, as has been criticized especially from public-choice theorists who are otherwise rather sympathetic to ordoliberal ideas (see Kirchgässner 1988).

Röpke is more explicit in identifying the class of actors who are the appropriate addressees of his reform plans. At times, he simply follows Hegel and argues, “If the authority of the state is to be strengthened it is absolutely necessary that it should be headed by a qualified civil service small in numbers but equipped with the highest standard of professional ethics and a pronounced esprit de corps” (Röpke 1950b, 305); at other times he gestures more vaguely at the need for people “who feel responsibility for the whole” (ibid., 313). The most extensive characterizations are found in his reflections on the nobilitas naturalis, whose members he also describes as “aristocrats of the public spirit” (Röpke 1960, 131). But if Röpke’s account has the advantage over Eucken’s in that it explicitly identifies the actors that could be the transformative agents needed for a proper politics of neoliberal reform, it has the profound disadvantage of excelling in the proof of the utter improbability of such actors ever coming to exist or persist. Röpke calls for the “leadership of genuine clercs,” who are nothing less than “secularized saints” (ibid., 130). But where should this rare species come from when the world has descended into collectivist tyranny? “Evidently, many and sometimes difficult conditions must be fulfilled if such a natural aristocracy is to develop. . . . It must grow and mature, and the slowness of its ripening is matched by the swiftness of its possible destruction” (ibid., 131). In other words, as soon as the cast of the ordoliberal reform orchestrations is introduced, they disappear again. It seems as if it would take an almost otherworldly breed of people to realize a neoliberal politics; at least the bar is set high enough to make almost all imaginable empirical actors fall short of the ambitious requirements of a nobilitas naturalis. The nobilitas naturalis thus acquires the status of what is commonly referred to as a deus ex machina, and the religious connotations of this phrase are far from misplaced in the context of the politics of neoliberalism.

2. The choice of an economic system is conceived of as a decision, with slightly Schmittian undertones: “By an ‘economic constitution’ we mean the decision as to the general ordering of the economic life of a community” (Eucken 1951a, 88).