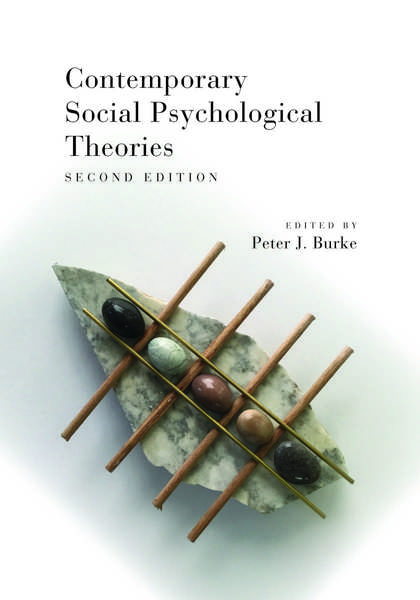 In the introduction to the first edition of this book, I mentioned a list of more than forty different theories that I gave to my graduate students in social psychology to indicate the breadth of the field. In the past ten years since the publication of the first edition, several of those forty theories have had little in the way of continued research and development, while some others have mutated and been renamed and would not be on the list today. Many on that original list, however, continue to represent current work in the field, having further developed over that period of time.

For too long, theory has been tied to particular people like Marx, Weber, Durkheim, Mead, or Parsons. Now we can point to theoretical ideas that are being developed and tested by many investigators, where the focus is on the ideas and not on the people, where change and development of theory is taken for granted, and where the arguments are not confined to what so-and-so really said or meant. And, most important, the ideas in these theories are subject to continuous testing through active programs of research. The theories presented in this volume fit this description of cumulative theoretical programs. The theories are not finished, but are under continuous development, often from initially simple statements, becoming more elaborated and expanded statements with well-developed scopes of application that account for a wide variety of social processes.

What do we mean by cumulative theoretical research traditions? To answer this, let me first say that in general social research can be divided into the different approaches that people take based upon the kinds of questions that they ask. Some research is purely descriptive in that it seeks to identify and describe some social phenomenon or process. For example, studies that describe the process of organizing a social movement or studies that detail the ways in which gender is managed in interaction are descriptive. Such work provides us with a glimpse or view of some phenomenon that we did not know about or can now see from a different point of view. Such work neither relates the phenomenon to other phenomena of interest nor seeks to explain or understand its relationship to other phenomena.

Beyond that is work that explicitly links one social phenomenon to one or more other phenomena. Examples might be studies that link drug use to social class or to family structure by examining the correlation between variables that measure each of these concepts. Such studies, sometimes called variable analyses, go beyond the descriptive studies in that they inform us about the relationships between different processes and concepts. Such studies may be framed in causal language, such as children in single-parent families are more likely to use drugs. However, they do not tell us how such concepts or processes are related.

For that we need to raise a more complicated question that directly asks how it is that, for example, drug use and family structure are related. How is it that status structures emerge in interaction? How is it that identity verification leads to stronger bonds between interaction partners? For questions like this to be answered we need theory. Theories tell us the ways in which such linkages occur. Research that builds and tests theories that answer such questions is the foundation of cumulative theoretical research programs and theory growth today. And, when framed in general terms, such theories not only explain the specific connections that may have led to the theory but can offer explanations of any specific instance representing the general classes of phenomena. Status structures, for example, emerge not only in laboratory task groups but in task groups in educational and organizational settings. The theory provides general principles that can be used to understand a variety of specific social phenomena, and can lead us to ask new questions that could not have been asked before. For example, with the discovery of weak power in exchange networks (see Chapter 8), Network Exchange Theory was extended to consider structural properties of networks that had not been addressed in previous theories (Markovsky et al. 1993).

The first three chapters of this volume cover three of the main perspectives in sociological social psychology. These perspectives have provided the contexts that frame the issues, provide the basic assumptions, and shape the view of human nature. While these general frameworks are not in and of themselves theories, they might be called theoretical frameworks, and they have been especially useful in generating the ideas out of which the cumulative theoretical research traditions described in the remaining chapters have developed. Each of these remaining chapters describes a theory and the cumulative research program that has evolved with the theory. These chapters are written by persons who are intimately tied to the development of the theories described.

Affect control theory and identity theory, for example, both grew out of the ideas about self and identity that were contained in symbolic interactionism. Social exchange theory gave rise to elementary theory, power dependence theory, and affect theory of social exchange and notions of justice in exchange contained in the distributive justice framework. Comparison theory also grows directly out of the distributive justice perspective. Although not explicitly derived from symbolic interactionism, many of the ideas in status characteristics theory and expectation states theory can be seen in the symbolic interaction framework. Status characteristics and expectation states theories also have a special place among the cumulative research traditions as they were the first to develop, and they became a model for other areas to emulate. These theories also gave rise to a set of related theoretical research traditions, including status construction theory and legitimacy theory. Finally, while social identity theory had its beginnings in psychological theories of categorization as applied to self-categorization, it has borrowed from the symbolic interaction framework and can be seen now as closely tied with both affect control theory and identity theory (Owens 2003).

Finally, one new chapter to this edition concerns an area that is gaining increasing examination: the networks within which people interact and exchange. The context for interactions and relationships has increasingly been found to be an important factor for understanding the general principles governing interactions and relationships—and not always in expected ways.

We were saddened by the death of Morris (“Buzz”) Zelditch who passed away shortly after completing his chapter (Chapter 13). His contribution to the profession and to this chapter, however, will live on.