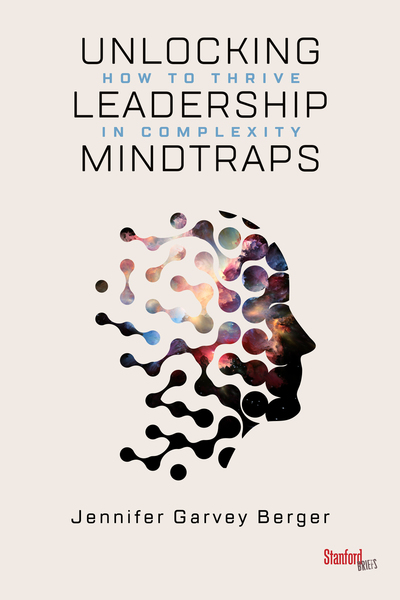 THE FIVE QUIRKS AND HOW THEY BECOME TRAPS

“Holy schmoly, it was a disaster!” Mark said, burying his face in his hands. “All those eyes were staring at me, waiting for the wisdom of the leader, and I totally choked. I can’t show my face out there again for at least a couple of weeks. We’ll have to come up with an excellent excuse for my absence. Maybe you could say I was called away to some impressive humanitarian aid effort? I could be wounded there and come back a hero! Then no one would remember what a screw-up I am.”

“He asked you a tough question for sure,” Leroy said, looking for a place to sit down in Mark’s office amid the piles of papers and books on every surface. He gave up and leaned against the wall. “But I’m not sure your answer was quite bad enough to run away and join the circus.”

Mark glanced up, with his more familiar half grin. “Circus—good thinking, my friend!” but then his face fell. “In the old days, there was no question I couldn’t answer! I was on top of every problem my team worked on. I knew every line of code and I obviously knew everyone’s name. I knew what had happened to each of them last week, and I had about a ninety-five percent accurate forecast about what was going to happen to them next week. Those were the glory days! Now it all moves so fast and we are so matrixed that I can hardly keep track of the reporting lines on the org chart—much less the names and work of each of the people. And questions like the one Rob asked today—”

“It was Simon who asked that question,” Leroy interrupted. “Rob left six weeks ago to start up his own company.”

“Damn!” Mark gave a little howl of distress. “Simon then. I don’t actually understand what his whole unit does. I have no idea why they report to me. There’s no way I can add value to his work or help him solve a problem. I’m the worst leader ever!”

“You think you’re such a bad leader because you can’t help him solve a technical problem?” Leroy asked doubtfully.

“Oh, don’t give me that HR voice, Leroy. I know you don’t think I should be working with my people on technical stuff, but honestly it’s the best way for me to help out. And then I get a team like this and can’t help them at all!”

“I know you love old-school technical leadership, Mark. And I know you love using your expertise to solve really tricky problems, but I just don’t think leadership requires that these days. In fact, I’ve been playing with some ideas about how leaders need to be different these days. They’re counterintuitive but helpful. After this morning, maybe you’d be interested?”

“You’re kidding, Leroy! Have you met me? Have you been to my house? I can’t even do intuitive leadership well—counterintuitive is way beyond my pay grade. Unless your counterintuitive ideas are about How to Time Travel So You Can Get All Your Shit Done, I’m out. I have to work twice as hard to stay on top of all this stuff as I used to—as you can see in my disastrous performance today.”

Leroy laughed. “Man, you are really beating yourself up for this. And this is exactly what I mean. There are ways that our internal wiring tells us to do one thing, when the smart leadership move is to do something totally opposite. Like your desire to master more and more details rather than get out of the detail game altogether.”

“I know these new theories are super interesting to you, my friend, but you’re an HR geek. I’m just a computer programmer who suddenly found himself running a team too big for his brain to handle. I’m barely surviving here. I hardly have time to pick up lunch to scarf down in a meeting. Does this knowledge come in a liquid form?” Mark asked, rifling through a stack of papers on the chair next to him. “Or better, in a pill? I don’t really have time to drink. And anyway,” he said with a groan as he remembered the meeting he had just come out of, “I have that humanitarian aid crisis to deal with, so you won’t see me around here for a while.”

Mark might remind you of yourself, or someone you work with. Leaders today are busier than they’ve ever been, and they are falling behind. It’s not only that the demands on them are so much more time consuming than they used to be (although that seems to be true). It’s that the nature of the challenges has changed in such a way that the tools and approaches of the past simply don’t work.

In the past ten years, I have worked with thousands of leaders around the world on how to lead in complex, uncertain environments. I’ve become fascinated by what gets in our way, and particularly fascinated by one particular phenomenon: those times when our reflexes are exactly wrong. Such times seem to clump together in particular ways and create a perverse and seemingly inescapable trap: our human instincts, shaped for (and craving) a simple world, fundamentally mislead us in a complex, unpredictable world.

You see, our experience isn’t always the helpful compass it once was. In the past, when things were changing more slowly and we were less interconnected, we could rely on our experience to tell us what would probably happen next. If you were an accountant in your town in the 1950s, you’d know that there were a certain number of changes you could expect—shifts in your client list, fiddles with the tax code, the way the economy of your town was reliant on the price of corn or cars or whatever people produced around you. You would know that no matter what happened, people would require your work, even if the particulars varied from year to year. You’d recognize the patterns from what you already knew, and you’d be able to see a narrow set of fairly predictable future possibilities; you’d have a pretty good guess what five years from now would look like. Today there are so many things we deal with on a daily basis that are unpredictable, and there’s no way of telling how these unpredictable pieces will interact.

It’s the interactions of all these unpredictable things that create complexity. The more interconnected we are, and the faster things are changing, the more complex our world is. This shifts formerly straightforward professions into confusing complex ones. Accountants today wonder whether their entire profession is going away, whether they will be 90 percent replaced by computers (and when?), and what business they should bet on next to keep their firms alive. They have no idea what five years from now looks like. Their old leadership tools—to help them control, predict, plan—fail them. And worse, their ways of thinking and feeling about the issues at hand fail them too.

Frustratingly, the fact that our reflexes lead us astray in complex and uncertain times doesn’t seem to make us less likely to use them. The cognitive and emotional shortcuts honed over the course of tens of thousands of years of evolution are so automatic that we use them without even noticing whether they’re helpful or not. Part cognitive bias, part neurological quirk, part adaptive response to a simple world that doesn’t exist anymore, they are “mindtraps.”

Perhaps the trickiest thing about these mindtraps is the way they combine to mislead us about the fact that we’re in traps at all. Unwittingly stuck in a trap, we tend to believe we should simply try harder rather than try something else. We need help to find the traps and then escape from them.

In my research into leadership and complexity, I’ve found five of the most pernicious and pervasive of these mindtraps. They answer the question I am often asked: What is the most important shift I need to make if I am going to lead well in complexity? In this book, we will identify the mindtraps, look at the ways they’ve served us so far, and consider why they don’t work so well anymore. We’ll also learn some powerful keys to unlock the traps and escape to new possibilities. You’ll see that

• We are trapped by simple stories.

• We are trapped by rightness.

• We are trapped by agreement.

• We are trapped by control.

• We are trapped by our ego.

Understanding new ways to notice and escape these mindtraps turns out to be a kind of super power that allows you to see new opportunities, create new solutions, and move forward with more finesse and less angst. And these ideas will help you at work or at home—anywhere your life has gotten more complex. Which, if you’re like Mark, is probably everywhere.