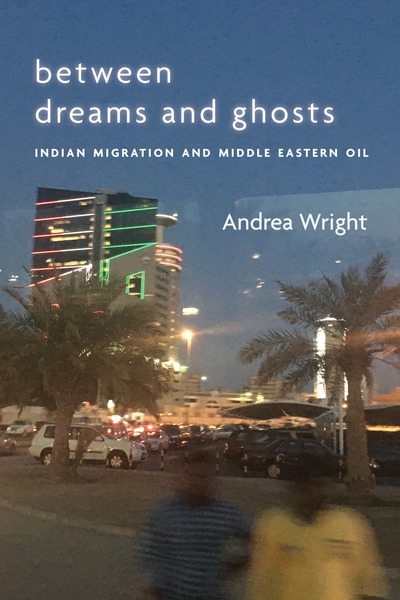 This introduction to this part begins by discussing a trip to recruit laborers for projects in the Gulf and the reasons one young man explained that he wanted to migrate. It introduces the challenges workers face working in the Gulf and the Indian government's regulation of emigration. It contextualizes labor in the oil industry—arguing it is more complicated than economic models of surplus and scarcity. Rather, labor in the oil industry is imbricated in histories of colonialism and imperialism. trade. dreams. and debt. It presents the case of considering labor in the oil industry with an ethnographic perspective that attends to the process of migration and the relationships that are formed in order to migrate.

Part I: Of Mangoes and Men
chapter abstract

This introduces the following three chapters, which focus on the process of migration. It considers how recruiting agencies' histories (in trade or religious pilgrimage) and British colonialism in the Arabian Sea have an impact on the contemporary migration of Indians to work in oil fields.

This chapter looks at how energy companies hire workers through recruiting agencies in India. It demonstrates that relationships and networks influence who is hired for positions. It looks at how networks are shaped and maintained, including through understandings of locality, gifts, the exchange of money, and circulation. It also shows how prospective migrants are affected when their networks are ineffective.

This part introduction introduces the reasons for migration through discussing how migrants weigh familial obligations with consumer choices, which my interlocutors describe as being seduced by the glitter (chamak) of Dubai and forgetting one's familial obligations. It also shares how people encourage migrants to fulfill their familial obligations through juxtaposing a good son with a story about a migrant who does not fulfill obligations and meets an untimely end.

This chapter considers how migrants fulfill their gendered family obligations as sons and brothers through migrating and buying gold for their sisters' or daughters' weddings. This gift, also known as dowry, is given from the bride's family to the groom's family at marriage. It also examines how the sisters and wives of migrants engage with this gift and work, in uncelebrated and gendered ways, within the home to create and sustain familial relationships.

Five: The Rig and the Temple
chapter abstract

Many Indian migrants come from minority communities in India. Despite contemporary Hindu nationalist (Hindutva) politics that excludes these communities from participation in India's development and future, migrants make claims for their work abroad as directly contributing to the nation's development and future. In addition, they draw on their experience working with Europeans and Americans to criticize the Indian hierarchy, and they also critique American and European practices by arguing for the responsibility of individuals to each other and to nature.

This chapter looks at the role of camps and security in structuring contemporary labor conditions in the Gulf. It considers the history of these practices and their current implementation. In addition, it considers how camps and security reinforce racialized labor hierarchies and the isolation of migrant laborers. It concludes by examining an abandoned camp and finds that it is not exceptional to the Gulf but is, rather, an extension of these managerial practices.

This chapter looks at how corporate risk is displaced onto the most vulnerable through contracting, subcontracting, and safety practices. It considers how safety is understood to be an individual disciplinary practice and obfuscates the structural issues that create unsafe working conditions. It examines how workers engage with and adapt this idea of safety through memes, such as one of Durga defeating the Demon of Unsafe Acts. It then draws parallels between the discourses around worker safety in the Gulf and the blowout of Deepwater Horizon in the Gulf of Mexico to demonstrate that the use of safety practices as an individual disciplinary technique is used in multiple situations to displace corporate risk.

In the conclusion, I consider how communities of returned migrants in India have organized themselves in order to put pressure on the Indian government for assistance. In making these claims, returned migrants critique government policies, economic changes, and corporate practices. I reflect on how the process of research, and following migrants, sheds light on the complexity of structural inequalities that lead to the treatment of some humans as disposable. I situate these discussions of neoliberal change in perspectives presented by migrants, oil company managers, and recruiting agents.